Boredom-Busting Facts About Board Games 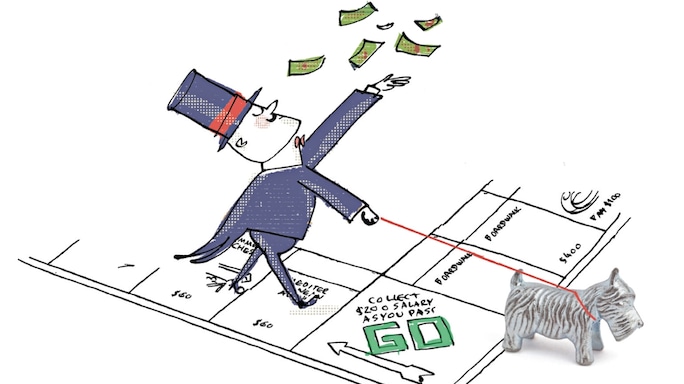 1 ) We have been playing board games—in some cases, the same board games—for millennia. Chess, checkers, backgammon and Go all have origins in the ancient world. King Tut was buried with multiple sets of an Egyptian game called senet. Ajax and Achilles still appear hunched over a board in the midst of play on hundreds of pieces of Greek pottery. And the Ashanti people of Ghana are believed to have created a board game called wari, which you may know as mancala.

2) It wasn’t until the 19th century that board games began to be sold commercially. The first, Mansion of Happiness, came out in England in 1800. The ‘mansion’ was heaven, and players raced to get there. Decades later, Milton Bradley reworked—and rebranded—it as The Checkered Game of Life. It was the only board game Bradley personally worked on.

3) Another popular racing game, Parcheesi, has roots in ancient India, where it was called pachisi, from the Hindi word for ‘twenty-five,’ the highest possible outcome of a single throw. But whereas Americans only tweaked the name, the Brits decided to call it Ludo (‘lew-doh), Latin for ‘I play.’ So when Englishman Anthony E. Pratt developed his murder-mystery board game in 1943, he called it Cluedo, playing on Ludo.

4) In international versions of Cluedo, the colourful cast can look quite different from the US version. Professor Plum was originally called Dr Orange in Spain. Mr Green goes by Chef Lettuce in Chile. Mrs Peacock is Mrs Purple in Brazil and Mrs Peri- winkle in France and in Switzerland, she’s Captain Blue, a man.

5) Board games occasionally inspire screenwriters.There’s the 1985 whodunit Clue, the 2000 fantasy film Dungeons & Dragons, and the 2012 action movie Battleship. Even the 2014 horror flick Ouija is technically based on a game, as the Ouija board was patented as a toy. Hasbro still sells it as a ‘family game’.

6) At least one board game is being adapted  into a television show, although its creator was a famous film- maker. Albert Lamorisse, who wrote and directed the 1956 Oscar-winner The Red Balloon, also created a board game he called La Conquête du Monde (Conquest of the World). Never  heard of it? That’s be- cause Parker Brothers bought the game and renamed it Risk.

7) Another game inventor, Alfred Butts, first called his creation Lexiko, then Criss Cross Words, before settling on Scrabble—a word that means ‘to hold on to some- thing.’ And that’s exactly what Butts did, as it took years for the game to gain traction. Today, is sold in 121 countries, in more than 30 languages. By 2017, more than 150 million sets had been sold worldwide.

8) It was over a game of Scrabble that Chris Haney and Scott Abbott came up with the idea for their game, Trivial Pursuit. Its success launched a years-long legal battle from an encyclopaedist who claimed Haney took trivia from his books, something Haney readily admitted to doing. In the end, a federal court decided you can’t steal trivia and dismissed the suit. During the 1980s, Trivial Pursuit outsold even Monopoly, racking up $800 million in sales in 1984 alone.

9) At the highest levels of play, it’s not all play money.The national Scrabble champion takes home $10,000 (₹8,17,874); the world champion earns twice that. The world chess champion, Norwegian Magnus Carlsen, earns about $7,50,000 (₹6.13 crores) a year playing in chess tournaments. Even the Monopoly world champion takes home some real cash: $20,580 (around ₹16.8 lakhs), the amount that comes in a standard Monopoly game.

10) The man who sold Monopoly to Parker Brothers in the 1930s, Charles Darrow, often receives the credit for creating the game. But it was Elizabeth Magie who, decades earlier, earned a patent for her invention, ‘The Landlord’s Game.’ Players purchased rail- roads, paid rent, and occasionally ended up in jail. Ironically, Magie’s aim with the game was to show the evils of accumulating wealth by bankrupting others.

11) Monopoly made a splash even in communist countries. Fidel Castro banned the game in Cuba, and while Richard Nixon and Nikita Khrushchev had their ‘kitchen debate’ at an American trade show in Moscow in 1959, all the Monopoly sets that had been brought in were stolen. But an even more dramatic bit of board game history occurred during World War II. Since POWs in Germany were allowed board games, American troops hid maps, compasses and real money inside Monopoly sets to help prisoners escape.

12) While there are plenty of board games about war, illness is another recurring theme. There’s Operation, with its perennial patient, Cavity Sam. The polio epidemic of the 1940s prompted Eleanor Abbott to create a game for children to play in quarantine. Its name: Candy Land. And following the 2003 SARS outbreak, Matt Leacock dreamed up a cooperative board game—one in which the players all win or lose together— called Pandemic.

13) Thousands of new games are released each year. How can you tell which are best to buy? One reliable indicator is the Spiel des Jahres (‘Game of the Year’ in German), considered the most prestigious award for board games. Previous winners include Settlers of Catan, Dominion and Ticket to Ride. If you prefer to support aspiring game makers, you’ll find hundreds of proposed projects on crowdfunding sites such as Kickstarter.