From Vadodara to the British Parliament, Meghnad Desai has lived a remarkable and illustrious life. Author of books such as The Raisina Model, The Rediscovery of India and Hubris, the economist and politician has recently released his autobiography, Rebellious Lord. 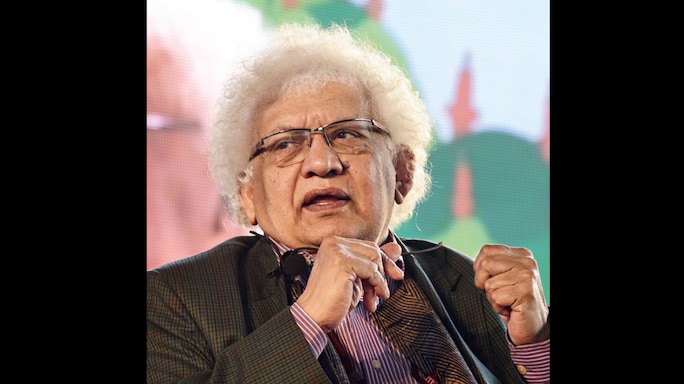 When I was about nine, I read this Gujarati novel 28 times. My father said he wouldn’t allow me to ever read the book again. This glorified medieval history of Gujarat was altogether thrilling for me.

De Maurier’s lovely, mystifying prose forced me to read this book again and again. I have always found it enjoyable to read a book that has a big secret or mystery at its heart.

Compared to Huxley’s more cynical Brave New World, this is a more social novel which talks about English society of the late ’20s and early ’30s. The book is sexually bold and looks at people’s affairs in a very adult way. I had grown up a little by the time I read it, and for some time, it was my favourite.

It’s hard for me to think of a novel greater than Ulysses, and of a novelist greater than James Joyce. The book, I would argue, is as readable as it is accessible. When in Dublin, I walked the same route Stephen Dedalus did. There were only 500 copies printed of the book’s first edition and I now have one. It’s one novel I can’t get enough of.

I got to read the first draft of this novel because it was my wife who wrote it, but I remember not being able to sleep at night after I read it. The book went on to win the Costa Book Award in 2010. I write novels too, but I don’t think I would ever be able to write one as well as she does.

We were all obsessed by T. S. Eliot in college and we all thought that we could write like him, but that proved to be bloody difficult. To understand Waste Land, for instance, I did have to read books about Waste Land, but finally, Eliot’s influence on me was immense.

I remember translating this play into Gujarati and staging it in Mumbai. Not only did I think this was a great play, I also felt Ibsen was radical in the way he looked at human relations. The play’s climax and last act were both earth-shattering.

Tennessee Williams was a very strong, powerful playwright and this play of his was just so delicate. Rather than sex, we see how friendship makes his central character escape the ordinary. I found that very moving.

When people think of Henry IV, they think of Shakespeare, but in Pirandello’s play, an aristocrat falls off his horse while playing Henry IV and comes to believe that he is the emperor himself. In my mind, this is one of the greatest plays ever written. I remember seeing six consecutive performances of it.

This, I believe, is a literary classic. People think it’s a book about communism, but it’s a lot more than that. It brilliantly describes revolution in the 19th Century, and after you have read it several times like I have, you start to see that it is almost poetic. You also realise that this one pamphlet has all the drama you could ever ask for.