#150YearsOfGandhi| A Quiz On The Mahatma

How well do you know the Father of the Nation? 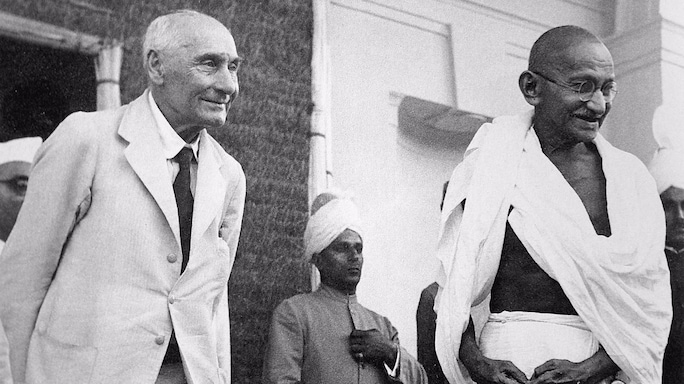 1. "Generations to come, it may well be, will scarce believe that such a one as this ever in flesh and blood walked upon this earth." Who said this about Gandhi?

2. One of the virtues of this mythological character left an impression upon Gandhiji for life when he watched a play based on him. Name the character.

3.  The Story of My Experiments with Truth was originally written in Gujarati. Who translated it into English?

4. Which word did Gandhiji spell incorrectly as a child when the school inspector gave dictation test to his class?

5. The picture of Gandhi on Indian banknotes is cropped out of a photo of him that was originally clicked with British politician _____________. (Fill in)

6. How old was Gandhi when he was called to the bar (deemed qualified to argue in court)?

7. Gandhi left India only once between 1914 and his death in 1948. What was this visit initially planned for?

8. How many times was Gandhiji nominated for the Nobel Peace Prize?

9. Which feature of the Indian banknote did the 1996 ‘Gandhi Series’ replace?

10. Which bhajan written in Gujarati in the 15th century by poet Narsinh Mehta became popular for being sung at Gandhi’s Sabarmati Ashram and is still associated with him?

7. To attend the second Round Table Conference

9. The Lion Capital on the Ashoka Pillar

Do You Like This Story?
12
3
Other Stories
Please enter valid text
corona updates
Must Reads
Latest Issue