"We need our boys to have female icons to look up to ...": In conversation with author Kiran Manral

Author Kiran Manral on the defining changes in the trajectory of our nation and on the need to have female role models not just for young girls but also for young boys. 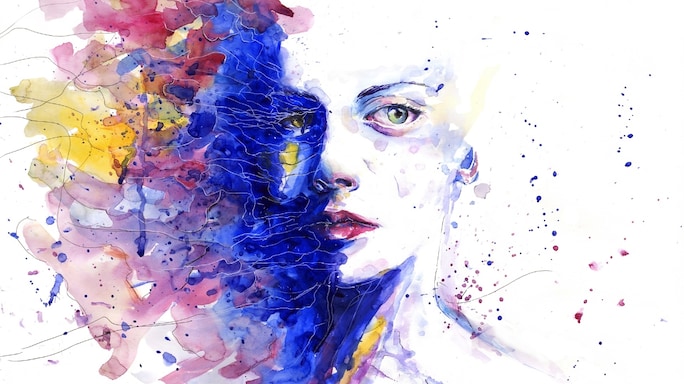 Kiran Manral is a novelist who cuts across genres with the ease and dexterity of a master of the art. From romance and parenting to thriller and horror, across fiction and non-fiction, her repertoire is vast and varied. The latest addition to her non-fiction list is Rising: 30 Women Who Changed India, in which Manral documents the lives of 30 inspiring Indian women who changed the course of the nation. At once informative, engrossing and accessible, it is a timely and relevant book for the age we live in. In a world where women’s achievements are largely overlooked, their contributions undermined and their history obscured, this book acts as an antidote to the collective amnesia around the efforts that women have made in shaping the nation’s trajectory since the time of Independence. Excerpts from RD’s conversation with the author:

What was the driving force behind writing this book? What inspired you to write about the lives of these women leaders?

This book came about with a call from Rupa Publications, about my interest in writing about 30 inspiring Indian women, who had created a mark for themselves, fought odds and through their lives became examples one could hold up to the younger generation. While a lot of in-depth biographies are out there, these tend to be too overwhelming for young readers in high school and colleges. I wanted to write a book that even adolescents, teens and young adults and older could read and find short glimpses into the lives of these extraordinary women. This is an important book that should also be part of the reading list of young boys too, because we need our boys to also have female icons to look up to.

What was your selection criteria and process while choosing these 30 names?

There can be no definitive list of 30 women who changed India. There are many, many women who have impacted the social and cultural ethos of this country. I was clear that the women chosen to be in the book had to be a mix of known and unknown names; that celebritydom was not going to be the main criterion for inclusion; that glamour and fame were important, but so was their journey and struggle. So I considered women from around the time India was emerging out of British rule, right up to contemporary times. I looked at women who came from extremely strained circumstances, as well as women who were born into royalty, and how they each went beyond the boundaries of circumstances to make a difference.

How do you define a leader that 'changes' a nation? How would one define a substantive transformation in a country’s journey?

The word ‘change’ has a plethora of implications, but the one I would assign to the subtitle of this book is ‘transformation’ or ‘modification’. These transformations might be subtle or they might be massive. They might be something as gigantic as Lata  Mangeshkar defining the female cinematic voice in India for over three generations, or it could a Chhavi Rajawat standing for the post of Sarpanch in a state as patriarchal as Rajasthan. These are cumulative transformations, each building on the other. Anita Desai wrote her books within the confines of domesticity. Amrita Sher-Gil defied all attempts at categorization and painted unfettered. The journey of a nation is a constant iteration of battles, victories, failures. This is also true of the nation’s women—the struggles have been fought before, the struggles continue, each generation must fight their own, and take heart from the ones fought by those who came before them. I would think that one cannot define a substantive transformation of a nation—one has to experience it. And we’re still a long way from experiencing a transformation where women truly don’t have to define their primary identity as women first and as professionals or achievers second.

What would you refer to as a defining factor in the lives of 'great' women, which earns them that epithet?

I think it would be the refusal to accept being boxed into what society defined as their confines, of daring to go beyond what was ‘permitted’ or ‘acceptable’. And most importantly, their belief in themselves. I think self-belief and passion is so very vital to their journeys and it is something we all can learn from. How would you compare the trajectory of a 'great' woman with that of a 'great' man? How different or similar are they?

I don’t think the two can be compared. While men have had their struggles, women’s struggles come with an added layer of gender-based social constructs, biases and misogyny that they need to deal with and overcome to reach where they have. And this makes their struggle twice as intense when compared to that of a man perhaps in similar circumstances. Like they said of Ginger Rogers, she did everything that Fred Astaire did but backwards and in high heels.

Does the presence of women in leadership positions impact the lives of women on the periphery of society? How much does representation matter, and what changes does it set in motion at the grassroots level?

Representation absolutely matters. For young girls looking for inspiration, seeing a woman in positions of power gives them the courage to believe that they too perhaps can achieve the same, that their voices will be heard and understood. Which is why I constantly say we need more women in senior positions in corporate India, more representation in Parliament, more women in electoral politics, more women in positions where they can influence and impact policy and decision-making on public spending. Whether health, education, or even legal rights, female decision makers at every level can definitely help in pushing policies that work for women.

Which writers would you say have had an impact on your own writing? Which women do you look up to as inspiring forces in your own life?

Writers who have inspired my writing are across genders, from P.G Wodehouse to Charlotte Bronte, to Terry Pratchett, to Stephen King, to Anuradha Roy, to Toni Morrison—so many, it becomes impossible to list them out for fear of leaving someone out. Someone who crept into some sentence somewhere in one’s own writing and made it weightier by the presence of their words long read years ago. In my own life, I would say my mother. She’s had the life that dramas are made of and she’s been a fighter throughout. If I have half the strength and determination she has, I would be happy. From public figures, I’ve been immensely inspired by the story of Amrita Pritam who features in Rising. There’s Coco Chanel who put women into power suits. Emmeline Pankhurst who fought for a right we women take for granted today—the right to vote. When women today say “I’m not a feminist,” it is the struggle of women like Emmeline that they disregard and dismiss. And perhaps also Rosa Parks, who simply refused to comply with what was unjust, to stand on command, and with that single act of defiance, sparked a revolution.