For all her achievements, she remains an enigma, shunning the spotlight and living a quiet life in her hometown post her retirement. Her photographs show a determined expression: her head firmly covered with her saree’s pallu, spectacles lodged on the bridge of her nose and her matter-of-fact demeanour.

Justice M. Fathima Beevi began her journey to the Supreme Court from a small village in Kerala. She was born on 30 April 1927, in Pathanamthitta town in the erstwhile princely state of Travancore in Kerala in pre-Independence India. Born to Annaveetil Meera Sahib and Khadeeja Beevi, she was the eldest of eight siblings. As a young girl, Fathima was an earnest student, and her father, a government servant, encouraged both his sons and daughters equally to study well. She did her early schooling in the Catholicate High School in Pathanamthitta and passed her matriculation in 1943, going on to study Science for six years in Trivandrum (now Thiruvananthapuram), where she graduated.

At the time, for a young girl to live apart from her family and go to the city was a bold move, and her father backed her decision wholeheartedly. She wanted to pursue her MSc in Chemistry but her father dissuaded her. He felt that if she did her MSc, she would end up as a college teacher or a professor in Trivandrum. He was ambitious for her and wanted her to study law. In keeping with his wishes, she joined the Government Law College, Trivandrum. At the time, Anna Chandy was the first woman judicial officer working near Travancore. Her father was very impressed by Chandy’s achievements and perhaps, she motivated him to dream of his own daughter making her mark in the judiciary.

An earnest and hard-working student, Fathima Beevi was but one of the five girl students in her class to enrol. After that, she did an internship under a senior lawyer for a year. In 1950, she would make the first of the many firsts her career was dotted with. She became the first woman to top the Bar Council of India’s exams and was awarded the Bar Council gold medal for 1949–50.

Her formal career in law began on 14 November 1950 when she was enrolled as an advocate in the lower judiciary in Kollam, Kerala. She was an outlier in the courts of the time. Men dominated the premises and women were barely seen, especially in positions of authority. That said, she faced many a raised eyebrow, questioning glances and even censure, being the only woman and that too one wearing a headscarf, in the court. She went on to practise for nearly eight years in Kollam. To quote her, ‘Judicial service was more attractive than the practice at that time. Women were not very much encouraged by the general public, very few succeeded as lawyers.’

In 1958, she was appointed as a munsiff in the Kerala Subordinate Judicial Services, and a decade later, promoted to subordinate judge in 1968. She rose swiftly in the ranks then on; she was made chief judicial magistrate in 1972, and district and sessions judge in 1974. In January 1980, she was appointed the judicial member of the Income Tax Appellate Tribunal and three years later, on 4 August 1983, to the Kerala High Court as a judge. It was a meteoric rise by any standards, given the times and lack of diversity in the judiciary back then. She was now the first Muslim woman to be appointed to the higher judiciary. A year later, she was made a permanent judge of the Kerala High Court from which she retired in April 1989. However, barely a few months later, she was appointed to the Supreme Court as judge in October 1989, making her the first female judge of the Court. This was indeed a watershed moment in the history of the Indian judiciary. In an interview with Scroll.in, she would say of this historic moment, “I opened a closed door.”

Some would say that her appointment to the Supreme Court over other senior judges was a political decision by the then Prime Minister Rajiv Gandhi in the wake of the controversy over the Muslim Women (Protection of Rights on Divorce) Act of 1986. Whether or not it’s true, it was indeed a momentous appointment. It had taken the Supreme Court of India almost four decades after Independence to appoint a woman as a judge. Even today, decades later, the representation of women in the judiciary is far from equal to that of men.

In a 2016 interview with The Week, she was asked if she felt the Indian judiciary was patriarchal. Her response was unequivocal. “Absolutely. No doubt about that.” To quote her further:

“There are many women in the field now, both at the bar and in the bench. However, their participation is meagre. Their representation is not equal to men. There is a historical reason also for that ... Women took to the field late. It will take time for women to get equal representation in the judiciary. When I went to Law College, there were only five girls in my class in the first year. The number went down to two or three in the second year. Today, in law colleges, we are seeing that a good percentage of the students are women.”

With this appointment she would also become the first woman judge of a Supreme Court in Asia. She would also be the first female Muslim judge of a Supreme Court in India and Asia. She is reported to always have been courteous and balanced in court, and made it a point to be well prepared with the case history whenever she heard a case. She was reportedly in favour of reservations for women which could possibly increase the number of women judges at the higher judiciary. To quote her on this, “However, there should not be any discrimination between candidates on [gender basis]. A woman should get equal treatment and equal consideration.” 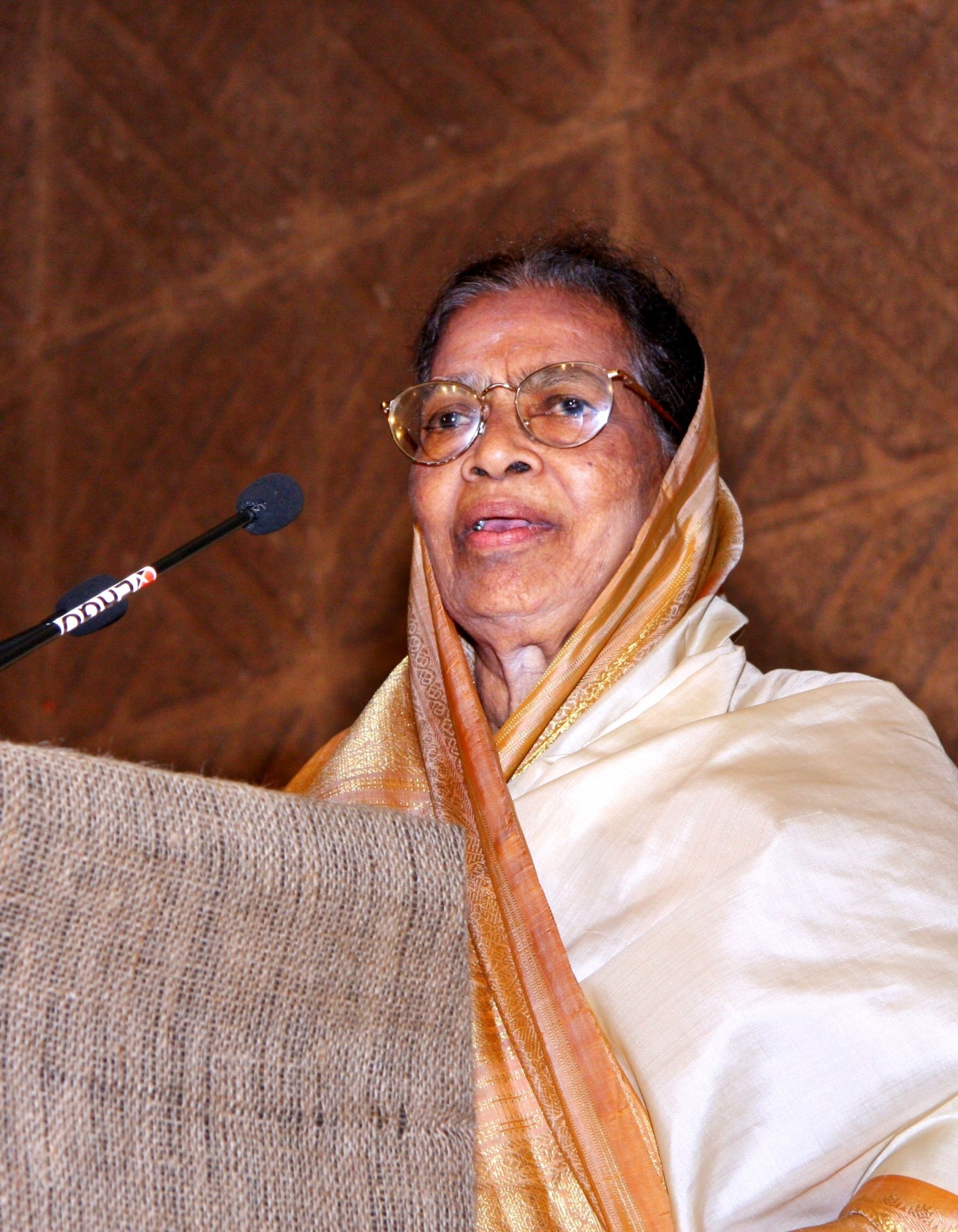 After she retired from the Supreme Court in 1992, she was appointed as the governor of Tamil Nadu five years later on 25 January 1997 on the recommendation of Dravida Munnetra Kazhagam (DMK) chief M. Karunanidhi. On her appointment, the then President of India, Shankar Dayal Sharma, said, “[her] experience of and insights into the working of the Constitution and the laws comprise valuable assets.” She was an unassuming governor, unswayed by the pomp and pageantry that came with the office. In fact, so simple was she that it was said she lived like a recluse in Raj Bhavan.

Her term as the governor of Tamil Nadu was rocked by a major controversy over the appointment of Jayalalithaa as the chief minister of Tamil Nadu. As the governor, she had accepted Jayalalithaa’s contention of majority after the assembly elections, although Jayalalithaa had been convicted under charges of corruption and barred from contesting elections for six years thereafter. Fathima Beevi had invoked Article 164 of the Constitution, which allows a non-member of the state legislature to become the chief minister, accepting Jayalalithaa’s claim that she had “the will of the people.” Of the decision to swear Jayalalithaa in as the chief minister of Tamil Nadu and the ensuing controversy, M. Fathima Beevi said in a later interview to Scroll.in: “She was acquitted and had no charges of corruption at the time I appointed her. I had even consulted Supreme Court judges before considering it. And they all agreed with me. I talked to Fali Nariman. I talked to Chief Justice Ahmadi. All of them agreed. I had legal opinion also for doing these things; I did not do anything spontaneously or randomly. I thought about it, I have worked on it and then only I have taken the decision. But views differ. I didn’t want to continue there when some conflict arises, so I just resigned and came back.”

This was in July 2001. This was then an ignominious close to a glorious career that had made her the first female judge and the first Muslim woman at the Supreme Court. She had been a quiet governor during her ill-fated term, little seen, little heard. She kept to herself, performing her constitutional duties without any of the pomp or pageantry normally associated with the office of governor. She vacated the Raj Bhavan in a similar manner too, without any fuss. Once the unpleasantness had set in, she felt, it was impossible to continue in the position. In retrospect, she is reported to have said that she enjoyed the position of the judge better than that of the governor, because she felt she had more freedom as a judge to perform her duties.

After resigning from her position as governor of Tamil Nadu, she returned to her ancestral home at Pathanamthitta in Kerala, to live out her years in relative seclusion. She resigned at the age of 73. She lives out her retirement as quietly and unobtrusively as she lived while in the eminent positions she held. Excerpted with permission from Rising: 30 Women Who Changed India by Kiran Manral, published by Rupa Publications. `

To read an interview with the author, click here.