'A Storm Ends Many Things, But It Also Is A Force Of Regeneration': Amitav Ghosh

The Director of the Tata Steel Kolkata Literary Meet speaks to The Great Derangement author on cyclone Amphan and navigating our troubled relationship with nature. Here, excerpts from the conversation 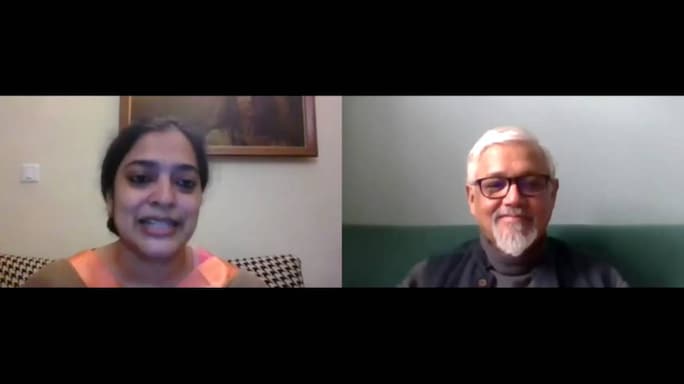 Malavika Banerjee (MB): Good evening everybody and a very good morning to Amitav who is joining us for this morning cup of coffee from Brooklyn.

Amitav Ghosh (AG): Thank you very much for inviting me, and it’s such a pleasure to be with you and to be with all the attendees.

MB: It was an afternoon very few of us in Bengal and Kolkata will ever forget. Let me quote to you from your book [The Great Derangement]:‘Who can forget those moments when something that seems inanimate turns out to be vitally, even dangerously alive.’ So before we reach the stories of that afternoon on 20 May—when did you first hear about Amphan? What made you reach out to all your friends in Kolkata and warn them that they are in harm’s way?

AG: Well … I saw something on Twitter and then I wrote to my friend Adam Sobel, who is a climate scientist at Columbia University and a specialist on cyclones—he has actually worked on cyclones in the Bay of Bengal. At first, of course, one does not want to overreact straightaway—so I just watched and waited, while Amphan was just smaller than a fist.

MB: When was this?

AG: Let's see, I think it was about last Friday [15 May] …Adam sent me a note where he sounded concerned, even though he was very careful to be neutral in his tone. I started speaking to my sister, who is in Kolkata with my bedridden mother and my niece, around Friday, warning her. Then thought I should warn my friends as well.

MB: Did you expect it to be this ferocious?

AG: Honestly, one doesn’t know. With Fani, I was extremely concerned, but Fani veered, and that often happens with cyclones—they swerve, they veer, they move away. One of the reasons why people in Kolkata were so lackadaisical about this one is because they thought it would veer… and there is really no reason for that kind of complacency. This one did weaken considerably—by the time it hit south Kolkata wind speeds were 120 kmph, whereas when it hit the coastline it was in the 180s.

MB: How do you rate the preparedness that was there before Amphan hit, with the sophisticated warning systems we have now?

AG: See, the India Meteorological Department did an amazing job. They forecasted its path very well—tried to warn people way ahead—but what was really shocking is that the newspapers in Kolkata didn’t seem to know, or care. They were not putting out the word, warning people. My sister told me she finally saw it in the media the day before the cyclone actually struck, which I think is just shocking … 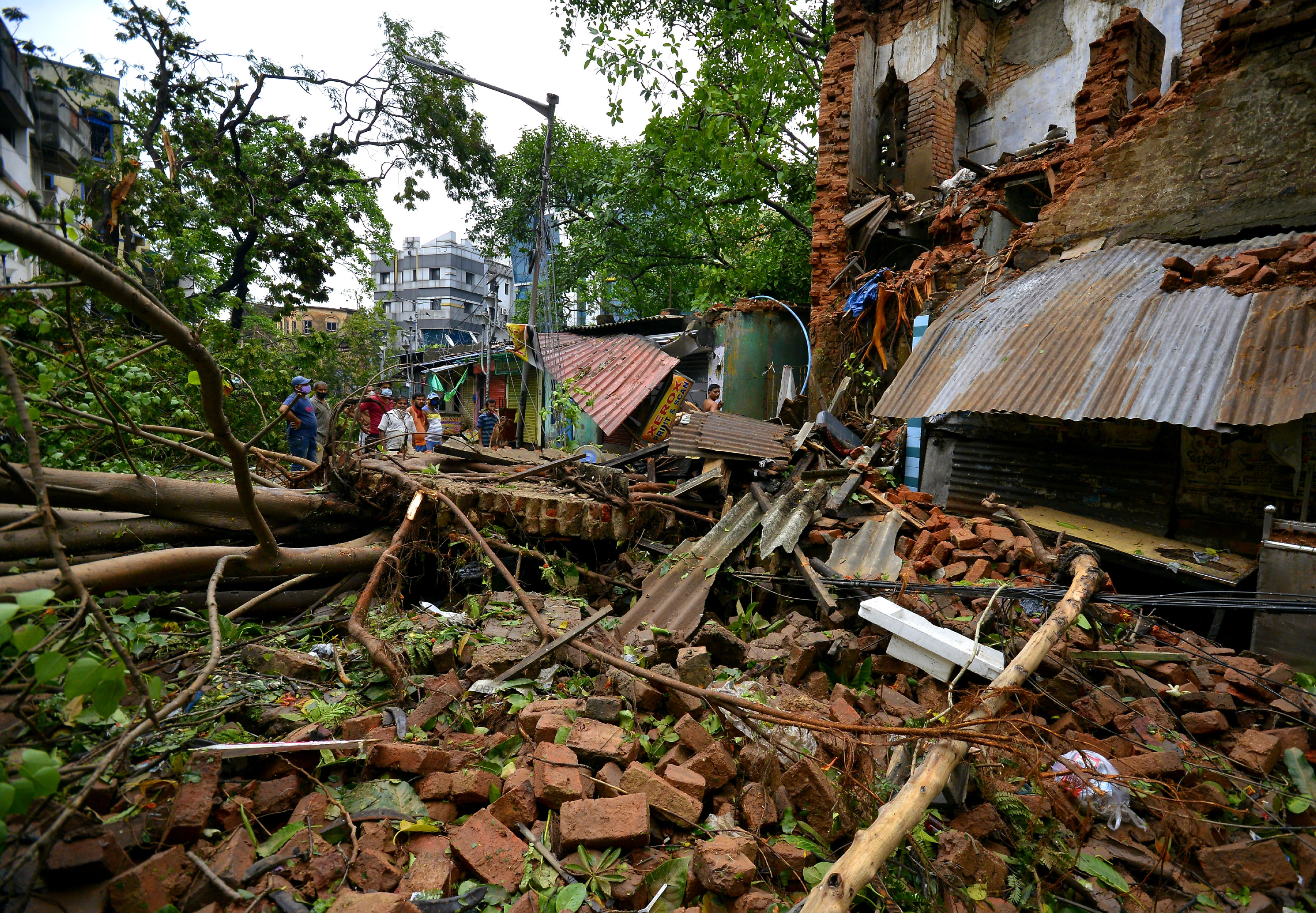 MB: The good news is that we had a lot of public announcements on the street … telling people from the day before that this was coming and they should be careful … One of the people attending this webinar has asked about how this ties back to your concerns about climate change. Do you think global warming had anything to do with the force of the storm when it made landfall?

AG: See, global warming is not the cause of the storm as such of course, but from what we know, it’s always in the background—it intensifies a storm like this.

MB: How does that happen?

AG: Well, in several ways. Tropical storms draw their energy from water surface temperatures and the temperatures are exceptionally warm. Oceans don’t warm evenly—some parts warm faster than others, and both the Bay of Bengal and Arabian Sea are warming at record rates, so it makes sense that all that excess energy will translate in some way into storms. The other thing is that because the air is warmer it holds more moisture, so when rainfall happens it dumps more and more rain, which is why we have been seeing all these rain bomb events. Bombay has been hit several times by rain bomb events. I am not a scientist, but I follow what scientists are saying, I follow their work—Michael Mann … Kerry Emanuel—there is really no doubt that global warming is going to intensify cyclones … James Hansen—one of the great climate scientists—along with some collaborators, published a major paper some years ago arguing that we are heading for superstorm events—storm events on a scale that completely dwarf what people have already seen. So we have to prepare for the future. [This interview was done well before Nisarga hit the Maharashtra coast.]

MB: You mentioned that the frequency could increase. Fani took place around the 24th or 25th of April last year; in November or thereabouts, we had Bulbul; in May we have Amphan. Do you think there has been more activity than normal over the Bay of Bengal?

AG: The Bay of Bengal has, over the last two to three hundred years, been a huge storm breeder … Climate scientists predict that some of this activity is now moving to the Arabian Sea, which has actually seen a huge increase in the number of storms, going back to 1998 and onwards. We have a history on the east coast of being hit by storms, so we have put in place a lot of mechanisms over the last 20 years for coping with these storms… but on the west coast … they don’t have these preparations—that’s what really worries me… Mumbai is completely exposed. It’s just sitting directly on the ocean …

MB: Bachi Karkaria has joined us from Bombay. She is adequately frightened by your dire predictions for her city but she has asked whether this is the time … for us to be more mindful, at last, about the way we live.

AG: Of course. Look, I have been trying for years to get people in Mumbai to pay attention to the risks … Actually one of the good things that came out of writing The Great Derangement is that groups have started working on Mumbai storm threats. Adam Sobel for example … tells me that our preparedness for a major storm in Mumbai just isn’t there. He spoke to disaster management officials there and they basically said that their only form of preparedness for cyclones is telling fishermen not to go out to sea, but that’s not what we need … Mumbai is just a tiny … man-made peninsula … In the event of a storm, how will you evacuate Mumbai? Especially if there is a storm surge coming—how will you get people out? We have seen with this COVID crisis, getting migrant workers out of Mumbai was so difficult … The possibilities are just horrifying … it’s really, really necessary to be prepared … Devastation in the wake of cyclone Fani (Photo: Shutterstock)

MB: In your own personal, literary history … The Hungry Tide has this climactic scene, a storm with Fokir and Piya caught in it. You have always said that we don’t have real climate incidents as part of literature any more, in the way Bibhutibhusan had it in Aam Antir Bhepu. Do you think your works will have place for Amphan in the future? Do you think Bengali writers will take inspiration from these strange times, when we have an epidemic and then a storm, to start off a literary journey that doffs its hat to climate change?

AG: Bengali literature, historically, has been very responsive to environmental issues simply because we live in such a difficult environment, in a way. We have these terrible monsoon inundations … if we think of Adwaita Mallabarman or Pather Panchali—really all of it, the whole narrative arc of Pather Panchali hinges upon that storm; he works it so beautifully into the narrative of the movie. It’s profoundly moving and incredibly powerful … So in the past we certainly have had this kind of responsiveness to these events, and if you go back further, Bengali mongolkabyos are full of events like this. Monosha Devi, for example, is also in some way the goddess of storms—she cooks up storms to torment Chand Saudagar …

MB: […] on the preparedness which is required in an urban centre like Kolkata—what can we do to face nature’s fury when it comes … what are your suggestions for the future?

AG: […] I think the most important thing that the government can do in terms of preparedness is to consult with NGOs … and other environmental groups that have been active in Kolkata for a long time. We should really pay attention to the placement of trees, especially in relation to power supply and other cables. One of the most important things we can do is to … try and move all kinds of utilities underground … Also, there should be more planning for evacuation, especially in Kolkata where again there are a lot of people living on the streets, a lot of migrant workers … there should be more provisions for them.

MB: […] consumption—is it the root cause for all this that the planet is going through, from Australian forest fires to storms like Amphan?

AG: There is not a direct cause or link between consumption and something like a cyclone—but remember that of all the greenhouse gases in the atmosphere right now, half were put there since this … period of new liberalism … In these last 30 years, the world has seen an acceleration of production, consumption, circulation of goods, on a scale that has never existed before. And it’s been constantly increasing, until it was stopped dead in its tracks by the COVID-19 pandemic. So, these phenomena are not causally related, but they are cognate … For example, the pandemic—how did it spread so incredibly fast? It’s simply because our travel and communications have accelerated to this point. There were upgrades of influenza in China in the 1960s but never went beyond, simply because it was not then connected this way to the rest of the world. Epidemics are very closely connected to communication. I just read a very interesting article earlier today that says, basically, if you want to defend yourself against COVID-19, just stay away from capitalism. A car and trees burnt by Australian wildfires (Photo: Shutterstock)

MB: You have often been the prophet of what can lie ahead … but I think you cease to be a Cassandra and may be more of a Nostradamus … Thank you Amitav … Keep those stories coming and please stay safe during these very troubled times.

AG: Malavika, I’d just like to end by saying—don’t think of a storm as doom, as malign. The environment isn’t malign or benign—the environment is supremely indifferent to us. It does what it does, and a storm ends many things, but it also is a force of regeneration. After the storm passes, it regenerates a lot of things and that's how we have to think of our future. We have to generate new ways of being, in effect.

Excerpted, with permission, from the Tata Steel Kolkata Literary Meet