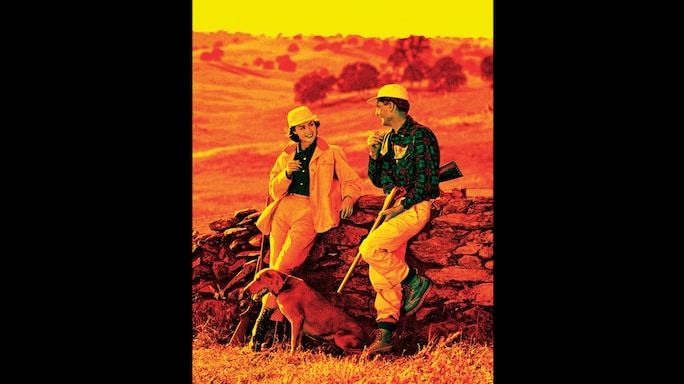 In ‘cigarette country’, television commercials show two or three handsome,rugged cowboys on beautiful horses. Or there are sports cars, planes or scuba gear. The scene is always one of clean, wind-swept health. The people have a look of supreme confidence; the lovely girls all smile.I know another country. It is a land from which few return. In this sad region there are no strong men, no smiling, pretty girls. Executives and store clerks there look very much alike, not only because they wear the same clothes, but because people living on the raw edge of a thin hope somehow get the same haunted expression on their faces. I am referring to cancer country. I have been there.

I am 44 years old, and have a wife and two small children. By 1963,I had a comfortable salary with an insurance firm, and the future seemed bright. In May of that year, I developed a slight difficulty in swallowing. Our family physician said that if it persisted for another week, he would arrange an appointment for me with a throat specialist. It did persist. The specialist diagnosed it simply as “a case of nerves”—a diagnosis that he was to reaffirm in October. Finally, in January 1964, convinced it was more than just nerves, I entered a hospital. And there the doctor told me, as gently as he could, that I had cancer of the throat.

The first thing that occurred to me was that I would die and Eileen, my wife, would have to give up the house.What a shame that my children would not be able to grow up in that house!We had bought it only two years before.

The doctor suggested that I enter a well-known hospital. Two days later, Eileen and I drove there. I was assigned to a four-bed room on the seventh floor of the east wing. This was known as Seven-East.

When I saw the three other patients in my room, I didn’t want to believe my eyes. It was suppertime, and the patients were eating. It wasn’t much like the television ads’ campfire scenes. These men stood by their beds and carefully poured a thin pink liquid into small glass tubes. Then they held the tubes high over their heads. The fluid drained down out of the tubes through a thin, clear plastic hose that disappeared into one nostril.

They had to eat this way because throat, mouth, tongue and oesophagus had been cut away in surgery.I could actually see the back wall of their gullets—the entire front of the throat was laid open from just below the jaw down almost to the breast-bone. Each of them had a large wad of absorbent bandage under his chin to catch the constant flow of saliva pouring out of his throat.

The sight of these ‘tube feeders’ shocked and depressed me more than anything since the day I learnt I had cancer. As soon as I had changed into pyjamas and robe, I rushed to the solarium where Eileen was waiting.Shaking, I lit a cigarette and stared about me at all the other patients,some of whom would be dead in a week or so.

The doctor assigned to my case found us there in the solarium. I made it clear to him that I never wanted to become like those other patients. I said that I would rather die than be cut up that way. He told me not to think about it, that perhaps such drastic surgery would not be necessary in my case.

A heavy snow was falling outside. Eileen had to leave to drive the100 kilometres home. I walked with her to the elevator, pretending a lot more optimism than I felt. “Drive carefully,” I said, and kissed her goodbye. The first few hours after the elevator doors closed behind her were probably the worst of my life.

I fled to the solarium, unwilling to face the surgical horrors in my room.Yet everywhere I looked there were patients whose tongues, pharynxes,jaws, throats, chins or noses had been removed. Many of them were waiting for plastic surgery to reconstruct their faces and necks.

For this, it is necessary to grow extra pieces of flesh. Through some sort of surgical miracle these ‘pedicles’ can be made to grow anywhere on the patient that the surgeon decides is best. One patient had flesh growing out of the side of his neck in a tubular U, like the handle on a suitcase. Another man had a pedicle growing from between his shoulder blades over his right shoulder to a spot in his throat just below the chin. It must have been 40 centimetres long.

I was torn between horror and pity.What might I look like soon? I reminded myself that surgery might not be necessary, and kept my eyes on the walls, the floor—anywhere but on the other patients.

The television set was on, and the cigarette commercials droned along,extolling the wonderful taste of the product. But these people who had smoked all their lives could no longer taste cigarettes—or anything else.

All the people in the commercials had wonderfully appealing voices,young and vibrant. But the patients around me in the solarium did not have very nice voices. In fact, many had no voice at all; their vocal cords had been cut away.

These voiceless wraiths carried pad and pencil to communicate. Others,whose throat openings had been closed, were able to use an electronic device that looked something like a flashlight. You hold it against your throat, and it picks up vibrations from the section where your vocal cords used to be.It produces a tinny, electronic voice—faint,but understandable.

Next morning, I was taken to the operating room for a bronchoscopic examination. This is very much like sword-swallowing. You tilt your head back as far as you can, and doctors slide a metal tube through your mouth and all the way down into your trachea. Your gag reflexes go crazy trying to eject this tube, and you find that it is completely cutting off your supply of air. All this time two or three doctors are taking turns looking down the pipe.

Occasionally they take a sample for a biopsy—lowering something down the tube that snips off a specimen of flesh here and there. I passed out from lack of air during the exam, and regained consciousness back on my bed. I was told not to eat or drink anything and to remain in bed for at least two hours.

In an effort to save my voice, so important in insurance work, it was agreed that radiation treatments would be tried. The treatments were not effective, and in August 1964 the doctors told me I would have to undergo surgery.

The night before the operation,knowing that I would never speak again, I tried to tell Eileen how much I loved her and the children. She was very brave. The next morning,on my way to the operating room, I remember praying and repeating the name “Jesus” over and over. It seemed somehow right that this should be my last spoken word.

Eleven hours later, I was brought back to my room. Except for an hour in the recovery room, I had spent all that time on the operating table. Next day, I learnt that the surgeons had removed my larynx, my pharynx, part of my oesophagus and a few other random bits and pieces. I was now one of those ‘surgical freaks’ whose appearance had so shocked me some months before. From this time on, I would breathe through a hole at the base of my throat called a stoma.

Knowing how odd my open throat made me appear, I felt completely cut off from humanity—a mere biological specimen. It was a difficult and lonely period of adjustment. Eight subsequent operations were required to reconstruct the front of my neck.Television helped pass the time.All of us there in Seven-East were, I confess, morbidly fascinated by the cigarette commercials. After smoking approximately 19,000 packs of cigarettes, I—we all—had turned out a bit different from those handsome fellows and beautiful young women.

Young people today are great believers in realism. It might be interesting, therefore, if some advertising agency were to do a cigarette commercial featuring a patient who has lost his throat to cancer caused by smoking. They could choose a man growing one of those flesh pedicles. Or the camera might slowly pan around the room, showing all of us still faithfully smoking brand X or brand Y—those of us who still had a complete mouth to put a cigarette into. They might even show the one total addict I met who smoked by holding his cigarette to the hole that led into his windpipe, through which he breathed air into his lungs.

We don’t ride horses or helicopters or sports cars in Seven-East. We ride wheeled tables to the operating room,and if we’re lucky we ride them back.Seven-East is only a part of cancer country. They treat lungs on the third floor. I thank God that I have not yet had to visit there.