10 Years Of Right To Education: A Progress Report

After a decade since the Right to Education Act was passed, experts from the field assess its key achievements and shortcomings “Come back soon, Ammi!” a teary-eyed Arhaan implored his mother, when she dropped him to school in April last year. It was his first day in Lucknow’s Blue Bells School. When Uzma Khan picked him up afterwards, he was beaming, ear to ear. Arhaan had qualified to study for free in this elite school under the Right to Education (RTE) Act. Uzma, a homemaker, and her husband, who works as a chauffeur, had always dreamt of a better life for their two children. And in that dream, private, English-medium education featured prominently. When their seven-year-old daughter Umra qualified through the RTE in one of the city’s prominent private schools in 2017, they were over the moon.

“They never really accepted her though. When I went to meet the principal, I was turned away. Umra is highly intelligent, and I didn’t want to spoil her chances. So I put her in a private school anyway,” she added.   So, when Arhaan got accepted, it was one less expense the family—with a monthly income of ₹8,000—needed to worry about.

“Much as though we wanted it, we wouldn’t have been able to manage good schooling for both. Right to Education came as a boon,” says Uzma, happy to be able to admit Arhaan to Blue Bells under provision 12(1)(c) of the RTE that provided for compulsory reservation of at least 25 per cent of seats in private schools for underprivileged children.

RTE came as a relief to millions like her. Akhtar Ali and Maqsoodan, residents of a resettlement colony in Delhi, tried to educate their firstborn Salma, unsuccessfully. Salma, now 28, dropped out of school after class 5. “She just refused to go—school was just an open space, with no toilets or any other facilities,” Ali, who works as a driver, said.

They admitted their second daughter Wasima to a private school around 2010 but could afford the fees (₹300 per month) for only a year. After the RTE was implemented, they admitted her to a government school in Chattarpur. “She is in secondary school now. It is a huge help that we don’t need to pay the fees or for books,” Maqsoodan said. Wasima, an RTE beneficiary, with her parents Maqsoodan (left) and Akhtar Ali (Photograph by Chandradeep Kumar)

August 2019 will mark a decade since the law was passed, making elementary education free and compulsory for children between the ages of six and 14. By 2030, India is poised to become the world’s third-largest economy with the largest young, working population globally. The RTE could usher in rich dividends in its growth story and help it gain a huge advantage over arch-rival China and its rapidly ageing population. It is well timed (never a day early, actually), but could India, with 35 per cent of the world’s illiterate, leverage education to accelerate its development? The story of these children illustrates at once how the RTE has been an asset, while highlighting the challenges that are holding it back.

The most important achievement of the RTE has been that it allowed India to achieve almost 100 per cent enrolment rates. The figures are nothing if not impressive—total school enrolment stood at a record 97.2 per cent in 2018.

Since the RTE was implemented in 2010, India managed to improve infrastructure. The fraction of schools with usable girls’ toilets doubled, reaching 66.4 per cent in 2018, according to Aser Centre’s Annual Status of Education Report (ASER), the only source of information on children’s learning outcomes in the country.

Its biggest failings have remained low learning levels, the lack of qualified teachers and compliance with section 12(1)(c) of the RTE law, that requires private schools to reserve 25 per cent of seats for underprivileged children.

According to ASER, numeracy and literacy standards remain sub-par, and are, in many instances, lower than standards recorded in 2008.

An inclusive school system has been another grave challenge that the law has been unable to address. “A major failing is the lack of specific provisions for children that most need access to education—the girl child, the SC/ST communities and minority communities. Lack of focus on specific communities means that there aren’t provisions to take care of their individual needs,” says Ranjana Kumari, director of the New Delhi-based Centre for Social Research, an advocacy group for women. She points out that the 25 per cent reservation of seats in private schools “does not tackle the issues around integration and provision of extra help to these students.” This also worries Saleem Khan, who runs the Saaras Foundation based in Lucknow. “If this could be addressed, 50 per cent of the loopholes could be plugged,” he says.

The other inadequacy of the Act has been that despite provisions, schools are lacking in qualified teachers. Many schools have been unable to meet the teacher-student ratio required by the act, although the percentage of schools complying with the RTE-mandated pupil-teacher ratio almost doubled since 2010, rising from 38.9 to 76.2 per cent   in 2018, according to ASER.

There was an imminent need to address the “flat learning curve for the child throughout later stages of schooling, not enabling social inclusion, uncertainty after class 8 for kids in public schools,” sums up Tarun Cherukuri, co-founder of the Indus Action Group, a non-profit organization working to ensure compliance with section 12(1)(c) of the RTE law.

“Now that the government has largely succeeded in ensuring quantity, the next intervention focal point should be on quality. So yes, RTE had to start with being Right to Enrolment, but now the time has come to move towards RTE being Right to (Quality) Education,” Cherukuri added.

That way, learning outcomes would improve significantly and children like Umra, Arhaan’s sister, and millions of others who have been denied their rights so far, can be included in its fold. There is no connect between different schemes of the government —between RTE and the Kasturba Gandhi Balika Vidyalayas (KGBVs)— for example, which can help increase access to education for girls from underprivileged and minority communities. It has, however, successfully closed the gap between girls and boys in school through better enrolment.

There’s been some improvement in infrastructure, though not satisfactory. Its major failing is that the quality and quantity of teachers at government schools has been abysmal, and not meeting the required teacher-student ratios. Also, educational institutions are failing to comply with the RTE standards and norms. 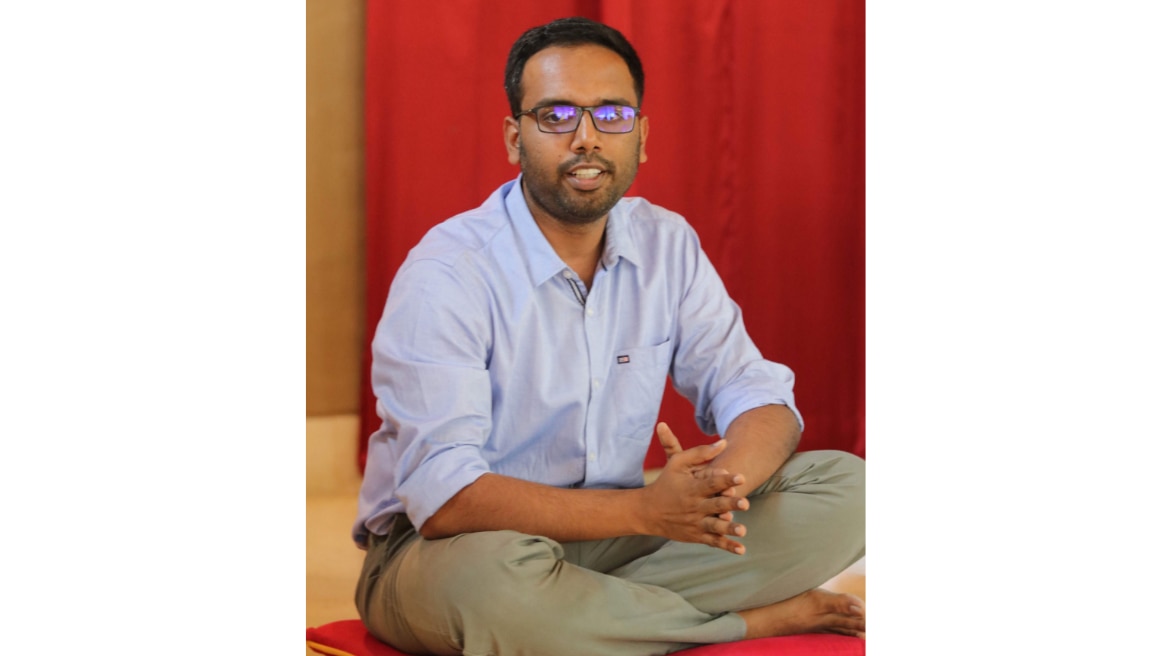 One of the most progressive and ambitious legislations ever passed. With such a diverse population and difficult geography of the country to cater to, it is inevitable that the legislation faces many challenges in its proper implementation.The system currently has largely succeeded on the input side. Outcomes in terms of bettering student results are still a distant reality.

The traditional approach to bettering the physical infrastructure, increasing the number of teachers for training, lowering teacher-student ratio and hiking teachers’ salaries has not really materialized. The focus on the input side was critical in the first few years. We should look beyond it. The soul of the RTE is access to quality education opportunities. 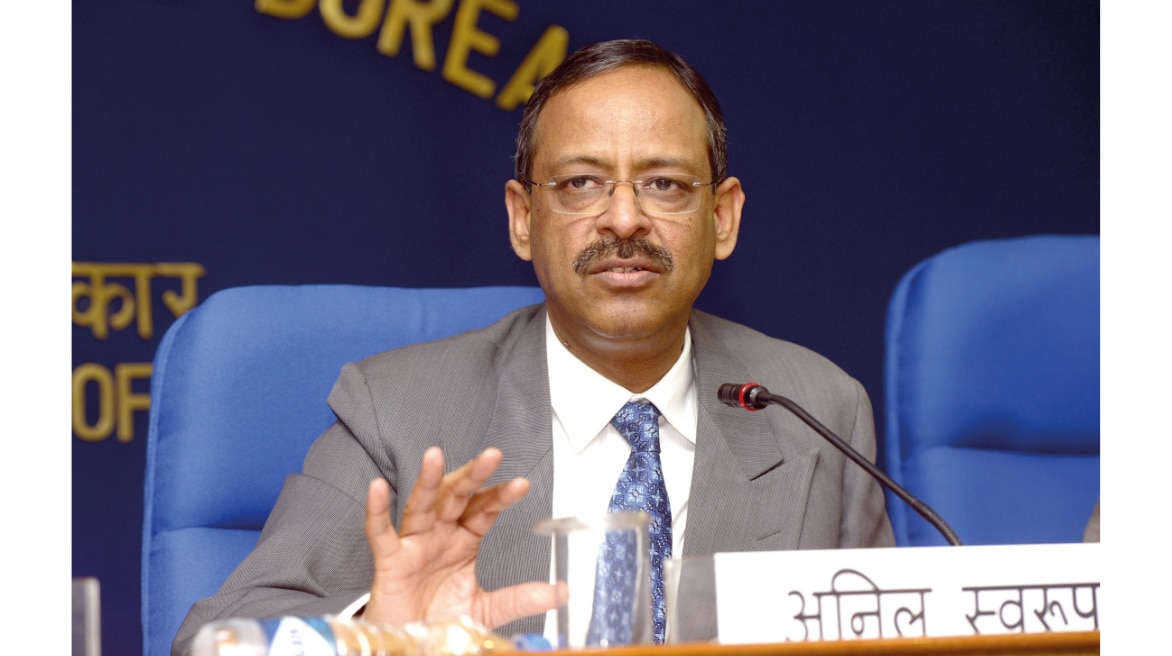 Only policies won’t solve the problems of school education. Clearly defined action plans, in consultation with the stakeholders, will. The focus has to be on implementation and not just “gyaan” [lecture]. More than the Educational Policy, in a diverse country like ours, we require action plans for each state separately on the lines of those already prepared for Jammu & Kashmir and Uttar Pradesh. Intellectual debates can continue but what is needed is action based on ground realities.

Policy will not improve learning outcomes. Action on the ground will. There are indeed some good ideas, some of which are not new. However, the key question is whether such ideas are politically acceptable, socially desirable, technologically feasible, financially viable, administratively doable and judicially tenable. The RTE was enacted at a time when India was already on a path to achieve steady enrolment rates. The RTE law has helped in improving infrastructure and quality of schools but it has failed to bring about a focus on improving foundational skills. The RTE Act did not undermine learning outcomes, but it failed to explicitly focus on this challenge.

India’s education system is reaching that trajectory now. What the RTE did was that it started a conversation around education in this country. But there was a complete disconnect between imagination of the law and its implementation. Lack of social inclusion is one of the biggest failings of the RTE law. The beneficiaries of the Act are facing various challenges. There are three categories of schools in India. Elite schools, middle- and lower-income schools. The middle and lower income schools are most compliant with the RTE provision of 25 per cent reservation for underprivileged children. But they are not getting their reimbursements from the government on time, which in turn, discourages compliance.

The government should come up with an online system of quick grievance redressal. There has to be proper checks and balances. I would say the RTE is about choice. But in our country underprivileged people do not have many choices. And if there are no choices, then there are no equal opportunities.