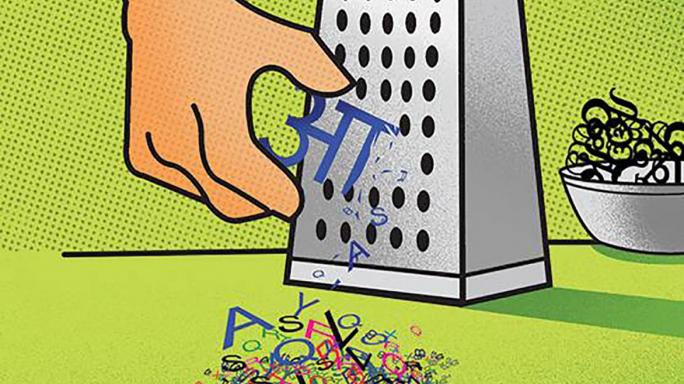 Once upon a time, a wedding procession, laden with gold, jewels, silverware and good cheer, made its way across two Indian princely states. The women and children rode in palanquins, while the men took their best steeds; the helpers and soldiers walked alongside. They passed through uncharted terrains, travelling in the daytime and halting as darkness descended. That night, as the revellers let down their guard in their camps, shrill cries of pain emanated from the isolated site and pierced the still night air. The next morning, a herder found the bodies while passing by--apart from the modus operandi that gave away the perpetrators, the loot that must have followed the carnage pointed towards a band of thuggees or highwaymen.

Thus began many a lore of the thuggee. The word thug--meaning a criminal or a gangster--has its roots in early 19th century India. Derived from the Hindi thag that could mean anything from a swindler or thief to a highwayman, it is based on the Sanskrit sthagati, or one who covers or conceals.

Like thuggee, words such as palanquin, cashmere, swastika, gunny, musk, mango, mongoose were all born in India and their origins are just as fascinating: While one draws from the Oriya palanki and Sanskrit palyanka, another is the anglicized name of Kashmir that has come to stand for the fabric from the region. In most parts of the world, the slightest mention of swastika would elicit censure (thank you Nazis for appropriating the Hindu symbol of well-being and good luck), while the fragrant musk (remember the Old Spice commercials?) will remind you not of the Sanskrit muska, meaning scrotum, after the shape of the sac on the abdomen of a male musk deer in which musk is produced.

When the English merchants first came to India in the 17th century, in search of raw materials and new markets following the boom of the industrial revolution, they got more than they bargained for: words. And this doesn't just hold true for the English traders. Europeans--the French, Portuguese and Spanish--who looked towards India, also picked up words that entered English through their languages.

That English is a vibrant language which keeps evolving to stay current--a dynamic and complex network of changing patterns, expanded through interaction, repetition and feedback--is only underpinned by its position as the lingua franca. A simple phrase or term through reiteration can spark off new inferences, morphing into something unrecognizable. There are as many as 1,000 words of Indian origin in the English language, and counting. Some are easily identifiable as Indian, some have been assimilated and adapted, between the 16th and 20th centuries, to the extent that they seem not from this subcontinent at all.

Etymology, the study of the origin of words, as a (dying) linguistic discipline, is fascinating. It reveals that we are connected to each other in more ways than we can imagine. Take, for example, wheel and chakra--two words that mean the same and share the same root, but are entirely different sounding now. They took on various forms when they passed through diverse channels over the years.

If you thought pundit (a learned man) and pariah (a social outcast) had nothing in common, you are in for a surprise--both words so vigorously used in the Queen's English actually come from India. Examine the words closely and they reveal how deeply entrenched caste was in our culture. While one referred to a scholar who could read the Vedas and held sacred wisdom, the other comes from Tamil and Malayalam, and literally meant 'hereditary drummer', outside the Hindu caste system and later regarded as an 'untouchable'. Quite unwittingly, the British Raj reinforced caste through its vocabulary and its traces can still be found in modern-day English.

Here is a selection that wouldn't strike most anglophones as Indian.

1. Bandana: a large, colourful handkerchief, usually tied around the head. It is said to have come into usage around the mid-18th century, from the Hindi bandhna, meaning to tie.

2. Bangle: a rigid, ornamental band, normally worn around the wrist,  from the Hindi bangli, or glass bracelet. It first made its appearance in late 18th century. Bangle's Indian connection goes unnoticed because it rhymes with other quintessentially English-/European-origin words, like dangle, mangle, angle.

3. Catamaran: an early-17th century word that means a yacht or a boat with twin hulls in parallel. It is derived from the Tamil kattumaram, or literally tied wood.

4. Curry: a gravy-based dish made with meat and/or vegetables and strong spices. Its origin can be traced back to the late 16th century, from the Tamil kari. Believed to be simply an anglicization of kari, both words mean the same. There is another possible and lesser-known explanation which expounds that it comes from the root kar, meaning black, making curry a derivative that saw considerable mutation in its meaning and usage. Kari, or charcoal, is not a stand-alone word and is accompanied by a qualifier (e.g. mattu kari or blackened/burnt beef). This, in turn, comes from the way food was prepared--charcoal grilled.

5. Dekko: a quick look or glance. Originally used by the British army in India in the late 19th century, this one is a bit easy to fathom. It draws its meaning from the Hindi dekho or look, the imperative of dekhna.

6. Dungarees: a type of working clothes consisting of trousers with a bib held up by straps over the shoulders, made of calico, denim or similar coarse material. Its usage dates back to the late 17th century. The Oxford English Dictionary attributes its derivation to the Hindi dungri, although it is unclear what it means. One source suggests it is the name of a village near Mumbai, while another claims it was a coarse cotton fabric (dumgri) that was worn by the poor.

7. Gunny: a rough-hewn fabric made of jute and typically used as sacking, it comes from the Marathi and Sanskrit goni. Its first recorded use in English dates back to the 18th century.

8. Kedgeree: a dish chiefly made of fish, rice and hard-boiled eggs. This comes from the Hindi khichri, but shares very little with it in terms of preparation or ingredients.

9. Opal: a gemstone. The dictionary-recorded usage dates back to the late 16th century. It is probably based on the Sanskrit upala or precious stone, sourced from India.

10. Shampoo: a liquid preparation for washing hair, a common household item. The origins can be traced back to the mid-18th century, from the Hindi champo, or to massage.

Do You Like This Story?
17
3
Other Stories
Please enter valid text
corona updates
Must Reads
Latest Issue