Does A Husband Have The Right To Deprive His Legally Wedded Wife Of A Home?

Even it is a unhappy marriage, does a husband have the right to deprive his legally wedded wife of a home? The Bombay High Court's ruling in the case of Roma Rajesh Tiwari and Rajesh Dinanath Tiwari may shed some light. 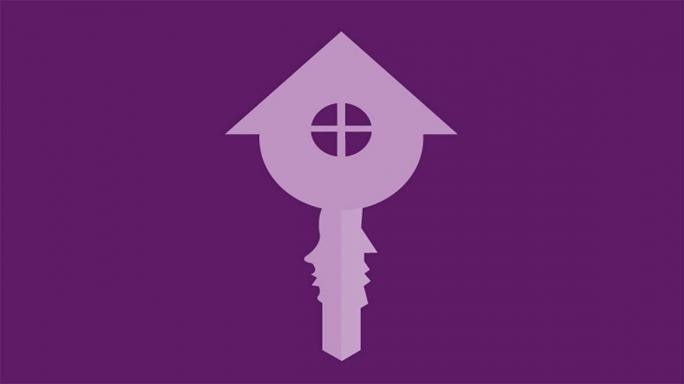 Roma Rajesh Tiwari and Rajesh Dinanath Tiwari could not find marital bliss. They shared a child, but little else. Things finally came to a head on 8 December 2013 when Roma was forced to move out of their shared home in Mulund, Mumbai, and take refuge with her parents.

Compelled to leave her matrimonial home against her wishes, Roma lodged complaints with the Colaba Police Station and the Maharashtra State Women's Commission. Following the complaints, a female police officer accompanied Roma to her matrimonial home in February 2014, but she was not allowed in. She made another failed attempt in March 2014 with the help of the police.

Following these, Roma filed for an interim injunction at a family court restraining her husband, Rajesh, and his family members from dispossessing her. She alleged that all attempts were being made to throw her out of the residence. She also levied charges of domestic violence and severe harassment by her husband and his family.

On 29 September 2014, Rajesh, while appearing in the family court, alleged that Roma had forcibly moved into the house owned by his father. The court amidst these allegations and counter-claims issued a show-cause notice to Rajesh, questioning why the injunction should not be granted. Meanwhile, the court granted status quo and ordered them to approach a marriage counsellor.

Rajesh then filed an application seeking vacation of the order. He alleged that Roma was already married to another man, and hence their marriage was void ab initio, which meant that she was not his legally wedded wife and therefore had no right to reside in his father's home. He also stated that since the said matrimonial home belonged to his father, the status quo could not hold.

On 30 May 2017, the family court vacated the earlier order on the ground that the disputed house belonged to the husband's father. The husband was allegedly residing in another house in Navi Mumbai, and since the petitioner had no right, title or interest in the said property, she had no right to claim relief.

Roma then filed a petition against the family court's order, in the Bombay High Court. She argued that she had been forcibly removed from her matrimonial home. She needed a roof over her head and, except her matrimonial home, she had nowhere to live. So she requested the order of status quo be made absolute.

Does a husband have the right to deny his wife residence, even if theirs' is an unhappy marriage?

On 12 October 2017, Justice Dr Shalini Phansalkar-Joshi of the Bombay High Court ruled in favour of Roma, and restored the earlier order of status quo. The court noted that there was no document placed on record to show that the respondent husband was residing in Navi Mumbai.

Justice Phansalkar-Joshi ruled, "... till the dispute started between the Petitioner and Respondent, both of them were very much residing in the flat at Mulund and, therefore, as they have lived together in the said flat as a 'couple', as 'husband and wife', in a domestic relationship, it becomes her 'shared household', as stated in the definition of Section 2(s) of the D. V. Act [Protection of Women from Domestic Violence Act, 2005]. In such a situation, whether the said flat belongs to or is owned by the husband, is totally irrelevant … The question of title or proprietary right in the property is not at all of relevance, when the provisions of the D.V. Act, especially Section 19 thereof, are to be considered. Accordingly, the Writ Petition is allowed ... The earlier order of status quo passed by the family court, Mumbai, on 29 September 2014, … is restored."