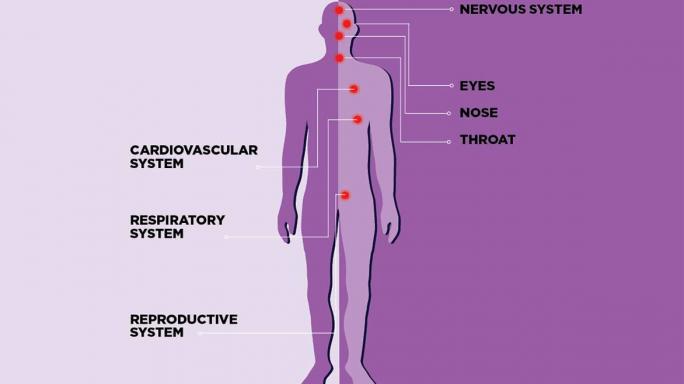 The process of breathing starts at birth and continues until death. We breathe around 25,000 times every day, inhaling 10,000 or more litres of air every day. It is a basic body function meant to sustain life. But today, breathing kills: it takes the lives of approximately seven million people prematurely every year globally. This is because of the presence of pollutants in the air, which are poison for our body and seriously damage our health. Dr Maria Neira, the World Health Organization’s air pollution director, has called it “a global public health emergency”. Ninety-eight per cent of India’s children breathe air that is inferior to the WHO standards. Nearly 25 per cent deaths in children under five are directly or indirectly related to air pollution.

As a chest surgeon, I have been operating on lungs for over 30 years and have noticed a drastic change in their colour. Normal, healthy lungs are supposed to be pink but it is a rarity for me to see pink lungs today, even among teenagers. The black deposits visible on the surface of lungs are a grim reminder of the presence of poison in the air we are breathing.

The pollutants in the air are particulate matter (PM) and gaseous substances. PM is divided as per its size into PM10, PM2.5 or PM<1 (these are micron sizes, approximately one thirtieth the width of the average human hair). PM10 gets trapped in our nose or windpipe and is exhaled through coughing but PM2.5 and smaller sizes go down to the most peripheral part of our lungs and get deposited there. They induce severe local reactions and release a large number of chemicals that go into the blood and reach every organ in the body through blood circulation, causing damage on a long-term basis. The gaseous matter in the air consists of carbon monoxide (CO), oxides of sulphur and nitrogen (SO2 and NO2), organic compounds, hydrocarbons, ozone and other substances, many of which are proven cancer-causing agents. Like PM, these also enter through the lungs, get absorbed into our blood and cause damage throughout the body.

The key documented sources of air pollution are burning fossil fuels, automobile exhaust, burning of garbage and landfills, and all smoke-emitting industries, especially coal-fired power plants and dust from construction sites and roadsides.

The problem of air pollution is affecting the whole country, particularly the northern states, although Delhi has been maximally in the news, essentially because of regular air-quality monitoring. According to the WHO, 14 of the world’s 20 most-polluted cities are Indian, where air pollution is adversely impacting the brain and lung development of our children and causing millions of premature deaths. As a chest surgeon, who sees the health impact (see box) of air pollution with his own eyes every day, this is nothing short of alarming.

However, this problem has not received the kind of response that it merited from the government and political parties: The ruling and opposition parties are busy blaming each other. While various corrective measures are being taken by the government, they are not proportionate to the enormity of the problem we face. There are various laws and rules in place, but they are openly flouted by ‘civil society’. The ground reality, sadly, is, continuous aggravation of the situation, year after year, with no improvement in sight.

WHAT IS TO BE DONE?

Does wearing a mask help? Ordinary masks made of cloth, etcetera, do not help. N95- or N99-grade mask works if worn snugly around the nose and mouth. It traps most of the PM, although gases still go through. However, it gives protection only as long as it is worn and has other practical challenges: Patients complain of feeling suffocated when these are worn for a long time as a result of rebreathing exhaled carbon dioxide. Thus, while it may serve as protection for shorter periods, it is definitely not a solution.

The real solution lies in identifying the root cause and fixing the problem at the source. The sources essentially are smoke and dust. Thus, anything that produces smoke and causes dust to be added to air is a cause of pollution, and its rectification is the solution to the problem. People are often looking for a quick-fix solution to rectify the problem overnight, but unfortunately there is none.

Burning of fossil fuels, along with garbage, remains the biggest source of smoke today, and a rapid decline in its use and shift to cleaner, renewable sources of energy are the long-term answers to this national malady. This means an en masse shift to public modes of transportation in order to check vehicular emissions in our cities, and significant reduction in the amount of municipal waste we generate and better disposal of that waste. These changes will be resisted by the people at first, as they would require a major shift in our lifestyles. However, the problem of air pollution has reached menacing levels. No matter how difficult the actions required to contain air pollution are, the cost of inaction will be disease, disability and death—too high a price to pay for something that is still in our hands and can be fixed by our collective efforts.

The time to act was yesterday, but it is still not late. I appeal that we start right away.

ARVIND KUMAR is a thoracic surgeon with a specialization in robot-assisted surgery, and co-founder of Lung Care Foundation. He is associated with All India Institute of Medical Sciences, New Delhi; Sir Ganga Ram Hospital and Vallabh Bhai Patel Chest Institute, among others. He is the recipient of the Dr B. C. Roy Eminent Medical Person of the Year 2014 award.