What Critical Parlour Aunties Taught Me

A facial is about anything but pampering yourself 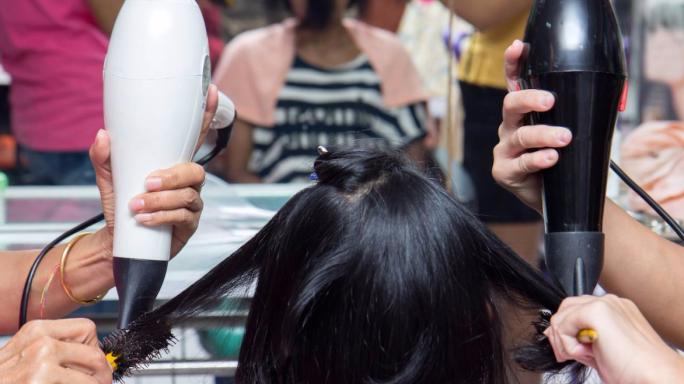 Like every other average Indian woman, I was in an abusive relationship with my parlour aunty. The more she complained about my skin, hair and toenails, the more I felt compelled to seek her approval. Facials, hair spas, pedicures, I did them all with steadfast regularity. But nothing seemed to please her. The hairstylist bhaiyya was no different—my hair was too thin, too dry and I always seemed to be using the wrong shampoo and conditioner, even when it was recommended by him.

For years, I suffered the tirade of insults smilingly—mostly because I had the good sense not to argue with a person holding hot wax or a pair of sharp scissors. All of this changed when I became pregnant. The constant discomfort of a human being resting on my bladder made me a no-nonsense person. Aunty and bhaiyya could stuff their “advice” in a sock. I made the dryness of my skin and the lack of lustre in my hair into symptoms of pregnancy and, hence, not to be commented on, let alone be mocked at.

You could argue that the whole beauty industry is premised on the notion that you the consumer is lacking, and therefore, using such-and-such product will magically transform you into a happy, confident and extraordinarily beautiful person. I understand this—and on most days, I am happy being lied to. What I don’t understand is why I had to be ‘not good enough’ to want to be better (looking)?

You could say, that is a moot point. How would advertisers get you to buy something if they didn’t convince you that you absolutely need it to function as a normal human being in civilized society? But if you, like me, pore over dozens of Amazon reviews, you would know that anyone who claims that the product has managed to marginally improve whatever it was supposed to has made the best case for the product. Clearly, we’re not looking for magical transformations, we just want to feel good marginally.

You could also make a case for not engaging with the beauty industry at all. The only way to unshackle yourself from the tyranny of parlour aunties and bhaiyyas is not to patronize them. Chop your own hair, if you must, they’re just dead cells anyway. But the truth is, I feel so marginally good when a conditioner has managed to make my hair marginally softer. I’m not even talking about adhering to any kind of beauty standard the industry sets for us. In any case, the standards shift not just with a generation but within the next season. Who even remembers square nails today? And pom poms for handbags?

This desire to change how people treat me also came out of the maternal instinct to protect my child. She’s a happy baby who potters around, putting kitchen utensils in a tote bag. But I know that slowly the world will steal her little joys. She will be criticized for her looks, academic performance, maybe her singing and dancing, even if she excelled in all of them. The world will do everything to make her feel not good enough. I can’t stop that, but I can teach her that just because shaming is common doesn’t make it okay.

Last week, I got a haircut. Bhaiyya was bewildered by the photo of the short-haired woman I showed him on Google images. Won’t look good on me, he said. It’s okay, I said. I just wanted short hair, I wasn’t looking to be a Victoria’s Secret model, I informed him. Baby and I both like caressing my new marginally shorter hair.