Will the UIDAI listen to the harassed and needy? 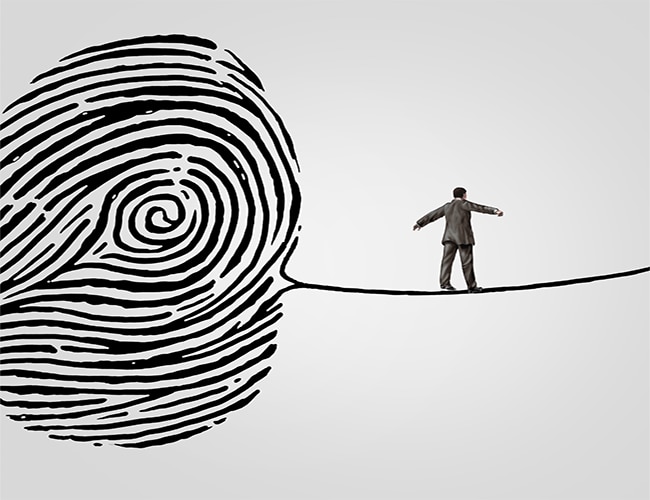 The mindless, mandatory biometric linkage of Aadhaar numbers to every aspect of our lives -- from birth to death, telephones and bank accounts -- is causing widespread harassment. It has, finally, woken up many who believed the hype that biometric identification was a gift to citizens and a world-beating technological leap. The number of people who are wary about the risks involved in Aadhaar linkages has now risen dramatically, with details of its fallibility being widely reported. But the continued coercive tactics by phone companies, banks, insurers, cooking gas suppliers and regulators indicate that the UIDAI (Unique Identification Development Authority of India) and the government are in no mood to listen.

Meanwhile, three things have worked at making people cautious. First, the growing evidence of how inefficient biometric identification in Aadhaar is. Second, Aadhaar is not merely about acquiring an identification number; there will be a cost/fee involved in every authentication and updation (for those who are not net-savvy). The government has maintained a stunning silence on the cost of updation and other mandatory services.

Third, most people are realizing that biometrics change over a lifetime. This means that Aadhaar authentication can fail anytime and would need frequent updating (for senior citizens, maybe even every couple of years). Sections 6 and 31(2) of the Aadhaar Act also make it clear that citizens may need to "update their demographic information and biometric information from time to time" in the manner specified by the UIDAI regulations. If you find it frustrating to update bank KYC (know your customer) information, get prepared for perpetual harassment of multiple updates every time you change telephone service-provider, bank or insurer; or when your biometrics let you down.

While secure updation is not an issue for the tech-savvy, Aadhaar is a nightmare for vulnerable, less-literate people and disempowering for senior citizens who will need to rely on Aadhaar kendras or bank officials for updation. What is stunning is that the UIDAI appoints enrollers and mandates linkages, but provides no recourse to those who are cheated by enrolment agents and banks. If you are a victim, you will end up fighting a legal battle or chasing the police for redress.

Consider another aspect. Like direct debits for loan repayment and standing instructions for credit card and other payments, the effort involved in the updation exercise will make us even more reluctant to change service-providers and put up with shoddy service. This makes a mockery of competition and choice in a free market.

Interestingly, even the Institute of Development and Research in Banking Technology (IDRBT), a subsidiary of the Reserve Bank of India (RBI), has called for caution in use of Aadhaar for government programmes, based on a study of its implementation in Andhra Pradesh. It says that it is also unclear if, in the long run, the benefits of Aadhaar will outweigh the negatives.

Let us look at how people across the economic spectrum are already affected. On 1 December 2017, Premani Kunwar, a 64-year old widow died of starvation. Her Aadhaar-linked bank account was manipulated to fraudulently transfer her old-age pension into the account of her husband's first wife. Denied income and rations, she slowly starved. Shockingly, the first wife had a valid bank account with updated KYC (presumably Aadhaar-linked) to which funds were transferred, even 25 years after her death. The case reeks of collusion between bank officials and a stepson, who has been arrested, and exposes the easy manipulation of records and its devastating impact on the very poor.

At another end of the spectrum is N. Vadia, a high net-worth chartered accountant, who had his bank account abruptly frozen for failure to update KYC information. While Vadia claims he was never informed, the bank says it sent him multiple messages. There is no explanation on why the bank, a major corporate entity, failed to follow RBI rules prescribing graded freezing of the account, or couldn't have made a call. Instead, it even dishonoured RTGS/NEFT credits. Since the banking ombudsman rarely rules in favour of customers, Vadia will have to battle it out in a consumer court, switch banks or simply accept subpar service. In effect, he is slightly less vulnerable than Kunwar. Failure of biometrics adds another tool of harassment to this situation.

Ravindra, a 64-year-old central government officer, who, harried by repeated failure of Aadhaar authentication, wrote, "I am desperate and sometimes start thinking of ending of my life."

Writing to the UIDAI was of no use. Instead, he received gratuitous advice to procure a phone in his son's name, thereby defeating the purpose of linkage, disempowering the senior citizen and placing a needless burden on his son.

Neither the government nor the UIDAI has bothered to respond to thousands of such senior citizens posting angry or plaintive complaints on the National Consumer Complaints Forum.

Then there is Airtel Payment Bank, which with its telecom provider, Bharti Airtel, opened illegal accounts for subscribers who linked their Aadhaar to their phone, and diverted over Rs 138 crores of subsidies to these accounts. It was fined Rs 2.5 crores by the UIDAI, but the 5,60,000 consumers got no compensation; getting their money back was the only reward. This raises serious issues about data sharing between related entities and account opening procedures followed by payment banks. The RBI has been silent so far.

From the unschooled Premani, who lost her life, to the tech-savvy Vadia, every consumer segment is vulnerable to coercive actions or fraud in the opaque Aadhaar environment.

What is worse, a government that is in the habit of repeatedly changing its goalposts is not called upon to explain its claim that it will help unearth black money.

UIDAI's response to criticism has been to browbeat and silence critics. When The Tribune exposed its vulnerability by gaining access to the UIDAI database (not biometrics) by paying just Rs 500 to an intermediary, it reacted by filing a police report. When this led to a media uproar, the government back-pedalled quickly.

With Supreme Court hearings starting on 17 January*, the UIDAI has come up with the idea of a 16-digit virtual ID that gives enrollers an option to not share their real Aadhaar number. This has already come in for criticism from experts, but the bigger issue is that it will be operational only by March, when the new deadlines for Aadhaar linkage to phones and bank accounts would have expired.

The UIDAI has also announced the introduction of facial recognition purportedly for better security, and to address the issue of failed authentication for citizens whose fingerprints have worn out. In case the apex court does not grant relief to the petitioners, we are all in for rough times, while the UIDAI experiments with new technologies whose cost, efficacy and availability across the country are unknown.

Sucheta Dalal is the Managing Editor of Moneylife and founder of its associate, non-profit Moneylife Foundation. A business journalist for over three decades, she has been engaged in spreading financial literacy and consumer awareness. She was awarded the Padma Shri in 2006.

*Editors' Note: At the time of going to press, the Supreme Court was hearing the Aadhaar matter.