The Mind of a Champion: Up Close With Viswanathan Anand “Controlling your emotions and not letting your mind wander is unique to chess”, says grandmaster Viswanathan Anand. (Photo: Alamy)

What are the life lessons unique to chess?

Ultimately, be they mental or physical, most games are lost in the head. Although, I feel that chess is unique in the sense that during a game we are unable to release our emotions. We can’t scream or celebrate with others on the field. Controlling your emotions and not letting your mind wander is unique to chess.

What was the idea behind your recent book Mind Master: Winning Lessons from a Champion’s Life?

When I wrote this book, I wanted to share with chess fans the most significant moments in my life and how I experienced them, as opposed to the chess moves I played and their evaluation. I probe into how I felt before and after success and failure, and explore the lessons I learnt from those life-changing moments. Other than these experiences, I also describe [in the book] what I felt while participating in competitions and my feelings approaching them, how things worked out when I was confident, what the right frame of mind was and how I achieved that frame. I think not only chess audiences but others too can connect with my story.

Sports psychologists emphasize visualizing victory for a ‘winning mindset’. You seem to have a slightly different take on this. Do you?

Visualizing victory is helpful, but you should know who you are. One of the problems with me is when I visualize victory, I tend to relax and think the job is already done. It is a case of reminding myself not to count my chickens before they hatch. However, visualizing scenarios before they occur is important, and I stick to that advice 100 per cent.

Chess is about concentration. But why do you speak of the importance of distractions to keep the mind calm?

Concentration is important, but it’s not always achievable in chess. You struggle to remain focused for five or six hours, but your mind can wander. One has to be realistic—maintain a semblance of concentration and be aware of guarding against the moment when it is slipping away. Distractions can be nice, off the tournaments. Taking your mind off chess in the evenings or after the tournament can allow you to arrive at a new game afresh. 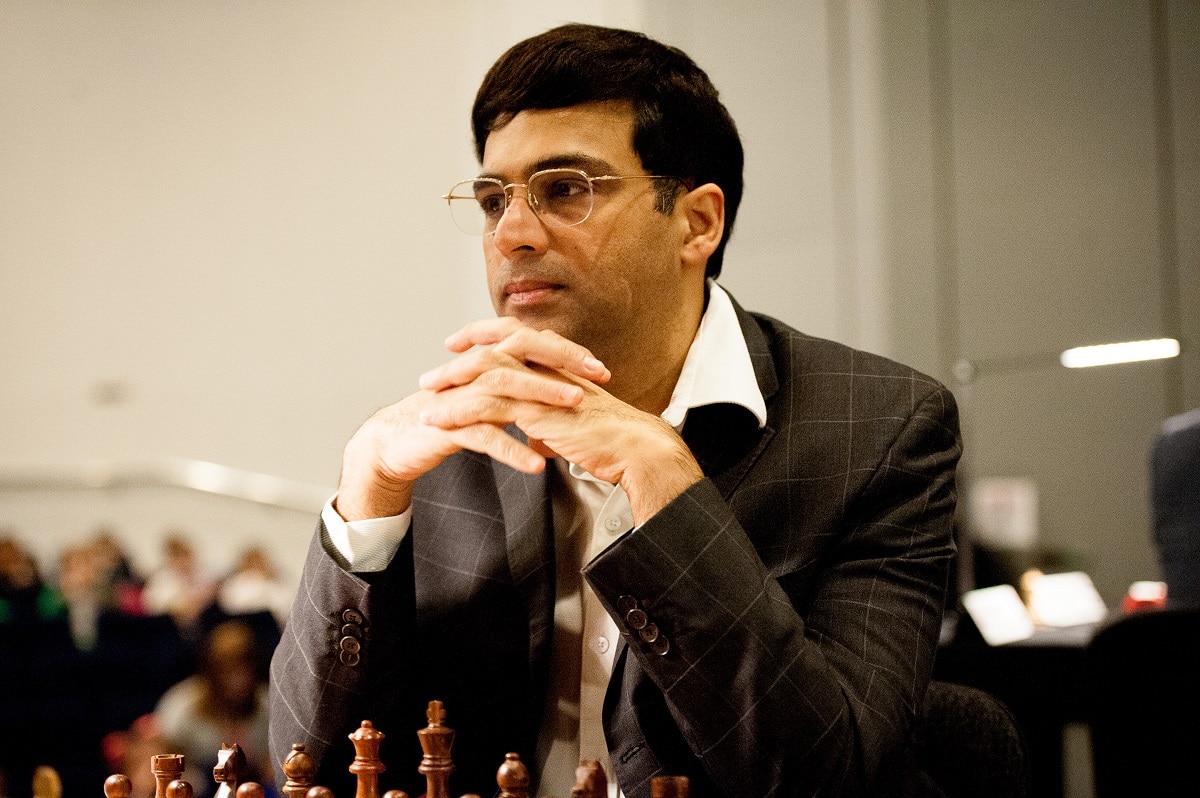 Viswanathan Anand ponders over a game of chess in 2016. (Photo via Wikimedia Commons)

Would you say that being instinctive and taking risks, as compared to planning, has given you more satisfaction?

What’s satisfying is winning games, however that may happen. But you do feel good about yourself when you are forced to do something [new] over the board. You come to discover something you did not know before. When a risk pays off, it feels very rewarding. But equally, I would pat myself on the back if I have followed my preparation and I anticipated my opponent well. That is a different kind of satisfaction.

In your nearly 35-year-long chess career, was there ever a time when you put yourself under so much pressure that you reached a breaking point?

I have put pressure on myself on many occasions. In my youth, I would go through long periods of success, and then face a slump—sometimes short and sometimes long. You could call it the ebb and flow of chess. Once you achieve a fair amount of success, you harbour unrealistic expectations of yourself. But after a failure, you face trouble recovering your confidence. At best, I would say I know what steps I need to take to overcome a slump faster. But it is still a part of the game—you inevitably fall there. It’s a chance to revisit all your working methods and the assumptions you had before.

Your celebrations after victories are very understated. How come?

That’s correct. I don’t usually do anything insane after winning. At most, I am just dying to talk to someone and release the pressure of the tournament. I’m happiest just getting back to a private place with family and friends and slowly letting the tension ebb away. I don’t remember doing anything wild after a victory, at least not in public.

You started a revolution of sorts for chess in India. How do you look  back at it?

Yes, I am very proud that I became the first grandmaster, the first junior champion and also the first world champion from India. I also know that a lot of people took to chess after my achievements and because of heightened interest in the game. However, I will be the first to acknowledge that I benefited from the previous generation. The next generation will have new heroes as well.