Women, finding no recourse to sexual assault and harassment, take matters in their own hands 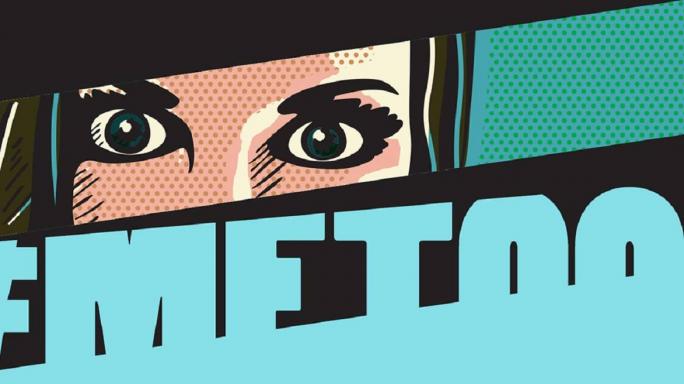 The ‘Me Too’ movement started as early as 2006 when American gender rights activist Tarana Burke first used the phrase to highlight the pervasiveness of sexual assault and harassment, particularly in the workplace. In October 2017, the phrase went viral as a social media hashtag, when Hollywood actor Alyssa Milano encouraged women to use it to tell their stories and help people understand the magnitude of the problem. It was in the same month that The New York Times published an investigative story on decades of sexual abuse by Hollywood mogul Harvey Weinstein, which broke a dam of further accusations against him, led by American actor Rose McGowan.

India had a similar moment in 2013, when women wrote about their harassment by members of the judiciary and legal fraternity, but this was short-lived, in no small part thanks to an accused judge approaching his parent High Court, along with a battery of senior advocates to issue a gag order on the allegations against him. Brave women came forward subsequently with complaints against high-profile and powerful men like R. K. Pachauri and Tarun Tejpal, which are still being litigated. Then, in October 2017, as #MeToo gained steam internationally, a law student took to Facebook to publish a crowd-sourced list of alleged harassers, containing some of the biggest names in academia. The list divided Indian feminists, some of whom questioned its methods and, particularly, the fact that the accusations were anonymous. Others argued that the vulnerability of the accusers demanded anonymity, and that an over-reliance on ‘due process’ was a mark of privilege that many did not possess.

Almost a year later, in September 2018, former Bollywood actor Tanushree Dutta spoke to a television channel about how she was harassed 10 years ago by Nana Patekar, an actor with strong political connections, and, separately, by director Vivek Agnihotri during film shoots. The snowballing campaign soon saw writer–comic Mahima Kukreja calling out a fellow comic for sexual misconduct, journalist Sandhya Menon and others tweeting accounts of their own abuse and those that people had shared with them, along with other feminist influencers and allies, on Twitter. All of a sudden, the floodgates had opened. As the last resort, as a cathartic exercise in getting a semblance of closure, out poured the stories—one after another, often similar instances—of abuse. Big names in the news media, film industry and literary circuit, as well as artists, musicians, lawyers and activists were accused of sexual harassment, assault, molestation and worse.

With each name, the nervous questions multiply. Why didn’t she complain all those years ago? Why did she continue working with him? What proof does she have? Why doesn’t she file an FIR now? Why are people treating a bad date as an instance of #MeToo? What stops a person from making a false complaint?

To address these issues, a little bit of legal perspective is essential. Sexual harassment at the workplace was not an offence until 2013. Prior to that, all that existed by way of law were Supreme Court guidelines laid down in 1997 in Visakha v. Union of India, popularly known as the Visakha guidelines. These required the institutionalization of an internal committee in the workplace, but were extremely vague in terms of defining its ambit with respect to different kinds of workplaces and different categories of workers. The Supreme Court itself did not set up any such committee until later that year, and neither did most other workplaces. Gender equality was not as vociferous or widespread a movement as it is today, and the situation in most offices was at the stage where women employees had to fight for their own bathrooms. They were considered lucky to just be hired; nobody would countenance a troublemaker. That is, briefly, why women did not complain then and continued working with their harassers. They had fought hard to be able to work in such jobs, to live away from their parents, to make careers for themselves, and they would do their best to retain that while suffering in silence. The few that spoke up found little redress.

Today, a more detailed law is in place to prevent and address sexual harassment at the workplace, but it is far from perfect. It requires the internal committee to comprise members of the senior management of the organization, who are more likely, historically speaking, to side with the abuser—often in a position of power—than a junior or mid-level employee. It requires a single external member, who is paid by the organization and is often on a retainership with them, thereby compromising their independence. The committee members are often poorly trained, bringing a superficial understanding of their role to the job. There is an over-reliance on eyewitnesses and other ‘hard evidence’, assuming that all other complaints and forms of proof lack weight. This ignores their role as investigators, to cross-examine and verify accounts, ask detailed questions, probe for inconsistencies and determine which account sounds more probable or credible. That is the standard of proof required for internal committees, not the ‘beyond reasonable doubt’ provision that criminal courts rely on.

According to a 2015 survey by Ernst & Young, 40 per cent of the companies surveyed had not trained their internal committees, while 35 per cent were unaware of the penal consequences for non-compliance with the PoSH Act. A 2015 FICCI study on the Act and its implementation found 47 per cent with untrained committees and 36 per cent Indian companies with no committees at all. The fact that these organizations face no consequences for their lack of compliance shows the seriousness with which they are monitored. This perhaps explains the figure of 69 per cent women who face abuse and do not report it, as per the Indian National Bar Association.

It must also be remembered that courts have recognized that sexual offences are, by their very nature, not often ones that can be backed by witnesses or other tangible evidence. Therefore, a woman’s testimony may, on its own, be sufficient evidence. This doesn’t mean that an innocent man will be jailed just because a woman says so. It means that if a woman’s testimony is of sterling quality, is believable, stands up to scrutiny and cross-examination, is able to rebut the defence of the accused in a reliable manner, then it may be taken as the sole evidence for conviction without any need for further corroboration. This is a standard that internal committees have failed to apply.

Is it any wonder then, that women, having lost their faith in the law, have taken to social media to share their stories? Instead of reacting with anger to that, imagine the extent of frustration it takes for a woman to give up on seeking justice, and settle for this online purge instead? To have your humiliation served up in nightly news and morning front-pages, to face armies of Twitter trolls and ‘meninists’? If the legal process is worse than this, then surely that is a bigger cause for concern than the lack of appropriate form in the complaints?

#MeToo is not static; it is not yet ripe for analysis. It is evolving—we have already seen it shift from women being harassed with questions on their integrity to focus on the men who harassed them, challenging the toxic masculinity born out of their male privilege. It has moved from seeking consequences to exposing a social fault line. And in that, it has moved from harassment and assault to a broader range of misogynistic encounters, including the ‘bad dates’ which merit calling out for the entitlement and sexism they display. It has made clear that it may not have the answers, but that asking the questions is equally important.

Mihira Sood is a Supreme Court lawyer and academic specializing in women’s rights and feminist political theory. She can be reached on Twitter at @mihira_sood