The Future Of Cricket: Technology At Play

Sports viewing will become an even bigger adventure. Will cricket survive the VR onslaught? 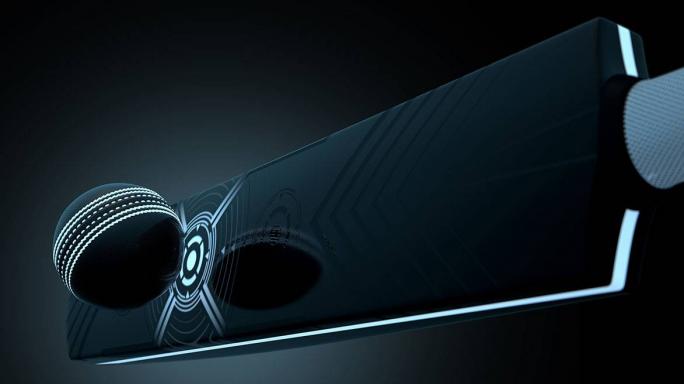 What I find most overwhelming about present-day sports is the sheer quantity of data that gets thrown at you, and the non-stop circus of round-the-year events that you’re expected to follow as a fan. I stopped watching cricket after the Indian Premier League started, and am now emotionally invested only in World Cups—by the time the semi-finals come around, I would have done the 10 minutes of research it takes to be a leading social-media expert. This doesn’t bode well for my future as a sports lover, because the nature of sport itself is only going to get more intense over the next few decades, and soon, today’s wall-to-wall sports coverage is going to look as simple and non-intrusive as the Sportstar magazines of my youth.

For players, there’s going to be a steady inflow of innovations in tech that facilitate training, equipment, performance and strategy. But that’s normal: What’s more drastic is the increased possibilities in body customization and augmentation that will be available by mid-century. The next generation will have access to genetic enhancement/modification as easily as today’s athletes do to steroids.

High-budget sports is definitely a field where both interest and funds in creating superhumans are available. Perhaps, in a few decades, the Olympics will become a showcase for various nations’ gene-hacking capabilities.

In cricket, India will probably continue to dominate the international game in terms of money poured in, so don’t be surprised if tomorrow’s Kohlis  come equipped with internal ball-prediction tech. Injury recovery times could become much shorter. Genetic screening will be used to determine aptitudes for sport. Elite sporting academies will become as sought-after as the IITs were in the ’80s. Just like youth teams in European football, cricketers’ careers will be locked in before they hit their teens.

What happens when we go further into the future, though? Inequalities will widen even more—the gap between an athlete with access to body modification and training tech and one without will be insurmountable. We’ll be seeing fewer inspiring stories of cricketers from humble origins overcoming the odds. Will there be different leagues for sportspersons with tech enhancements and those without? Will there be remote-controlled android athletes? Will there be human vs robot matches? Will the ever-increasing popularity of video games as a viewable sport mean that players’ virtual avatars might draw larger audiences than their real bodies?

For viewers, the future is thankfully free of large ethical and moral debates, other than how to control their cricket addiction. Augmented-, virtual- and mixed-reality tech will each add new dimensions to the sports-fan experience. Not just new ways of watching the game across devices, but live video gaming will blur the boundaries between the actual sport and sports–gamer experiences. Cricket stadiums will become more organic and interactive, with smartglass augmentations adding extra layers to the live-viewing experience. Giant screens, social media overlays and smart architecture will make the whole experience similar to a music festival, with the focus becoming about attending a huge social hangout more than enjoying the actual game. New venues for crowd viewing will emerge—defunct movie halls? Abandoned schools?

Shrinking public spaces and tech jumps will also lead to new ways of playing cricket—gully cricket VR venues, remote hologram-avatar matches via the internet, even shorter variations of the game. The only threat to the future of cricket in India is the currently unlikely, but never impossible, rise of another sport to replace it in the hearts of Indians. If advancing tech and international money somehow transform India into a footballing nation, who can predict if cricket will even survive?