A Son Sues His Parents Over Dispossession. Why?

Do children, especially sons, have an inherent claim over their parents' property? Is duty not an intrinsic part of their relationship? 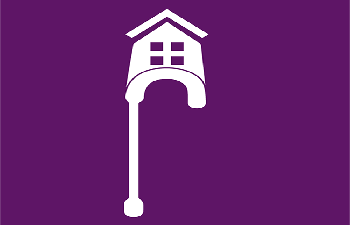 Sachin disagreed with the trial court's verdict. The lower court had granted an injunction to his parents, Jhabbu Lal and Raj Devi, ordering him and his brother Sanjay, along with their wives, to vacate the house they had lived in for years.

He was reacting to the verdict of the civil suit filed by his parents that sought "permanent and mandatory" removal of their sons, and their wives, from their self-acquired property in Delhi. The seniors contested that they had allowed them to stay on the first and second floors of their house "out of love and affection" for them, but they had made "life hell for them so much so that they were not even paying the electricity bills". Due to their "unbearable behaviour", the elderly parents were forced to make police complaints and issue public notices disowning their sons and debarring them from their property. Eventually, they sought the court's help.

The brothers denied the plaintiffs' claim to be the exclusive owners of the property or that it was self-acquired, and asserted they were co-owners, "having contributed towards its purchase as well as costs of construction". But the defendants failed to substantiate their claim with any documentary evidence, while the general power of attorney, agreement to sell, letter of possession, affidavit, will et al named Jhabbu Lal, father of the defendants, the owner (though not absolutely).

Moreover, defence failed to cross-examine the plaintiffs and their testimonies -- the defendants were licensees and their licence was revoked -- went unchallenged. Thus, the injunction was passed on 16 March 2015.

Sachin decided to challenge the judgement in an appeal. Upholding the trial court's ruling, the first appellate court observed, "in the absence of any evidence" to prove his ownership over the house and "the testimony of the respondents/plaintiffs having remained unchallenged, the impugned order was not suffering from any illegality". Unable to make a solid case, he was directed to pay Rs 3,500 every month to his parents and the matter was referred to mediation by the first appellate court. Alas, the mediation was a "non-starter".

Sachin and his wife appealed again. This time to the Delhi High Court. After what seemed like attempts to stall court proceedings for months, from their lawyer falling sick to seeking time for a replacement, Justice Pratibha Rani finally noted, "When the mediation failed on 17 October 2016, if the appellants intended to change their counsel, nothing prevented them from doing so. The appellants cannot be permitted to abuse the process of law by seeking adjournment on one pretext or the other, especially when they are enjoying ad-interim stay against their dispossession from this Court." Another adjournment was refused.

On 24 November 2016, in a momentous judgement, Justice Pratibha Rani upheld the trial court's verdict in the case Sachin and Anr vs Jhabbu Lal and Anr.

The Delhi High Court judge noted that the son and wife were unable to provide evidence to suggest they co-owned the property or that they waived their title rights; the parents, on the other hand, proved they were the rightful proprietors.

She further stated where the property was self-acquired by the parents, "son, whether married or unmarried, has no legal right to live in that house". He could live there "only at the mercy of his parents" and till the time they allowed. Just because the parents allowed him to live in their house does not mean they have to "bear his burden throughout his life".