Should an adult with competent mental faculties be able to issue an advance directive to refuse medical treatment, even withdrawal from life-saving devices? Or, would permitting euthanasia lead to the proverbial slippery slope? What are the limits of patient autonomy? 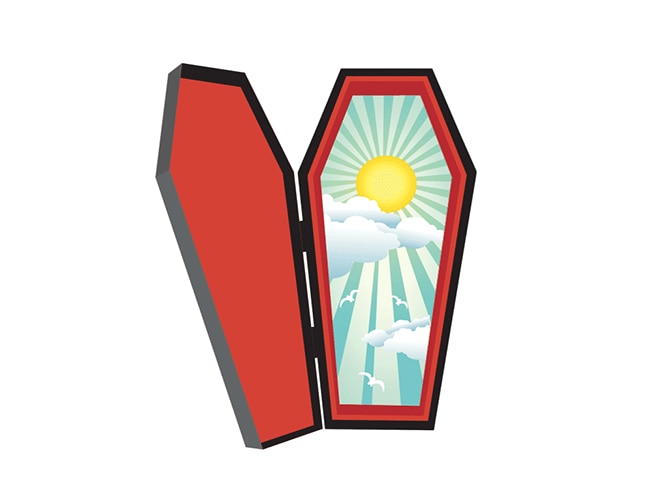 The late H. D. Shourie had always been a man with a cause. The nonagenarian activist had been deeply touched by the story of a sportsman, who had been reduced to life in a permanent vegetative state (PVS). This hit a nerve with Shourie---his own mortality was perhaps on his mind. Surely, a man had the right to die with dignity?!

In 2005, Common Cause, a registered society that Shourie helmed at that time, filed a writ petition in the Supreme Court (SC) seeking to declare the right to die with dignity a fundamental right, within the fold of right to life guaranteed under Article 21 of the Indian Constitution. The petitioners also sought to enable the provision of 'My Living Will and Attorney Authorisation', which would ensure that terminally ill patients could voluntarily embrace death in a natural way, when life was on the path of inevitable decay.

On 11 May 2005, the SC sought the Centre's response on Common Cause's plea. A counter affidavit was filed by the Union of India, referring to a private member's Bill and the 241st Law Commission report. The Commission had submitted a report on the Medical Treatment of Terminally Ill Patients Bill, 2006, but the health ministry was not in favour of the enactment of euthanasia, on the grounds of possible misuse.

On 16 January 2006, the SC allowed the Delhi Medical Council to intervene and ordered it to file documents on passive euthanasia. On 28 April 2006, the Law Commission suggested drafting a bill on passive euthanasia and that such pleas be made to high courts, which should decide on a case-by-case basis after taking experts' views into account.

In 2011, the SC, in the Aruna Ramchandra Shanbaug vs Union of India & Others case, allowed passive euthanasia, in an exception, for the nurse languishing in a vegetative state in a Mumbai hospital since 1973. In 2014, a three-judge bench led by the then Chief Justice of India, P. Sathasivam, started the final hearing in the case. The Court, citing inconsistencies in the earlier verdicts on euthanasia, referred the case to a five-member Constitution bench. The bench, on 15 July 2014, commenced hearing on the plea and issued notices to all the states and appointed advocate T. R. Andhyarujina amicus curiae. On 11 October 2017, the bench heard the arguments and reserved its verdict on the issue.

The Constitution bench headed by Chief Justice of India, Dipak Misra, ruled that passive euthanasia and advance directive will be "permissible". Referring to an earlier judgement, the court conceded "… the right of a dying man to die with dignity, … where there is no hope of recovery, accelerating the process of death for reducing suffering constitutes a right to live with dignity".

Distinguishing between active and passive euthanasia, it ruled, "a competent person who has come of age has the right to refuse specific or all treatment, or opt for an alternative, even if such decision entails a risk of death. The 'emergency principle' or the 'principle of necessity' has to be given effect to only when it is not practicable to obtain the patient's consent for treatment and his/her life is in danger. But where a patient has already made a valid advance directive … then such directive has to be given effect to".

The court recognized that the right to life encompasses the right to live with dignity, including "… the smoothening of the process of dying in case of a terminally ill patient or a person in PVS". The bench laid down the principles relating to the procedure for the execution of the advance directive and provided guidelines to be followed. The court ruled that the directives and guidelines would remain in force until legislation regarding the same were brought forth.