The Best Defence Against The Coronavirus

If we are to defeat this epidemic, we need more, not less, trust and cooperation 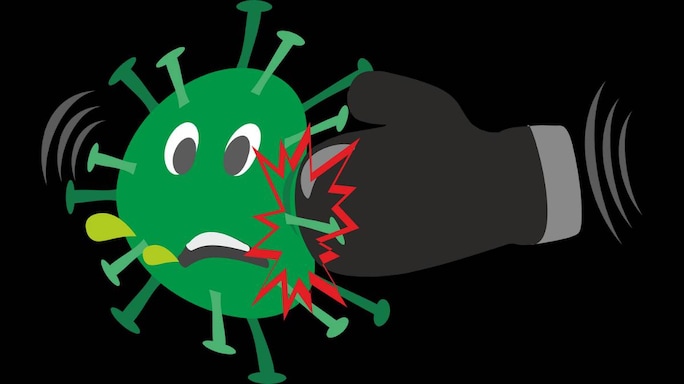 Many people blame the coronavirus epidemic on globalization, and say that the only way to prevent more such outbreaks is to de-globalize the world. Build walls, restrict travel, reduce trade. However, while short-term quarantine is essential to stop epidemics, long-term isolationism will lead to economic collapse without offering any real protection against infectious diseases. Just the opposite. The real antidote to epidemics is cooperation.

Epidemics killed millions of people long before the current age of globalization. In the 14th century there were no airplanes and cruise ships, and yet the Black Death spread from East Asia to Western Europe in little more than a decade, killing at least a quarter of the population. In 1520, Mexico had no trains or even donkeys, yet it took a mere year for a smallpox epidemic to decimate up to a third of its inhabitants. In 1918, a particularly virulent strain of flu managed to spread within a few months to the remotest corners of the world. It infected more than a quarter of the human species, and killed tens of millions.

In the century that passed since 1918, humankind became ever more vulnerable to epidemics, due to a combination of growing populations and better transport. Today, a virus can travel business class across the world in 24 hours, and infect megacities of millions. We should, therefore, have expected to live in an infectious hell, with one deadly plague after another. However, both the incidence and impact of epidemics have actually gone down dramatically. Despite horrendous outbreaks such as AIDS and Ebola, in the 21st century epidemics kill a far smaller proportion of humans than in any previous time since the Stone Age. This is because the best defence humans have against pathogens is not isolation—it is information. Humanity has been winning the war against epidemics because in the arms race between pathogens and doctors, pathogens rely on blind mutations, while doctors rely on the scientific analysis of information.

During the last century, scientists, doctors and nurses throughout the world pooled information and together managed to understand both the mechanism behind epidemics and the means of countering them. The theory of evolution explained why and how new diseases erupt and old diseases become more virulent. Genetics enabled scientists to spy on the pathogens’ own instruction manual. Once scientists understood what causes epidemics, it became much easier to fight them. Vaccinations, antibiotics, improved hygiene and a much better medical infrastructure have allowed humanity to gain the upper hand over its invisible predators.

What does this history teach us for the current coronavirus epidemic? First, it implies that you cannot protect yourself by permanently closing your borders. Remember that epidemics spread rapidly even in the Middle Ages, long before the age of globalization. So even if you reduce your global connections to the level of a medieval kingdom, that still would not be enough. To really protect yourself through isolation, you would have to go back to the Stone Age. Can you do that?

Secondly, history indicates that real protection comes from the sharing of reliable scientific information and from global solidarity. When one country is struck by an epidemic, it should be willing to share information about the outbreak honestly without fear of an economic catastrophe—while other countries should be able to trust that information, and should be willing to extend a helping hand rather than ostracize the victim.

International cooperation is needed also for effective quarantine measures. Quarantine and lockdown are essential for stopping the spread of epide-mics. But when countries distrust one another and each country feels that it is on its own, governments hesitate to take such drastic measures. If you discover 100 coronavirus cases in your country, would you immediately lock down entire cities and regions? To a large extent, that depends on what you expect from other countries. Locking down your own cities could lead to economic collapse. If you think that other countries will then come to your help, you will be more likely to adopt this drastic measure sooner.

Perhaps the most important thing people should realize about such epidemics is that the spread of the epidemic in any one country endangers the entire human species. In the 1970s, humanity managed to completely eradicate the smallpox virus because all people in all countries were vaccinated against smallpox. If even one country failed to vaccinate its population, it could have endangered the whole of humankind, because as long as the smallpox virus existed and evolved somewhere, it could always spread again everywhere. 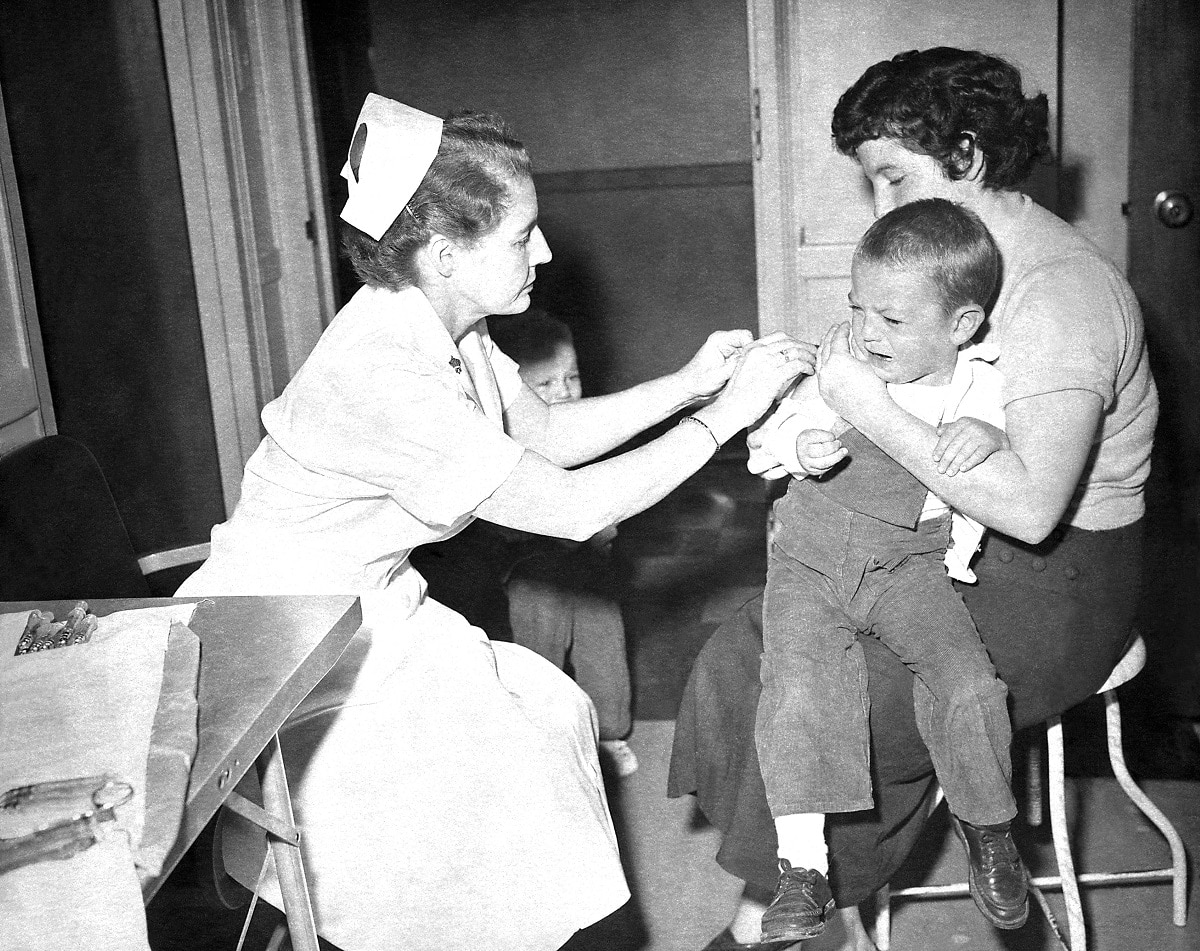 In the fight against viruses, humanity needs to closely guard borders. But not the borders between countries. Rather, it needs to guard the border between the human world and the virus-sphere. Planet earth is teeming with countless viruses, and new ones are constantly evolving due to genetic mutations. The borderline separating this virus-sphere from the human world passes inside the body of each and every human being. If a dangerous virus manages to penetrate this border anywhere on earth, it puts the whole human species in danger. Over the last century, humanity has fortified this border like never before. Modern health-care systems have been built to serve as a wall on that border, and nurses, doctors and scientists are the guards who patrol it and repel intruders. However, long sections of this border have been left woefully exposed. There are hundreds of millions of people around the world who lack even basic health-care services. This endangers all of us. We are used to thinking about health in national terms, but providing better health care for Iranians and the Chinese also helps protect Israelis and Americans from epidemics. This simple truth should be obvious to everyone.

Today, humanity faces an acute crisis not only due to the coronavirus, but also due to the lack of trust between humans. To defeat an epidemic, people need to trust scientific experts, citizens need to trust public authorities and countries need to trust each other. Over the last few years, irresponsible politicians have deliberately undermined trust in science, in public authorities and in international cooperation. As a result, we are facing this crisis bereft of global leaders who can inspire, organize and finance a coordinated global response. 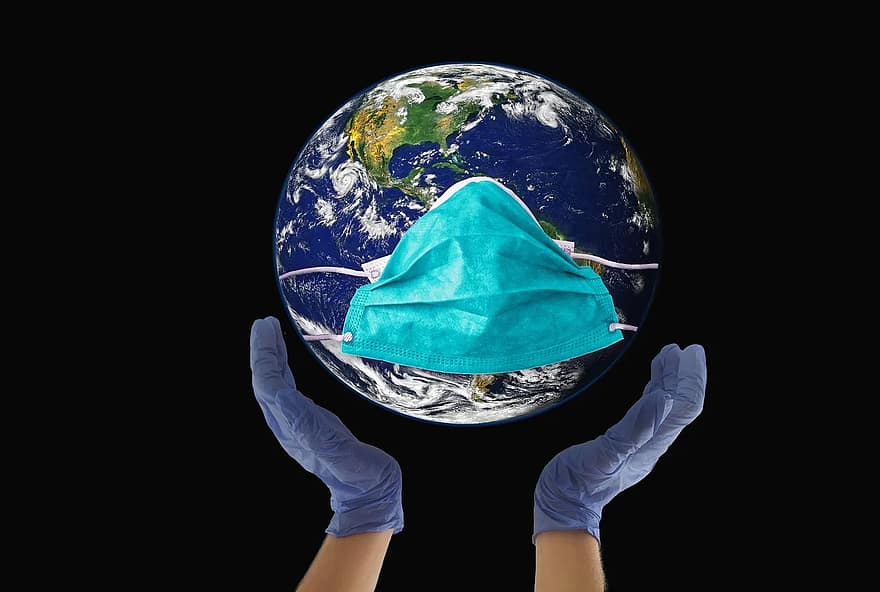 Trust is essential in order for the world to come together to defeat coronavirus. (Photo: Pikist)

During the 2014 Ebola epidemic, the United States served as that kind of leader. It fulfilled a similar role during the 2008 financial crisis, when it rallied behind enough countries to prevent a global economic meltdown. But, in recent years it has resigned its role as global leader. The current US administration has cut support for international organizations, and has made it very clear to the world that the United States no longer has any real friends, only interests.

The void left by the United States has not been filled by anyone else. Xenophobia, isolationism and distrust now characterize most of the international system. Without trust and global solidarity we will not be able to stop the coronavirus epidemic.

Yuval Noah Harari is a history lecturer at the Hebrew University of Jerusalem and author of the books Sapiens, Homo Deus and 21 Lessons for the 21st Century from Time (15 March 2020), Copyright © 2020 by Yuval Noah Harari, time.com

A longer version of the article was first published on TIME.