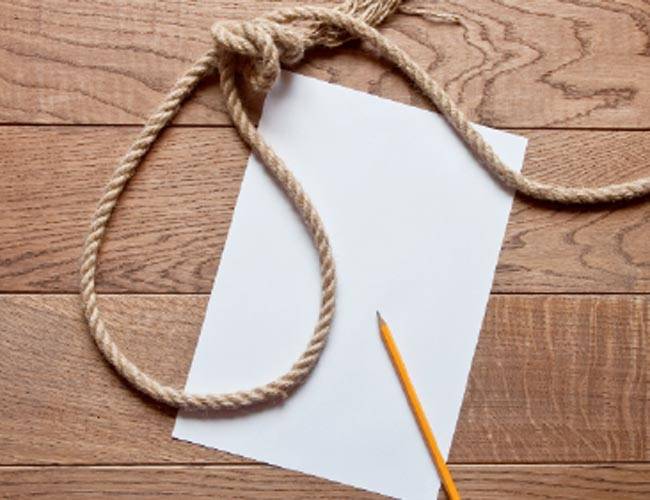 SEVENTEEN-YEAR-OLD Kriti Tripathi did not want to be an engineer. But she tried. Her parents moved to Kota so she could attend a coaching centre. She went through the motions, took the IIT-JEE and passed. She was not happy with her score, but that isn't why she jumped to her death from a five-storey building in April this year.'It's not because of bad scores in JEE Mains,' she wrote in her five-page suicide note. 'It's because I've started hating myself to the extent that I want to kill myself.'

Hers wasn't the only life lost too soon. A Lancet Commission on Adolescent Health and Wellbeing study released in May revealed that suicide was the leading cause of death among youngsters aged 10-24 in India. The National Crime Records Bureau's statistics on suicides is grim, with 49,259 deaths under the age of 29 reported in 2013 and 55,833 deaths (under 30) in 2014.

The largest number of suicides among adolescents aged 18 and below were due to unspecified causes, unknown reasons, illness (including mental health), family problems and failure in exams. Other causes included issues related to career, love affairs and marriage.

The onus on parents is to become more open and accepting of their adolescents' desires and choice of careers and romantic partners.

'Parents need to recognize that with education and globalization, young people's aspirations about their jobs and relationships are changing. They need to respect the choices made by young people,' he says. A national strategy to improve mental healthcare, as well as 'policies to promote youth skills and to move beyond the orthodox, formal educational options' is the need of the hour, he adds.

Do You Like This Story?
28
1
Other Stories
Please enter valid text
corona updates
Must Reads
Latest Issue