Silence in a World of Noise

Technology made our lives more interesting. Now it's drowning us in an awful din. 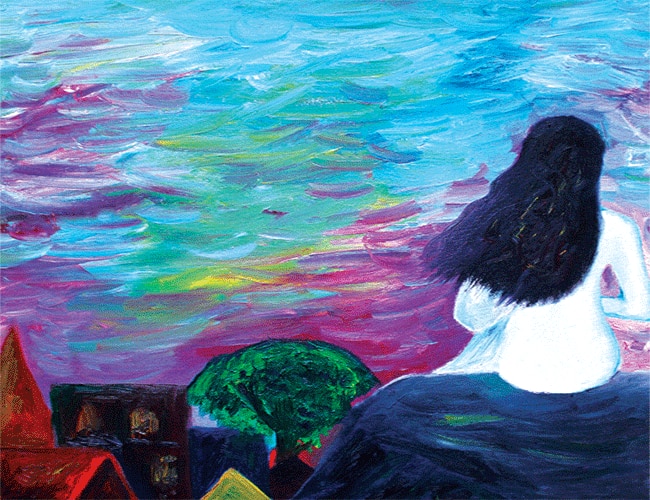 Four years ago, an editor of mine at The New York Times came to me and said, "You live your whole life in airports and you just never stop moving. Have you ever thought of sitting still?" I had not, of course. And to encourage me in this, she gave me a small book. I read the book and now I am obliged to talk about a subject I know next to nothing about. But one thing I do know is that everybody in this room is busy*. We are being bombarded by so much information, misinformation, disinformation every day, the world is coming to us as a never-ending series of shocks.

In my experience as a traveller, I would say, of all the countries on the planet, India is among the most hyperconnected … So I thought maybe the best thing I could do to set our discussion up would be by sharing a few facts and figures. In the time we are meeting for this session, the human race is going to gather 12 times more information than exists in the whole American Library of Congress. Every one of you in this room will take in more data today than Shakespeare took in his entire lifetime. So, certainly you know more than Shakespeare, but are you wiser? I'm not so sure. Meanwhile, the more you try to keep up with the moment, the further you fall behind. And, I'm guessing, every one of you knows this sensation. I certainly do. I've more and more time-saving devices in my life but less and less time. I can make contact more and more easily with people on the furthest corner of the planet. But in that process, I often feel I'm losing contact with myself. And I've more and more data at my fingertips but less time or chance to make sense of it.

Our systems are also feeling the neurological aspect of this bombardment. Doctors report patients suffering from a new medical condition called nomophobia, which is literally being terrified of having no mobile-phone contact. In fact, in China, one man was found dead in front of his [computer] terminal in an internet café. The really scary thing: nobody noticed he was dead for nine hours. They were all presumably half dead in front of their ugly terminals. And I'm sure you know the World Health Organization has been quoted saying the health epidemic of the 21st century is not ebola, it is stress.

For me, one of the really eye-opening things in this whole phenomenon is that the people who have given us these technologies are also the ones who are most determined to set limits on them. When I go to Silicon Valley, I find that half the people in the IT business maintain some form of digital detox, which they incorporate into their daily life, just to keep themselves in balance. But the bottom line for me is that really when India Today began as a magazine, and when I began writing, getting information was the big luxury. Nowadays, for many of us, getting away from it is the luxury. I have friends who often boast about being too busy, even when everybody knows that the person who is too busy is seldom wise and the person who is wise is seldom too busy.

*Pico Iyer was speaking at the India Today Conclave 2017

Pico Iyer is an essayist and novelist, best known for his travelogues. His works include Video Night in Kathmandu, The Lady and the Monk and The Global Soul. A British-born Indian, he has been living in Japan since 1992.