Sakshi Malik on Winning the Olympic, Pratap Bhanu Mehta on the Battle in India, Mahatma Gandhi on the Power of Prayers, and more 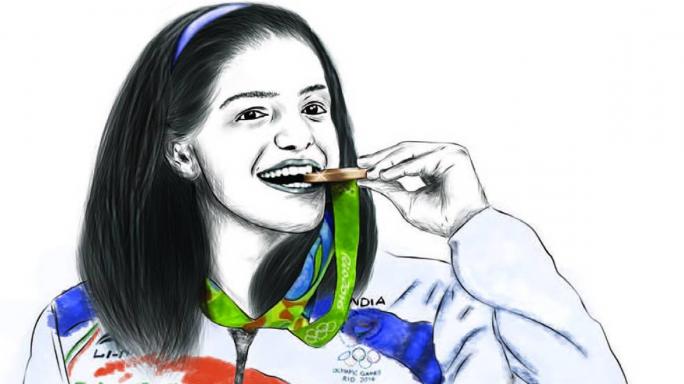 I put up a poster in my room of Rio 2016, and made a drawing of medals and a podium … I would see it before I slept and the first thing when I woke up. Girls used to say I had gone mad.

It’s so hard to forget pain, but it’s even harder to remember sweetness. We have no scar to show for happiness.

Democracy demands that society’s wealth, physical and cultural, be shared with openness, respect and love. This calls for empathy and not just tolerance; an embrace, not putting up with one another.

Music is humans’ most advanced achievement. Trying to turn lead into gold is nothing compared to taking something mechanical like an instrument—a string and a bow—and using it to evoke a human soul.

I think that you can disagree with people and debate over their positions with issues without engaging in the politics of personal destruction.

We have survived a war. There are still kids who don’t know if their parents are alive, don’t have anything to eat or books to go to school [sic]. So the fact of becoming Olympic champion is just huge for all of us.

Prayer is not asking. It is a longing of the soul. It is daily admission of one’s weakness … It is better in prayer to have a heart without words than words without a heart.

Jesse Williams, actor and human rights activist, in a speech on race at the BET awards

Mother India is not a slogan. She is an idea that spreads across the nation and the world. She represents history and the future. Geographically she extends from Kashmir to Kanyakumari and into the diaspora. She reorganizes this huge diversity, the promise of justice to the poor, to the majority and minorities. She tolerates dissent on all issues—even the most sacral.

Rajeev Dhavan, senior advocate, Supreme Court of India, in an essay on democracy, in The Wire

When someone shows you how little you mean to them and you keep coming back for more, before you know it you start to mean less to yourself. You are not made up of compartments! You are one whole person!

Lena Dunham, actor and writer, in her book Not That Kind of Girl: A Young Woman Tells You What She’s “Learned”

The battle in India is not between majorities and minorities. It is between forces and institutions in each community that want to bend the arc of history away from freedom and equality in the personal space, and forces that want to claim those rights. This is a contest that cuts across communities with varying degrees of intensity.