On 25 November 1949, in his last speech before India's Constituent Assembly, Dr B. R. Ambedkar delivered a scarily prescient message on the threats to Indian democracy 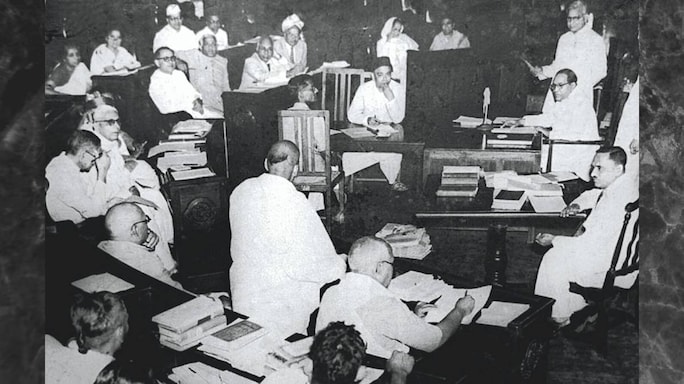 On 25 November 1949, the principal architect of the Indian constitution Dr Bhimrao Ramji Ambedkar addressed India’s Constituent Assembly for the last time, the day before the Constitution was adopted. Here is an excerpt from the speech.

My mind is so full of the future of our country that I feel I ought to take this occasion to give expression to some of my reflections thereon. On 26th January 1950, India will be an independent country. Will she maintain her independence or will she lose it again? … It is this thought which fills me with anxiety. This anxiety is deepened by the realization of the fact that, in addition to our old enemies in the form of castes and creeds, we are going to have many political parties with diverse and opposing political creeds. Will Indians place the country above their creed, or will they place creed above country? I do not know. But this much is certain that if the parties place creed above country, our independence will be put in jeopardy a second time and probably be lost for ever. This eventuality we must all resolutely guard against.

There was a time when India was studded with republics, and even where there were monarchies, they were either elected or limited. They were never absolute. This democratic system India lost. Will she lose it a second time? … it is quite possible in a country like India—where democracy from its long disuse must be regarded as something quite new—there is danger of democracy giving place to dictatorship. It is quite possible for this new-born democracy to retain its form, but give place to dictatorship in fact.

If we wish to maintain democracy not merely in form, but also in fact, what must we do? The first thing in my judgement is to hold fast to constitutional methods of achieving our social and economic objectives. The second thing we must do is to observe the caution which John Stuart Mill has given … namely, not “to lay their liberties at the feet of even a great man, or to trust him with powers which enable him to subvert their institutions.” There is nothing wrong in being grateful to great men who have rendered lifelong services to the country. But there are limits to gratefulness. This caution is far more necessary in the case of India than in the case of any other country, for in India Bhakti or what may be called the path of devotion or hero-worship plays a part in its politics unequalled in magnitude by the part it plays in the politics of any other country in the world. Bhakti in religion may be a road to the salvation of the soul. But in politics, Bhakti or hero-worship is a sure road to degradation and to eventual dictatorship. 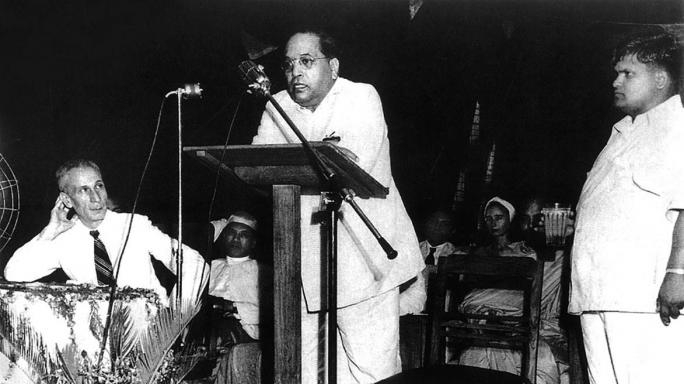 We must begin by acknowledging the fact that there is complete absence of two things in Indian society. One of these is equality. On the social plane, we have in India a society based on the principle of graded inequality which means elevation for some and degradation for others. On the economic plane, we have a society in which there are some who have immense wealth as against many who live in abject poverty. On the 26th of January 1950, we are going to enter into a life of contradictions. In politics we will be recognizing the principle of one man, one vote and one vote, one value. In our social and economic life, we shall, by reason of our social and economic structure, continue to deny the principle of one man one value. If we continue to deny it for long, we will do so only by putting our political democracy in peril.

The second thing we are wanting in is recognition of the principle of fraternity. Fraternity means a sense of common brotherhood of all Indians—of Indians being one people. It is the principle which gives unity and solidarity to social life. It is a difficult thing to achieve. How can people divided into several thousands of castes be a nation? The realization of this goal is going to be very difficult ... The castes are anti-national … because they bring about separation in social life. But we must overcome all these difficulties if we wish to become a nation in reality. Without fraternity, equality and liberty will be no deeper than coats of paint.

These are my reflections about the tasks that lie ahead of us. But there can be no gain saying that political power in this country has too long been the monopoly of a few and the many are not only beasts of burden, but also beasts of prey. This monopoly has not merely deprived them of their chance of betterment, it has sapped them of what may be called the significance of life. These downtrodden classes are tired of being governed. This urge for self-realization in the downtrodden classes must not be allowed to develop into a class struggle. This can only be done by the establishment of equality and fraternity in all spheres of life.

Independence is no doubt a matter of joy. But .. this independence has thrown on us great responsibilities. There is great danger of things going wrong. Times are fast changing. People are being moved by new ideologies. They are getting tired of government by the people. They are prepared to have government for the people and are indifferent whether it is government of the people and by the people. If we wish to preserve the Constitution in which we have sought to enshrine the principle of government of the people, for the people and by the people, let us resolve not to be tardy in the recognition of the evils that lie across our path, nor to be weak in our initiative to remove them. That is the only way to serve the country. I know of no better.

On 26 January 1950, the Indian constitution came into effect, ending India’s status as a British dominion.

Do You Like This Story?
92
6
Other Stories
Please enter valid text
Must Reads
Latest Issue