Keep Calm And Swipe On

Word to the wise: You’ll need more than an open mind and a positive attitude to get through these dating-app hookups 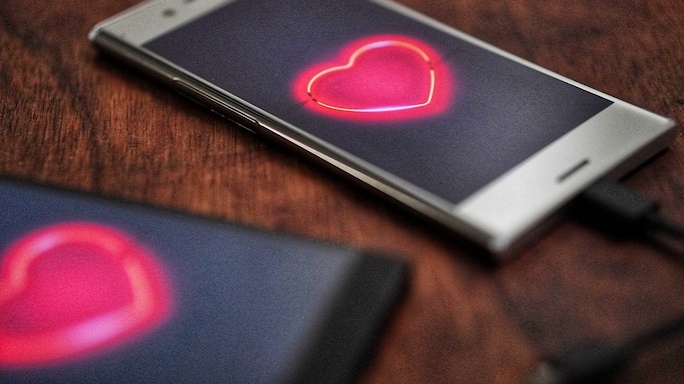 I am the self-proclaimed queen of dating apps. Roll your eyes all you want but chances are that many of you either want to be on one too, regardless of your relationship status—nothing wrong with being curious right?—or you’ve already signed up in which case you may find these pearls of wisdom useful. Anyway, so the point is that if you are 40, or over, and single, chances are rare that you will meet other 40, or over, single people in your social circles often. You might come across an odd sample now and then, but as soon as you start a conversation, more often than not you will realize that some characters are better suited for your mantelpiece as a specimen rather than in your bedroom. And, believe me, I can open a museum with some of the ones I’ve met. All kidding aside, they’ve all been fairly nice and sweet, not at all stalker-y, and I have lived to tell the tale—but specimens, nevertheless.

So, in the larger interest of womankind, I thought I should put down my list of the kind of men I met on dating apps—the ones you would be happier staying away from. Sure, they are entertaining, but it’s like the monkeys in the zoo: Fun to watch while you’re there but definitely not the kind to bring back home.

This was one of my first experiences with online dating—a man who looked good, had a voice to die for and said all the right things, all the time. A few weeks into late night conversations and lots of dreamy texts, came the first twist in the tale: he had cancer!—or so he said. Being new to this game, I initially fell for it, though I did wonder why he would be on the prowl for a partner when he was struggling with his own health. But trying to be as non-judgemental as I could and offer support, we kept chatting. Soon enough, the red flags slowly showed up one by one. The icing on the cake was when he promised to leave me his orange Bentley when he died because he was in love with me. The Bentley never arrived, and he disappeared, so I’m guessing he’s either more in love with the car than me or his family cheated me out of the wealth that was rightfully mine! Think of the muscled firefighters you see in American movies, and you’ll know what I mean—this dashing gentleman had me drooling every time I saw him in his crisp, sharp uniform threads. Just one problem though: he knew it too! At any given point, he would strut around in full peacock mode, even in raggedy boxer shorts and tee. There was hardly a time when we walked past a mirror or a glass wall that he didn't stop to admire himself for a second. And considering I am a person who only looks in the mirror to apply a bit of kajal, this relationship was doomed from the word go. The mirror had to crack sooner than later and thankfully,it did!

The One with Amnesia 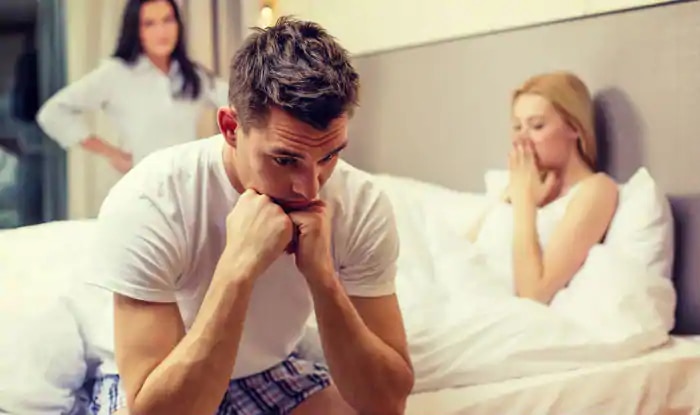 People with amnesia should take medication and not be on dating apps: there I said it. There he was, well spoken, well read, accomplished and well versed in, uhm … extracurriculars. All was well till the day I got a call from his ‘wife’ asking why I was dating her husband. Turns out he ‘forgot’ to tell me he was married. I blocked his number and have ‘forgotten’ to unblock it till date.

Every woman wants a sensitive man, one who understands her deeply, her emotions, what she is saying even when she doesn't say a word—basically the King of Emotional Quotients. But when that man starts crying in the dead of the night while recounting his life story, there’s not much else to do but fetch him a glass of water, calm him down and book him an Uber home. Does that sound heartless? Don’t get me wrong—I love a crying man who is in touch with his feelings and can pour his heart out. But maybe not on a first date? Definitely not while looking deep into my eyes and telling me in a soul-stirring voice that I remind him of his ex-wife. 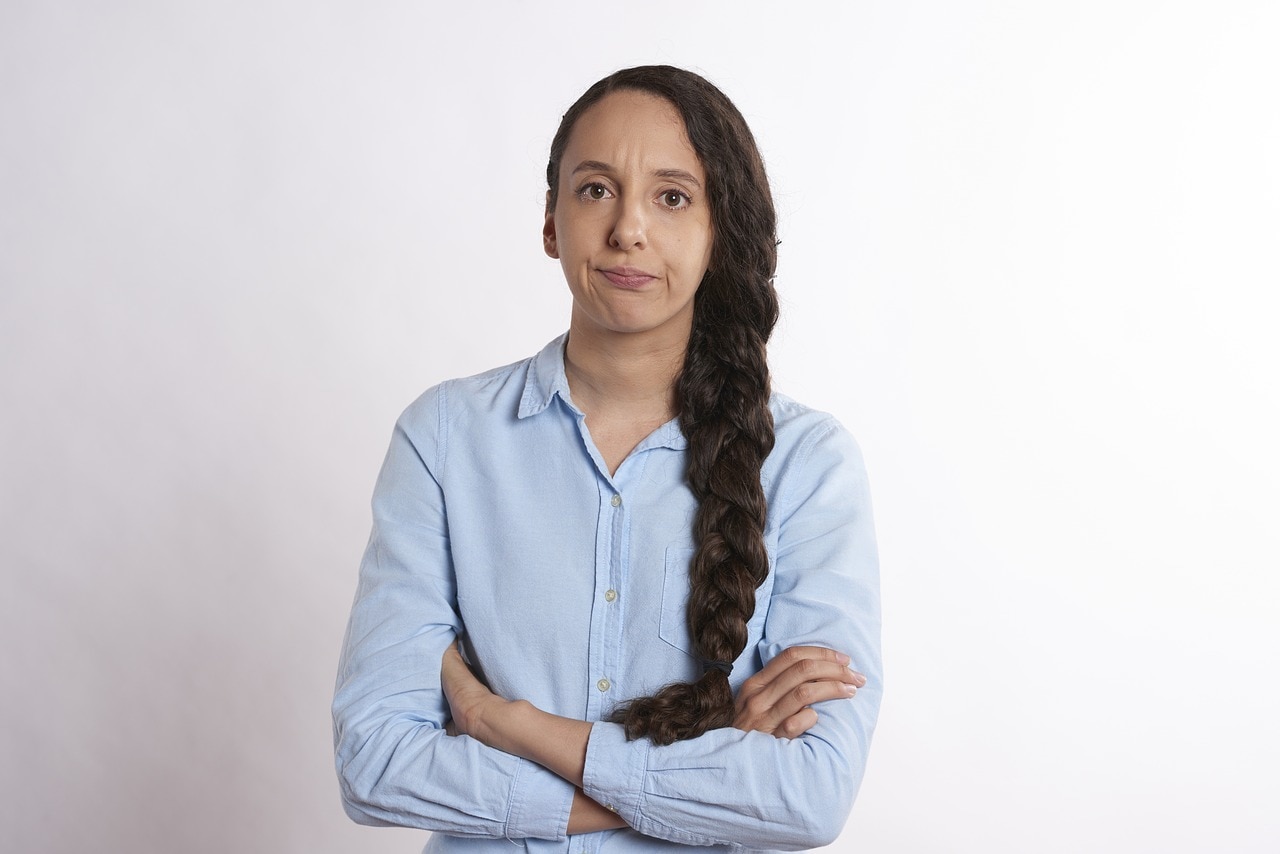 I have a thing for the arts but one experience taught me that a preference like this can be a double-edged sword. Remember that scene from Dear Zindagi when Kaira complains that the musician only sings? Yes, exactly that. The problem with dating an artist of any kind is that their craft is all they talk about. When you’re out buying groceries, they’re trying to frame a picture of the “real India”—a woman buying tinda—or reciting the number of ways tinda can be cooked to make it fusion food. It’s entertaining for a while, sure. But when every conversation is punctuated with their boundless talent, you’re bound to head for therapy soon, not least because it makes you question your own non-artistic soul. And we all know how expensive therapy can be. So I ran away, only because it made economical sense.

The Man Who Never Grew Up

How cute is it when a man calls you in the middle of the day to ask what shirt he should buy for an important board meeting coming up that week? Quite the fuzzy-feeling generator, but those are, again, oh so short-lived. I went from offering advice for shirts and healthy food to curtains, home decor ideas to underwear! That’s when I realized that this is some parenting-trip gone horribly wrong. Should I switch from dating apps to adoption sites? Children at least would be cute for a few years and wouldn't speak much.

This, of course, is the easiest one. If I had a rupee for every time a man explained something to me, I would have been able to buy myself the orange Bentley without having to wait for someone to bequeath me one in their last will and testament. While I encountered numerous examples of this typically masculine trait, my favourite instance was when someone tried to break down feminism for me, quoting texts I had studied as a part of my Master’s course. When I pointed this out, he “explained” that I hadn’t really understood their essence because at the time I was young and he wasn't really into feminists because we never really understand the hardships men suffer because of us, “feminazis”. Well, what can I say? Anyone who drops the word ‘Nazi’ in anything except a historical context should be history in my opinion. Like COVID-19, that is a dangerous thing to touch!

But if you think I was going to be daunted by this, you have another thing coming people. My parents taught me never to give up and having waded through these waters for a while now and calling all the spirits of the Universe to guide me, I am going to be on this journey till the right man comes riding down the seashore on a horse and sweeps me off my feet. Yes, I am aware that’s what happened in Baazigar, but as long as I don't accidentally fall off a building, maybe there’s a happy ending. When that happens, you’re all invited!

The author is a development sector communication professional. She loves what she does but also finds herself often at her wits' end, trying to figure out the larger questions of life.

Do You Like This Story?
10
5
Other Stories
Please enter valid text
Must Reads
Latest Issue