Heroine Of Her Own Epic

Women must learn to actively make themselves and their work visible. 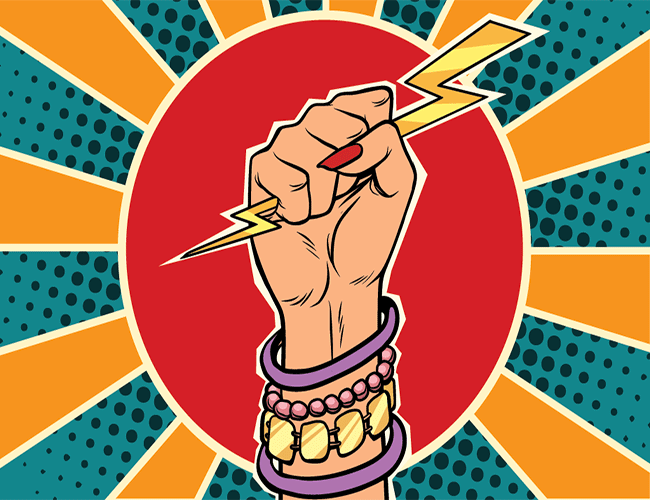 "But where are the women? If we knew of experienced women with leadership skills, we would surely nominate them." This is the most infuriating defence offered for the exclusion of women from leadership roles and political nominations.

Most infuriating because it demonstrates clearly that no effort has been made to identify, contact and include the countless women who make schools, colleges, residents' welfare associations, mohalla committees, consumer action groups and other collective or social activities run smoothly. Their work underpins a host of social goals from education to public health to alleviating the consequences of social inequality but, leave alone acknowledged, it is not seen.

To this end, feminists set about making women's work visible in many ways. We write histories that uncover their work in areas as varied as science and diplomacy, for instance. We gather their writings and publish them. We recognize their contribution through special awards. We challenge their absence from important contexts like cabinets, boardrooms and judicial benches.

The NGO I run has an archives project, which crowdsources images from women's personal collections to document the invisible work women do in the public sphere. We are particularly interested in the women who form the crowd (for instance, those who march in protests) or work in the back rooms, providing support (those who paint the banners). For us, it is evident these constitute both experience and leadership. In 2015 and 2016, we ran two calls for photos, both of which called on women to identify each other or better, self-identify as leaders. The response was pitiful.

We wondered why. It was not hard to guess, considering none of us had submitted our own photos despite having records of leadership in many contexts. The simpler, perhaps simplistic, explanation is that women and girls are taught to be self-effacing. Most of us still grow up in patriarchal households where the division of household labour and interpersonal expectations are deeply gendered. Girls are raised to provide support around the house without their work being acknowledged---much the same way as older women in the household do. The same tasks---cleaning or dusting or making beds or laying the table---acquire importance when performed by the men in the household, such men being seen as exceptional.

Patriarchy works in two ways with regard to work. Women do work that is considered less important; work that women do is considered less important. Traditional women's work involves maintenance, support and care; all of these are critical not just from a functional point of view, but also from the point of view of progress. Women earn either nothing, very little or significantly less than men for this work. They also get less recognition---individually and from society.

The more complicated reason why women do not define their work as substantial is that they internalize this dismissal. They see themselves as simply doing what needs to be done every day, unworthy of listing or elaboration. This extends to the way they see their work outside the home. In cultures that still stigmatize women's paid work outside, so that they can only be seen to work outside as a function of acute need, there is no room for celebrating professional growth except for its monetary returns. When they take on responsibilities in the housing society, neighbourhood watch or cleanliness drive, it is an extension of the work at home. Even at this level, women rarely ask to take on a chair or president's role, preferring concrete responsibilities or tasks. They may even collect and manage money, but they will not see this as budget and financial management experience.

Girls learn early that a woman's place is backstage. Even when they step into the arc lights, they see themselves as merely stepping up to the plate in a moment of need---not as playing a leading role. During an oral history interview with a senior citizen who once was a very popular student leader, she would default to speaking about her husband instead. We had to gently remind her that it was her story we were there to record, not her husband's. She indulged us but not entirely convinced her story was worth our effort, except for its intersection with his. Girls do not learn to be the heroines of their own epic; they are trained to take supporting roles that are not listed in the credits.

There is also a confidence issue. Patriarchy allows men to feel confident and entitled; it denies women the same. This is evident in communication styles, where men are more likely to posit opinions as facts, and women, facts as opinions. "I just feel that ... " or "It's just my view but ... ". But a typical opening clause in women's interventions during a professional discussion would be this: "I am probably wrong but ... ". The fact that "mansplaining" (where men choose to explain things to women, even when the woman is the subject-matter expert) is now a word shows that, by and large, men are unfettered by self-doubt.

Thus, we face two challenges. The first one---our original concern---is to make women's accomplishments visible in order to enhance their role and recognition in the public sphere. The second, based on what we have learnt recently, is to help girls and women gain the confidence to see themselves as achievers and leaders. Both are prerequisites for women's equal participation in the economy and politics.

A woman seeking a career in public affairs has to first overcome the inner critic that puts her down; then, the indifferent universe that barely notices her; and finally, the pervasive reality of stigma and violence first expressed as mockery, disdain, dismissal and trolling. This makes the success of a Mayawati, a Mamata Banerjee, a Sushma Swaraj or a Jayalalithaa truly heroic, while keeping politics a landmine-infested obstacle course for the hundreds of women leaders who have emerged through the Panchayat system and civil society.

Swarna Rajagopalan is a political scientist and independent scholar. She is also the founder of The Prajnya Trust in Chennai, which works towards gender equality.