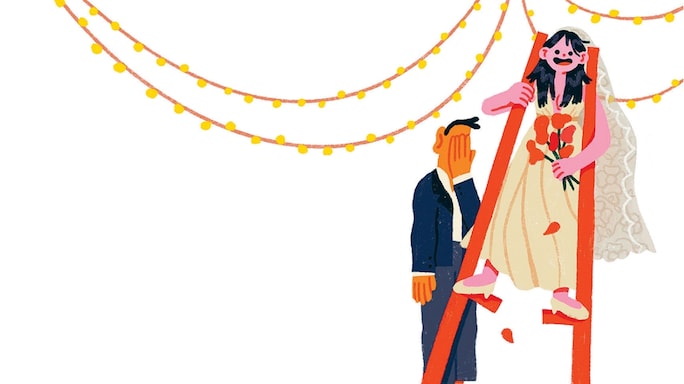 1. At the annual convention for people with a paralyzing fear of heights

I will never know what possessed me to waltz into the National Acrophobia Convention on nine foot stilts, other than the fact that I’m straight-up jazzed about my stilts and never, ever want to remove them, not even when I sleep. Okay, so I didn’t exactly ‘waltz’. The very first bullet point in any stilt owner’s manual explicitly says, ‘Good luck ever waltzing again’. But however I entered Conference Room B, I’ll never forget the shrieks of white-hot terror that greeted me as convention-goers watched their greatest fear not-waltz into the room and openly mock their one common vulnerability.

2. At the conservation farm for endangered insects

I was not aware of the farm’s viewing platform when I first arrived and instead decided to stroll across the grass in my three-metre stilts. Let’s just say, perhaps it was a bad idea. Unfortunately, the rubber base of each stilt was the exact size of an insect teetering right on the edge of total extinction. I  will also admit that the horrifying squishing and crunching sounds that accompanied every one of my heavily weighted steps did warrant a very expensive lawsuit against me.

3. At my own wedding “Loving me means loving all of me!”

I exclaimed triumphantly on the morning of my wedding. A beautiful flowing gown, a garland of flowers and, yes, my three-metre stilts. I’d been with Allan—the lawyer who represented me when I was sued by the Endangered Insects Conservation Farm—for nearly a year, and surely by then he was familiar with my deeply stilt-based lifestyle. We ended up losing that lawsuit quite badly, sending Allan into a depression. So yes, after lumbering down the aisle towards him, towering high above our guests, I suppose I now understand why he blurted out “Too soon!” and fled the venue.

This one was an accident—sorry guys! I walked into the community centre on my three-metre stilts, looking for an empty room to practise some advanced stilt jumps. When I opened the door with my right stilt and beheld a circle of tearful, balding men sitting in chairs and sharing their feelings, of course I tried to turn around and leave, but the doorknob came off. Instead of joining the circle, I awkwardly strode around the room with an aerial view of every man’s head. From my perch, I could examine in startling detail exactly how each one was balding. I now understand their increasingly loud protests, and why that one guy broke the one rule of the support group and grabbed a toque.

Hot tip: When you’re trying to stalk your ex-fiancé Allan because you miss him and need to know if he ever talks about you on stage, three-metre stilts aren’t a big help. I realized this when I entered the intimate, 30-seat comedy venue. “It’s standing room only,” the box office lady said, at eye-level with my stilts. “Works for me!” I chuckled. I see now that I was incredibly conspicuous in the back of the room. Within minutes, security showed up, but it turns out Allan does talk about me onstage! I was actually the very first thing he mentioned! Nice! Still got it.