Kalki Koechlin doesn't like being called an activist, but you hear her when she speaks 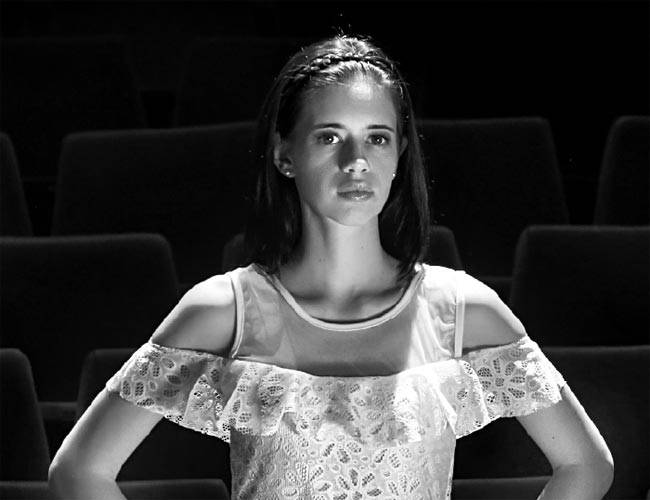 Lucid. That's the first word that comes to mind while in conversation with Kalki Koechlin [for the curious-minded, her last name is pronounced as 'cake-la(n)' and not 'coach-lin']. Easy to laugh and with a good head on her shoulders, this 32-year-old actor is someone we could all relate to. She would make a good role model, I can't help thinking. And I wouldn't be too wrong to say that she's sincere to a fault, as also someone who doesn't mince her words or beat around the bush to call a spade just that.

Kalki caught our attention in 2009 with the breakout film Dev.D, a modern retelling of the classic Devdas, where she portrayed Chanda-and there has been no stopping her since. We saw this star shine in more than 10 films over the years. There have been blockbusters like Zindagi Na Milegi Dobara and Yeh Jawaani Hai Deewani and performances in That Girl in Yellow Boots, Shaitan, Shanghai and, more recently, Waiting that won her critical acclaim. In May, she picked up the special jury award at the 63rd National Film Awards for Shonali Bose's Margarita with a Straw, for her sensitive portrait of Laila, a college-going girl with cerebral palsy (CP).

Kalki's influence goes beyond the reaches of cinema. As someone who doesn't view their work in isolation from their beliefs or chooses to live in a self-imposed bubble, she isn't afraid to speak up-in her words, she likes to lead by example. In addition to her depiction of powerful roles, her monologues and spoken words, social satires, which she shares with her millions of followers on social media, speak volumes of her empathy and involvement with her surroundings.

In this interview, Kalki speaks freely about her art, the people who inspire her and what makes her tick.

Waiting has an interesting, edgy theme. How was your experience working with Naseeruddin Shah?

Oh, it was great. It's so nice to work with an actor who comes in knowing his lines and character. He comes prepared, so there's no faffing around on set. He doesn't like to do more than two or three takes for a scene, and I'm also the same. Also, he would never look at playbacks of his take, and I am the same. It was extremely fulfilling to work with someone who has a similar way of thinking.

So, how did you prepare for a character like Laila (in Margarita with a Straw)?

For six months, at least two hours a day, I spent in character-sitting in a wheelchair, speaking like Laila, doing all my chores just as she would. That process was very important for me to follow over a long period of time, because your body starts to get into the habit of the role—it becomes second nature. It's like playing an instrument—only when you do riyaaz every day that you start getting muscle memory, so that it's not your brain telling you what to do, your body itself is starting to do that. That is a very important part of preparation, which is immense, in terms of physical transformation.

In terms of emotional transformation, I was hanging out with Malini, my director's cousin who has CP. My character was based a lot on her personality. Also, during filming, the frustration of not being able to leave your chair, waiting for help to get to the bathroom or a glass of water, and then the communication barrier, the way people stare at you—everything started taking an effect.

As a socially responsible actor, how far do your beliefs find a way in your work?

As an artist, the search for humanity is a daily process. If I'm researching a new character, it's my job to get into their skin. I have to understand them even if they're very different from my own life-why they're behaving the way they are, what is their background, what are the influences that have made them that way. When you start doing that you become a lot more open-minded, because you start understanding people who might be your opposite. I feel my job is to understand people, and find ways to live with each other with peace of mind, despite challenges. That, I feel, will come out organically in my work. If something makes me think, disturbs me or makes me question certain values, I write them down. But it's organic, not something I do separately.

Gender issues are close to your heart. How do you navigate the still chauvinistic film industry?

The industry is just a reflection of the society we live in; we have chauvinistic people in the industry because we have chauvinistic people in our society. We have had a history of ownership of women in our society, in our religion, in our system of marriage. For example, property is almost always in the name of a man, even your driving licence asks for your father's name. These are signs of a patriarchal society. When you don't have basic ownership, power is taken away from you and then it's hard for you to make a change or contribute to society. What we want to see more of is gender balance. I'm encouraged to see this right now and be part of this [change]. I have worked with three different women directors—Shonali [Bose], Anu [Menon] and Zoya [Akhtar]—and I see more and more women crew members, DoPs [directors of photography], and in other jobs that were traditionally male-dominated. I am seeing this change and we, as a society, are slowly becoming conscious of it. By no means is it equal at this point. There are a lot more men than women in this industry, but the change is starting to happen.

Flashing back to your childhood, how did it shape your art?

My childhood was a mix of everything. I grew up in a French household in Pondicherry, attended the Aurobindo Ashram school, then went to Ooty to a Christian boarding school. It was a mixture of different religions, influences, cultures. I spoke three languages—English, French and Tamil—on an average day. Similarly, I'd play gully cricket in my village in Pondi and then go home and eat a French meal. So, having to constantly switch between different worlds was a part of my life from a very young age. Also, my upbringing was non-religious but spiritual, like the teachings of Aurobindo that are about love for and consciousness of humanity. There's this inner life that we can work towards, but I don't believe there's one particular right religion—they are all ways to help us reach that discipline.

How do you pick your roles, and what are the things that attract you towards a script?

If I read a script in one go, that's a plus. And when I finish reading, if I want to find out more, if it makes me curious and excited, that's another positive. If it makes me think-that always works. Then there are other practical questions that I ask myself, like, have I done anything like this before? Am I challenging myself enough? Can I pull off the character?

How do you see your work and do you critique it?

I always watch my films twice. First time, with vanity: Oh God, my nose is so big or Is that what I look like when I am angry? The second time is to understand more objectively where I could have done better. I value certain friends' feedback, including actors who are my gurus and directors I've worked with in the past.

How important is winning an award and has it impacted your work?

It's too early to say. But the National Award is one of the biggest you can get and I'm happy I was chosen. It's very encouraging, especially for a film like Margarita [with a Straw].

You have written plays and co-wrote a film (That Girl in Yellow Boots). Do you see yourself go beyond acting?

I am so excited by my work as an actor that I don't think I have time [to focus on anything else]. In terms of direction, I feel that I don't know the visual elements and the technical aspects of film—how to cut a scene, which camera lens to use, and so on. There are technical details that are important for the language of film. And until I learn them I wouldn't want to direct.

How do you approach society at large on an everyday basis?

By getting through my beliefs to others and being true to myself. Leading by example has been my philosophy—do the things that you really believe in and if it works, others will be inspired to follow. Something that could be right for me could be wrong for someone else, depending on their life situation. [Being understanding and accepting of all, without compromising on my beliefs is my usual approach.]

What is the role of social media in your life, and how do you use it to influence and create awareness?

We've never had opportunity in the past [to connect with fans], as celebrities. Our real personalities were rarely revealed. With Twitter, I have a direct contact with my fans and can discuss the real person that I am. At the same time, it [the internet] can be very consuming, and we sometimes live our lives getting validation from people. It's an easy trap to fall into, to feel like your life is only valuable because of how many 'likes' you have or the number of 'retweets' you get. I think it's important to be connected with reality, just look up and see if the sky is blue.

I often share my monologues and spoken words on my social media. While promoting Waiting, I was tweeting and interacting live [with my audience]. In the past, a lot of the questions I was asked had more to do with trivialities. This time they wanted to ask me about what it's like to be a woman, to find value in what I do, what my beliefs are in making a better society. Not that I have all the answers, but it's nice to have these conversations.

In the beginning God made man. God made man in his own image. And then that was it. 'Man'kind, hu'man'ity, wo'man'. Man, man, man. What chance in Hell did we ever have? We were sidelined from the Big Bang. Remember Draupadi? Draupadi married off to the five Pandavas. She garlanded only Arjun, but they said, "Marry all of us."Five husbands! That can't be fun. God knows, in fact everybody knows, I have enough trouble with just one.

LINES FROM KOECHLIN'S PERFORMANCE POETRY AT THE INDIA TODAY CONCLAVE, 2014

Our machine sings obliviously, Chrring magazines, With shiny sheens.To accommodate setups socially serene. A world we can buy into. A dream we can hand onto. A love that divides one into two values that depend on what others think of you. And you know the tune. You are what you say, and not what you do. So keep tap-tap tapping On keyboards, computing virtual drawing rooms of communicating. Tap-tap tweet Tap-tap sweet Tap-tap texting Tap-tap emoticoning whilst our machine keeps chrr tak tak taka takadaka tak chree.

LINES FROM KOECHLIN'S PERFORMANCE POETRY, 2016. FIND THE VIDEO ON THE YOUTUBE CHANNEL BLUSH.