Can the New Law Flush Out Black Money?

All too often, our Parliament passes hasty legislation, invariably in response to overwhelming public opinion and anger over an issue. The Black Money (Undisclosed Foreign Income and Assets) and Imposition of Tax Act, 2015, is one such. 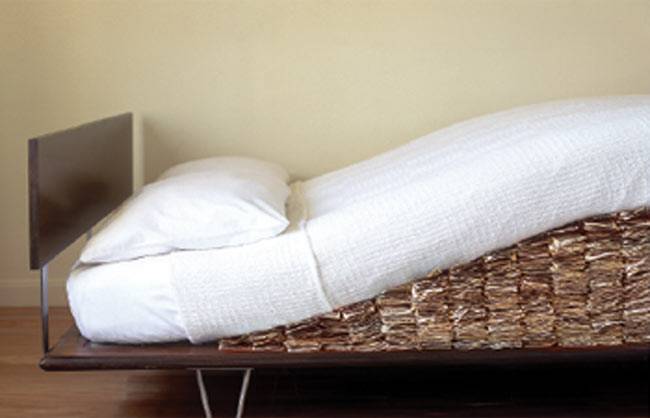 ALL TOO OFTEN, our Parliament passes hasty legislation, invariably in response to overwhelming public opinion and anger over an issue. The Black Money (Undisclosed Foreign Income and Assets) and Imposition of Tax Act, 2015, is one such.

Consider the setting in which the law was passed. The National Democratic Alliance (NDA) had scored an emphatic victory in 2014, mainly by highlighting scams and corruption under the Congress-led coalition government. A wildly exaggerated claim made during an election rally was that black money, if brought back, could put Rs.15 lakh into the account of each Indian. The NDA government, having promised to bring back black money in 100 days, continued to drag its feet. Meanwhile, the Supreme Court, which is hearing a public interest litigation filed by eminent lawyer Ram Jethmalani, was turning on the heat, especially since the Special Investigation Team (SIT) set up on its directions had submitted hard-hitting reports.

Under pressure to deliver, the NDA has cobbled together a draconian law, which harks back to the highly misused Foreign Exchange Regulation Act (FERA) that was diluted after it became a tool for harassment, corruption and abuse by enforcement directorate officials for decades, often at the behest of politicians. The bill was passed with little debate or opposition because no political party wanted to be seen taking a public stand against a move to curb and bring back black money. Rules were framed in record time and their implementation began in July 2015.

Astonishingly, the three-month (July to September 2015) compliance window for the disclosure of black money yielded an embarrassing Rs.4,147 crore. Since then, the Income Tax department has attached assets of 35 individuals, purportedly worth another paltry Rs.6,000 crore. Does it mean then that black money is not as big an issue as it was made out to be?  Looks like it's smaller than the $500 billion figure estimated by the Central Bureau of Investigation in 2012, but the problem is certainly huge.

A December 2015 report by the  US-based Global Financial Integrity pegged illicit financial flows from emerging economies at US$1.1 trillion in 2013 alone. The study shows that illicit financial flows from India had steadily increased between 2004 and 2013 and averaged roughly $51 billion annually. But it is also common knowledge that this money does not stay stashed in tax havens. A big chunk of it 'round-trips' its way back into India as foreign portfolio investment and foreign direct investment.

A leading tax lawyer told me that the interpretation of the black money law by revenue officials is such a serious issue that many Indian businessmen have turned non-resident or acquired foreign citizenship in tax havens such as Macedonia, Bulgaria, Montenegro and Romania.

However, the bigger problem is the absence of concrete steps to stop the continued generation of black money within India. This is directly linked to corruption. Although corruption at the highest levels is understood to have dropped under Prime Minister NarendraModi's leadership, petty corruption remains rampant. Bribes are extorted from ordinary Indians in almost every engagement with the government. Cash transactions to avoid service tax, excise duty or to simply spend black money also remain high. In Mumbai, a leading realty developer shot himself to death because he was tired of being extorted by municipal officers and politicians with unreasonable demands to secure routine permissions. Most of these bribes are paid in cash.

What happens to the cash being generated? How is it laundered? Interestingly, the stock and commodity markets are the biggest laundering machines for black money. The government is fully aware of this. Shaktikanta Das, Secretary, Department of Economic Affairs in the Finance Ministry, wrote a secret letter to the Securities and Exchange Board of India (SEBI) a few months ago, asking for action to curb rampant stock manipulation, for systematic tax evasion and round-tripping of illicit funds. This tough letter from the ministry did push the regulator to initiate a flurry of actions. If SEBI keeps up the pressure and makes it difficult to launder money through stock manipulation then the incentive to generate black money will be substantially reduced. The government, to its credit, has also started taking other steps to force disclosure of cash spending and to crack down on tax avoidance.

From January 2016, cash payments for hotel bills and foreign travel tickets of Rs.50,000 and above will require disclosure of PAN. Some of these will work and some will not. For instance, the threshold for quoting PAN for the purchase of jewellery has been reduced from Rs.5 lakh to Rs.2 lakh. The Managing Director of Titan Company Ltd told The Economic Times that the company would take aRs.500-crore hit in sales due to this rule. Although most other jewellers will simply break up the bills to keep them below the PAN reporting threshold, it allows the government to come up with an estimate of unaccounted money invested in gold and jewellery and use tools like presumptive taxes as a deterrent.

The government is also working on making tax officers more accountable. Last month, Revenue Secretary HasmukhAdhia tweeted about instructions to income tax officers to be specific in their queries during tax scrutiny. The new report card for income tax officers is aimed at reducing harassment of taxpayers with exaggerated tax demands, he tweeted. These developments indicate a growing realization of the need to control the generation of black money. This means the fight against black money can take one of two directions-we may slowly limp towards regulation that will curb corruption as well as the generation of black money; or the draconian law will once again become a political tool that is selectively used to persecute, while the generation of black money and illicit fund flows remain unabated, as they have been for over 60 years.

Do you think the root cause of black money's hold over a society lies in the attitude of its people? How can we curb this menace? Write to the editorial address or email: editor.india@rd.com

SUCHETA DALAL is the Managing Editor of Moneylifeand founder of its associate, the non-profit Moneylife Foundation. A business journalist for over three decades, she has been engaged in spreading financial literacy and consumer awareness. She was awarded the Padma Shri in 2006.