In Conversation With Shyam Benegal

Shyam Benegal on the debates in our campuses and beyond, and the issues highlighted by his films 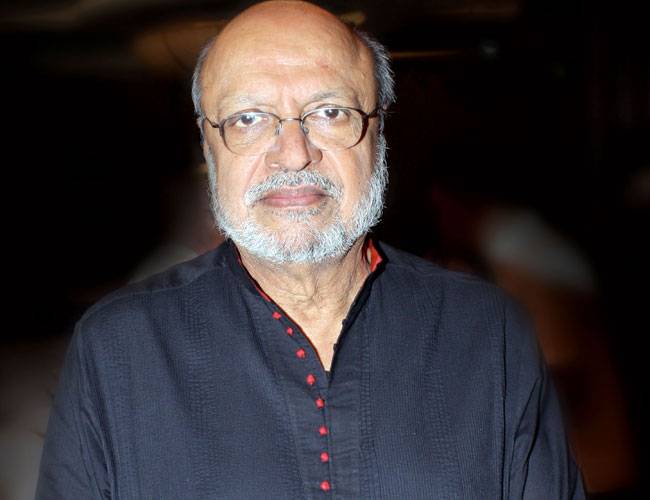 I struggle to conceal the surprise in my voice when Shyam Benegal returns my call. In a film industry where being endlessly elusive is par for the course, this veteran filmmaker stands out as much for his path-breaking cinema as for his refined, self-effacing manner.

The 81-year-old filmmaker's oeuvre is as diverse as it is impressive: with more than 26 feature films, 65 documentaries, and about 35 feature length/documentary films and television serials, Benegal looms over Indian cinema after more than 50 years as a director. He is amongst the most respected public intellectuals of our times.

He emerged as a major voice in the new Indian cinema of the '70s with Ankur. Since then, his massive body of work has explored important social issues-such as caste, gender, livelihoods, freedom, communalism and the idea of India—and earned him several National Film Awards under various categories, the Padma Shri, the Padma Bhushan as well as the Dadasaheb Phalke Award for lifetime achievement. He has served as chairman of the Film and Television Institute of India (FTII) twice and was recently appointed by the government to head a committee to address the problems of film certification and censorship. Benegal has contributed richly in unshackling cinema-and indeed our public sphere—from censorship and making it a free space for creativity and expression.

As universities around the country boil over with protests around student rights and the nation debates questions of identity and freedom of expression, as thinkers and activists express concern over the government's methods and approach towards education, Reader's Digest spoke to the erudite filmmaker to understand how he sizes up the current situation-from FTII to JNU and beyond.

I meet Benegal at his South Mumbai office, lined with books and film posters, where he unscrambles the noise around-drawing from his exhaustive reading, research and understanding of India.

As someone who's worked with the students of the FTII, what is your take on the current state in Pune?

They've already found a way out. The students have gone back to class. The chairman has taken charge and will meet them. My views on this have been very clear. The chairman shouldn't expect the students to come and meet him; he should go and meet the students. After all, one mustn't forget that the FTII students aren't children-they're fully formed and developed individuals who come with educational degrees from universities. They will not go on strike simply for the sake of it. The reasons need to be examined. And how would one know the reasons, if one does not do it with empathy? The management cannot look at its own students as opponents.

We have seen student protests in other campuses, post the FTII agitation. How do you see them, and the role of a university in society?

It is a space for learning, questioning, debating-going through the entire spectrum of human experience. Protests are part of that. So is discussion and argument. Once you come out of the university, you are in the everyday world. The Constitution sets out the social parameters of our life. The university has to be a space that allows one to look beyond those parameters. It's a space for intellectual ferment and untrammelled imagination, not one to be invaded as it was, both in the case of the Hyderabad University and JNU, by the police or anybody else.

I don't think the government was right in either case because there was no reason to make it seem as though students were enemies of the state. The government can look at the world in a particular way, but within the university you should be able to explore, argue, take positions. Unfortunately, this was not allowed to happen—whether it relates to caste prejudice, which caused Rohith Vemula to commit suicide, or lawyers beating up students and accusing them of anti-national activity.

There is an ongoing debate on intolerance. How do you look at it?

Intolerance raises its head in India's public discourse from time to time, largely because it constitutes the fault-line between communities. This is frequently exploited by politicians to consolidate community votes for their own benefit. This doesn't mean Indians are by nature intolerant. If we were, we wouldn't have been able to live at peace with ourselves or our neighbours-who are far more diverse than in any other country in the world.

Tolerance and intolerance are wrong words to use. The problem is one of inclusion. Indians, by and large, have this dexterous ability to exclude and include at the same time. How we exclude people outside of our caste or religion, but as a country we embrace all our diversities!

Many of your films were made during the time of active student politics. Are student movements making a comeback?

I wouldn't be able to say anything about that, but there are times when certain events create a fear in the minds of a lot of young people that authoritarian forces are rearing their head again. This is a real fear because we've had a phase of authoritarianism a few decades ago.

Coming back to films, what is your idea of censorship?

I am heading a committee formed by the government to look into the problems of censorship. It is far too premature for me to comment at present as it is work in progress. We are asking fundamental questions. We have got a fair amount of feedback from the public, from NGOs concerned with women and children, and from the entire film industry of the country. We are collating all of it now to identify the problems that need to be tackled.

Over the years, you have engaged with Indian cinema in various capacities.

Filmmaking has many dimensions. Apart from the creative aspect—conceptualizing, writing, direction, production, editing-one is concerned with the world of cinema itself and its place in society, our country and the world at large. You cannot escape this engagement at a larger level.

Unlike writing a book, filmmaking is not a solitary process. It starts off by being a social activity because you are already working with other people.

How did you start making films?

My father was a still photographer. He had a photo studio and would make short, silent 16-mm films on his children-we were 10 of us. These films served as after-dinner entertainment for guests, and our comments made for the soundtrack. So cinema is what we grew up with and since it concerned us directly, we were hooked.

You made your first film at age 12. The camera was always there and summer holidays provided ample opportunity for filming. All our cousins would come down, and classical singing and dancing filled the air. One time, Guru Dutt, a cousin (he was a dancer with renowned choreographer Uday Shankar's troupe before he went on to become a filmmaker and actor in Bombay) came to our home for the summer vacation and frequently performed on the terrace in the evenings.

From our home in Trimulgherry (in the Secunderabad cantonment) the army's Garrison cinema was a stone's throw away. My brother and I had befriended the projectionist. The cinema had two or three changes of programme a week. This allowed us to watch both foreign and Indian films every week. This exposure to the rest of the world helped a great deal in creating my world view.

Was your career in the advertising industry a stepping stone?

I did my MA in economics, but teaching did not seem like a particularly good option. So I moved to Bombay looking for work. I gave up the thought of assisting Guru Dutt because I had my own ideas for the kind of films I wanted to make. I got a job as a copywriter, but within months, my agency discovered my interest in cinema and I was put in the film department. I started making ad films in a big way for the next 12 years until I became a full-time filmmaker.

I was making documentaries for the Films Division [of India] on the side, and attempting to find an investor for feature films. Then one day, one of our distributors, Mohan Bijlani, asked me why I wasn't making feature films. I said I would if he would produce them and that's how Ankur was made. I never looked back since.

You have explored interesting models of financing your films.

The stories I wished to develop had relevance for the communities about whom the films were made.This motivated them to contribute to their making a crowd-funding model that I followed for some of those films. For Antarnaad [based on a socio-religious movement in Maharashtra], people donated small sums of money over a large geographical area. Susman [about the struggle of rural handloom weavers against mechanization] was partly financed by weavers' cooperatives. Manthan, too, was financed by [5,00,000 members of] the Gujarat Cooperative Milk Marketing Federation Ltd.

You've made films on various social issues. To what extent have they been addressed?

Not altogether. India is a very large and complex country—a subcontinent, in fact. Its diversity is enormous and we live in many different centuries at the same time. The diversities are not just horizontal, but vertical. It is not easy to address them adequately.

Cinematically, has poverty been swept under the carpet?

Present-day cinema probably reflects the fact that poverty has at least been tackled economically in India. Visitations of famine year after year, in one or another part of the country was common, but not any more. Over the last several decades, the number of people living below the poverty line has come down, yet not completely eliminated.

Gandhi and Nehru have been an important part of your work. Are they being rendered irrelevant?

Everybody has a place in history and when you talk of history, there is no such thing as irrelevance. They both came at a particular time in the country's history and played their part extremely well. They set us on a path, which has defined our course as an independent nation. Gandhiji gave us the weapon of satyagraha and his life was his message. He chose non-violence to free us from the British and our colonized minds. Nehru could see the complexities of India as a nation. His books reflect this so well. Perhaps, some of his ideas have less relevance today. After all, we are all creatures of our own time.

What are the subjects that are currently drawing your attention?

A mini-series on all the wars India has fought in the 20th century. It looks at World Wars I and II, and after 1947, the conjoined twins [India and Pakistan] fighting each other. We are a very fascinating people. It's just not possible to be bored if you are in the subcontinent.

What keeps you going?

Life is a one-way street; one has to keep going. First, you define the work for yourself and remain committed to it. Once there is total commitment, the work in turn begins to define you.