It Happens Only In India 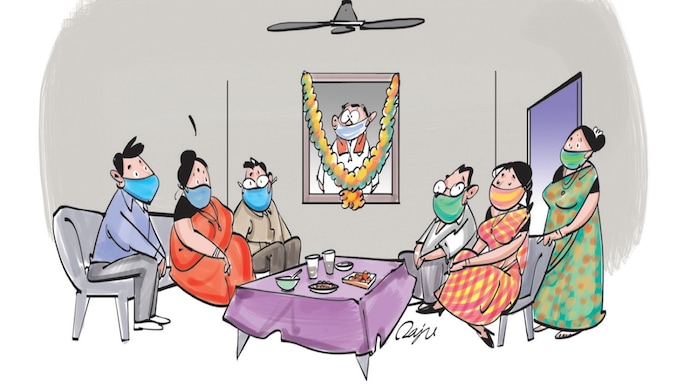 As if a sea of maskless crowds jostling for divine providence at the Haridwar Kumbh,tempting the fury of both fate and COVID-19 wasn’t triggering enough, our elected representatives continue to spout dubious assertions, tragically illustrative of India’s COVID-19 management policy. Instead of aiming for damage control or scientific temper,UP BJP leader Sunil Bharala appeared on TV to proudly proclaim that (a) he was COVID positive; (b) he attended the Kumbh and (c) super spreader events must be held as “faith is above COVID protocols”.Faith is a powerful thing, providing both strength and solace to believers but as our young and old gasp for breath, maybe it’s for the best if the honourable MLA saves his.Source: NDTV

Along with complicity in promoting pseudoscience, lax attitudes displayed by leaders in charge and no accountability for the deluge of bodies, we found another low toadd to this macabre list.As hospitals in Indore were battling oxygen shortage, a tanker filled with 30 tonnes of medical oxygen supplied by Industries to the city’s hospitals were held up by PWD Minister Tulsi Silavat, MP Shankar Lalwani, MLA Akash Vijayvargiya and the BJP’s city president Gaurab Ranadive for almost two hours for photos. The tanker was stopped at Chandan Nagar Chowk, decorated, a puja duly performed, and then was it sent on its way, only to be stopped again at MR-10 for another photo opportunity.With criticism pouring in, Ranadive has contended that the tanker wasn’t stopped “even for five minutes”, although there is video evidence circulating on social media.We just want to know if along with abdication of duty, is dissolution of empathy the new normal?Source: timesofindia.com, republicworld.com

As our political leadership sits atop a virus apocalypse, and black market profiteering in medical supplies abounds, India’s moral bankruptcy is showing. But,looks like all isn’t lost on the compassion front. Petty thieves are now setting the moral bar—in Haryana’s Jind district, over 1,270 doses of Covishield and 440 doses of Covaxin vaccine were stolen from a government hospital only to be returned within hours with a handwritten note stating, “Sorry, did not know that this is corona medicine”. Things are truly dire if those whose job description is to break the law for personal profit feel the need to rally and do the right thing.Source: The Hindu

If doomscrolling and daily news updates about the Indian healthcare system atrophying weren’t enough to swing you into adopting COVID-19 appropriate behaviour, we might just have the last straw. Self styled god-man Nithyananda, supreme leader of ‘country’ Kailasa has issued a ‘Presidential mandate’ imposing a ban on travellers from India, along with those from Brazil, the European Union and Malaysia from entering the island due to the coronavirus surge. Affairs are indeed bleak on the pandemic-side of things if a largely uninhabited country created by “dispossessed Hindus from around the world who lost the right to practice Hinduism authentically in their own countries”isn’t allowing citizens of a Hindu-majority country inside its borders.Source: indiatoday.in