From Darkness To Light

In 2020, a year defined by loss, Lijo Jose Pellissery reinvented himself spiritually and as a filmmaker. India might have its Oscar hopes pinned on his film, Jallikattu, but its maker prefers to look beyond 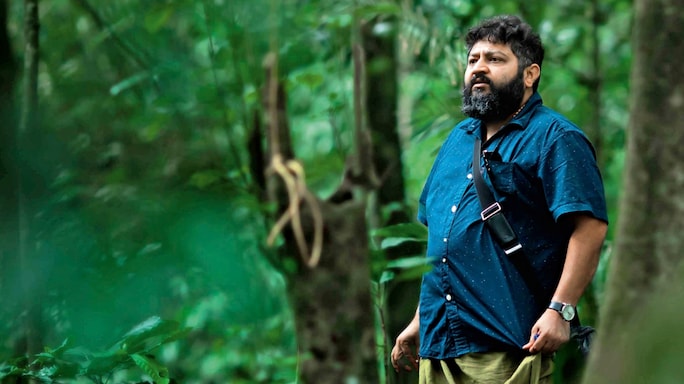 Malayalam filmmaker Lijo Jose Pellissery is one of Indian cinema’s most ingenious and prolific voices. After delivering two acclaimed dramas— Angamaly Diaries (2017) and Ee.Ma.Yau (2018)—his last film, Jallikattu (2019), was recently chosen as India’s official entry in the best international film category at the Oscars. A media-shy Pellissery took some time out to talk with RD about how a challenging 2020 has shaped him, and why he wants his films to leave audiences with multiple points of view

You average one film a year. What does it take to be so prolific?

Thank God I am able to do one every year. I get restless when I don’t work or create. There is nothing planned. After I have finished a film, I move on to what I next find exciting and compelling. The world is never short of stories. There is a story in every town, village, family and person. There are also some beautiful people who toil behind all my movies to make them happen year after year.

You are one of the few directors whose work thrives on the words of others. How do you collaborate with writers?

Simply told, film-making is re-imagining a story for the screen, and I am always happy to do that. I believe that ideas, viewpoints and the structure of a film should evolve till the last moment, and that this must happen with the people who work behind it. Ee.Ma.Yau was written by P. F. Mathews, Jallikattu by author S. Hareesh and my upcoming Churuli is adapted from a story by author Vinoy Thomas. They all have something that binds them. We are talking about life, death and afterlife. Churuli is the completion of the trilogy. It was never my aim to create one, but the ideas, characters and philosophy all shaped it that way. The pandemic wreaked havoc in all aspects of life, including the entertainment industry. What was your coping mechanism for the year? 2020 was the biggest year of my life— a lot of learning and unlearning happened. There was contemplation about what you had been and what you can be. I was reinventing myself as a person, spiritually, and as a filmmaker. I was away from God and now I am closer to Him. This changed the way I perceive things, everything I believed in, and existed for. I moved from darkness to light. This is going to reflect in everything I do from now, in a beautiful way, I assure you.

The Korean film Okja put animal rights in the spotlight by highlighting the conditions in labs and slaughterhouses. Jallikattu evokes similar empathy for animals who bear the brunt of human violence. Is that the effect you were aiming for?

I don’t want to say what the audience should learn or read from the cinema I make. You watch and decide what you want to take from it, and what is right or wrong about it. I’d love to leave it like that. Each time I go back to a film, I read and observe something different from the time before. I realized that is the mark of good cinema. Why else would I revisit a film? A still from Pellissery’s 2019 film Jallikattu

Once you get multiple points of view to take away, a film stays in the minds of people. I, for instance, now relate Jallikattu more to the Apocalypse and Revelations in the Bible. It is my reading, but I don’t want you to read it the same way. I see cinema more as visuals. Instead of words, I’d rather express myself with visuals.

Places form an integral part of your narrative. They make a vivid impression, be it the beach-side village in Ee.Ma.Yau or the dense jungles in Jallikattu …

I consider the location a character. I go deep into the look of the place, the corners where people sit and chat, the activities they do, the food and music they enjoy, the dialect or innuendos they use. Once you blend those elements into the film, it brings alive the story and gives the right flavour to the film. You imagine the place in your head and you slowly realize that you have become a part of that place and know everything about it. From the moment we decide on the film, we make numerous journeys to hunt for locations and fix each sequence. By the end, the place becomes a living being which emotes and expresses like every other character, and, finally, becomes an integral part of the narrative.

Thanks to streaming platforms, your films and others’, such as Kappela and Kumbalangi Nights, now reach beyond a Malayalam-speaking audience, and garner much admiration for the ingenuity of cinema from Kerala. Do you feel that is a combination of both local producers and viewers being more open to new ideas?

I am really happy that people are appreciating Malayalam cinema. We have some passionate filmmakers. The films releasing today entertain and elevate the kind of ideas and aesthetics that people have. Malayalam cinema has broken the box it had created and is more universal in its narrative now. But every part of the world is now coming out with great work—work that is being discovered. The accessibility to movies has become better in recent years. It wasn’t like that two decades ago. Before, it was only in film festivals that people saw world cinema. OTT platforms have made the discovery process easier.

Tell us about Churuli, your next work.

Like the title which translates to ‘labyrinth’ or ‘spiral’, Churuli took me down the labyrinth of 2020. We shot the film last year. If I had completed Churuli a year ago, I’m sure it would have been a different film altogether. I was a different person and filmmaker in 2019.

Do You Like This Story?
1
2
Other Stories
Please enter valid text
corona updates
Must Reads
Latest Issue