Your Body: A Maintenance Plan

From head to toe and inside out, here’s how to age well Remember when we were young and thought we’d live forever? We are, in fact,living longer, but time still takes its toll on our bodies, from extra kilos to wrinkles and aches. Our hearts may not pump as well as they once did, and there are leaks, fading vision, so-called ‘senior moments’ and maybe even a cancer diagnosis.

Like a machine, everything in our bodies is interconnected—and the bits and pieces eventually malfunction. Dr Berndt Kleine-Gunk, a gynaecologist and head of the German Society for Anti-Aging Medicine, suggests we think of the human body as a basket of apples in which one rotten specimen can infect the others. In medical terms, these 'rotten apples’ are called senescent, or zombie, cells, because they continue to age but stop dividing and refuse to die.As they accumulate, they contribute to everything from age spots to cancer.

In other words, rather than cells that divide and spark health, “we’ve got zombie cells eliminating it,” says Kleine-Gunk. “That’s why scientists are looking at what happens when zombie cells can be removed from the body before they cause damage.”

With 727 million people over the age of 65 in the world—a number expected to jump to 1.5 billion by 2050—scientists are making significant strides in the field of gerontology, with better diagnostics and more advanced treatments. Kleine-Gunk points to the number of startup companies working on drugs that either suppress the damaging molecules that zombie cells secrete or kill them outright.

He also mentions clinical trials in the United States collectively known as TAME, which stands for Targeting Ageing with Metformin, a drug used to treat Type 2 diabetes. The trials came about when researchers found that patients taking metformin outlived non-diabetics, and that, in separate studies, it had a preventative effect on dementia, heart disease and cancer. Does all this point to a fountain of youth? “Not so much as a potential fountain of health,” says Kleine-Gunk.“Possibly within five years.”

So, because knowledge is power,what can we expect as we get older, and how do we make the best of it?

When we are young, our brain is resourceful and resilient. Even after a stroke, it can find new pathways to take over damaged areas. Think of it as a factory that’s producing, storing,discarding and recycling data, including what Kleine-Gunk calls ‘microbiological garbage’.

“But as we age, that data starts to accumulate and work less effectively,” he says. “It’s a bit like those messy apartments on television shows about hoarders. You try to step over or around the accumulation, but it can be too much.”One of the effects is dementia, for which there is no cure.

Still, in the last few years, scientists have found that the more engaged and curious we are, the better we can fend off dementia’s effects for longer periods. “You may be able to do one complicated thing and do it well, but the key is to challenge yourself to do different activities—to navigate a strange city or to force your feet to move in unfamiliar ways,” says Dr Gérard Nisal Bischof, a cognitive neuroscientist at the Institute for Neuroscience in Cologne, Germany. There is also good news for women experiencing lower mental sharpness as they hit menopause. Dr. Caoimhe Hartley, who runs Menopause Health in Dalkey, Ireland, notes that the ‘brain fog’ is likely temporary. “Your brain is just adapting to a different hormonal environment,” she says.

THE ENGINES: OUR HEART AND LUNGS

Quick: Which of these are heart attack symptoms? A) Nausea B) Shortness of breath C) Sore jaw D) Chest pain E) All the above.

If you answered ‘E’, you’re correct.Women are more likely to experience the sore jaw and nausea, but any of these could be a sign that blood flow to your heart is blocked. While heart attacks can occur at any age, the risk for men increases starting at 45, and for women, at 55. Usually, it’s because of arteries clogged by cholesterol and plaque, and slackening cardiac muscle that pumps less effectively.

That weakening muscle is also why the chance of suffering a stroke doubles every decade after age 55. There are two kinds of stroke: is chemic (the most common), which occurs when a major blood vessel in the brain is blocked; and hemorrhagic, when a blood vessel bursts in the brain. Along with age, risk factors include smoking, being sedentary and obesity. As with many health conditions, lifestyle changes can lower your risk.

“Old age is when bad habits and genetics come home to roost,” says Dr Vernon Williams, director of the Center for Sports Neurology and Pain Medicine at Cedars-Sinai Kerlan-Jobe Institute in Los Angeles.

Life expectancy is rising, so turning 100 won’t be so unusual in coming decades. “This means that while age-ing, people will want to stay healthy,”says Williams.Experts agree that genetics aside,the biggest threat to our heart and lungs is smoking. Inhaling a toxic chemical stew hotter than molten lava can lead to incurable chronic obsessive pulmonary disease (COPD), heart disease and lung cancer. Plus, it increases blood pressure, a major cause of heart attack or stroke.

Williams stresses that it’s never too late to quit smoking because lungs can repair themselves to an extent. “And exercise,” he adds. “When you participate in sports, you exercise the lungs and breathe more intensely, and the heart has to beat quicker to make sure the blood supply is there.” It’s a work-out that pays double dividends. 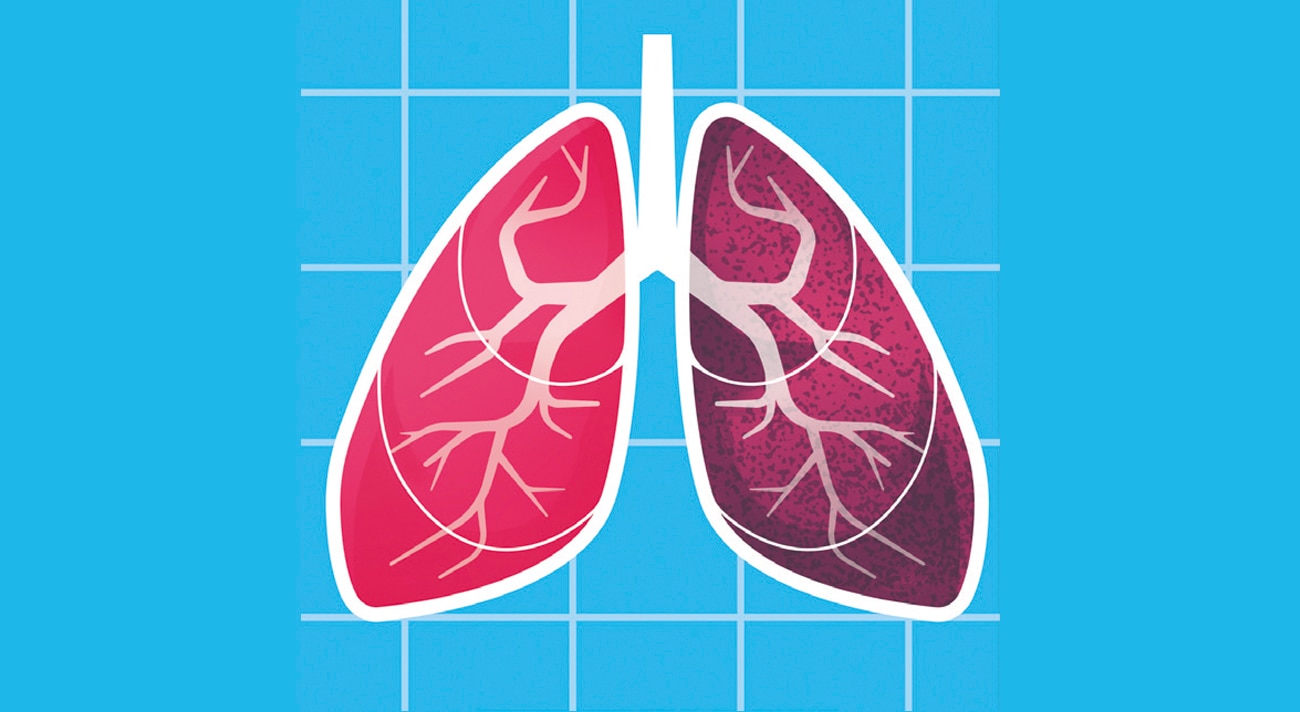 THE PLUMBING: OUR GENITOURINARY SYSTEM

For men and women, a common side effect of ageing is incontinence: a bit of leakage when you laugh, or a sudden urge to go. This is because our kidney tissue decreases as we age,affecting function. Simple exercises such as contracting the pelvic floor muscles can help. Drugs are also used to calm overactive bladders, as are topical oestrogen creams, which may help rejuvenate atrophied tissue.

For a woman, menopause can come with hot flashes, night sweats,irritability, insomnia, vaginal dryness and a low sex drive. The good news?Claims about the negative impact of hormone replacement therapy(HRT)—which came under fire in2002 when the first results of a major US study suggested that it contributed to breast cancer, blood clots and strokes—have been mostly debunked.Further research and reviews of that study show that when prescribed to women in perimenopause or early post-menopause, HRT generally has a beneficial effect on the cardiovascular system and mortality. 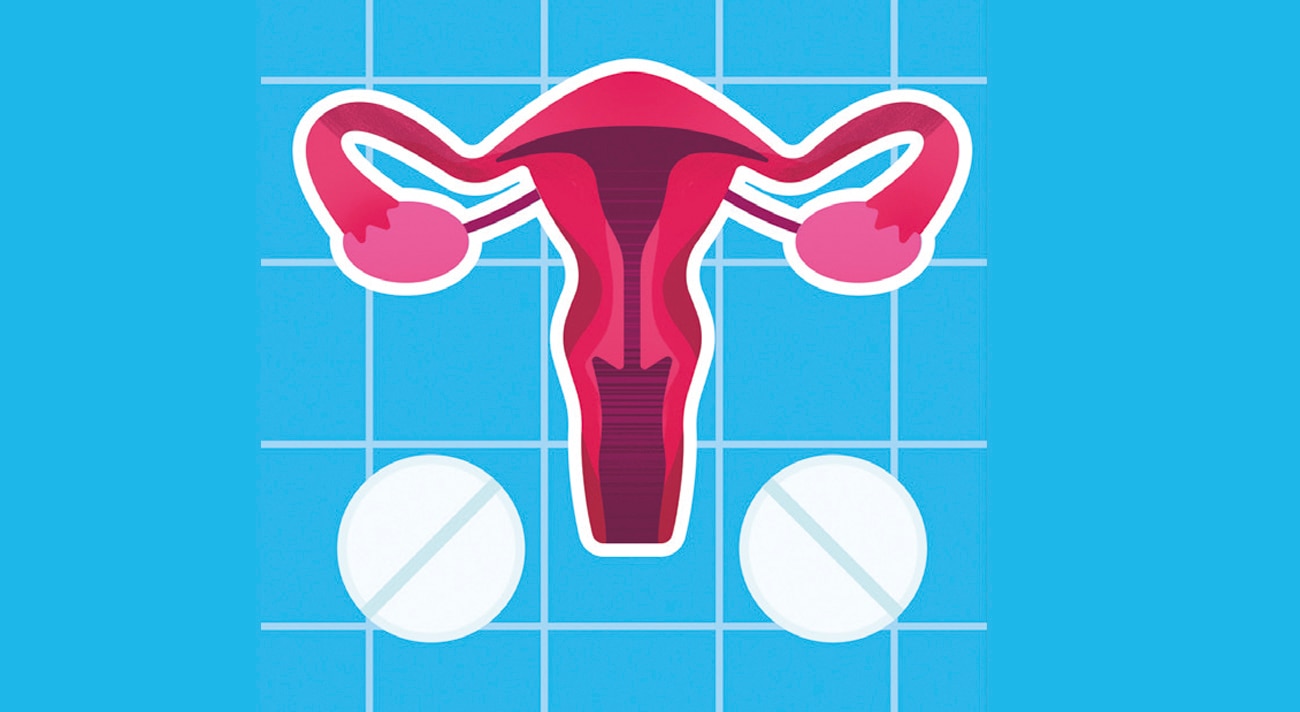 The ingredients and delivery meth-ods have improved, too. “The formulas are bio-identical to what we produce in our bodies and are now applied through the skin as a gel or a spray,which makes absorption safer and more effective,” says Hartley.

For men, age can often bring prostate problems. The gland starts to slowly grow around the age of 25, which is normal. But by the age of 50,if it becomes too enlarged, it will press on the urethra, making urination difficult. Experts suspect hormonal changes are responsible, but don’t know for certain. What is known is at the first sign of a change, you should see your doctor, who can check for cancer and determine next steps.

THE FRAMEWORK: OUR MUSCULOSKELETAL SYSTEM

Bones, muscles,ligaments, tendons and cartilage hold our bodies together. As we age, they begin to break down from use. For example,cartilage, which cushions our joints,begins to tear, causing osteoarthritis. The condition, with which bone can end up rubbing against bone, is irreversible but can be managed through increased physical activity,weight loss or pain medication, for example.

Hartley warns that 50 per cent of women over the age of 50, many of whom remain undiagnosed, will face osteoporosis, a disease that thins and weakens the bones, making them brittle. “It’ll increase the risk of fracture,can make you shorter and you can lose mobility,” she says.

But osteoporosis isn’t just a post-menopausal women’s disease, says Williams. It affects millions of men,too, even if they have larger skeletal frames and don’t go through extreme hormonal changes. The US Centers for Disease Control and Protection reports that five per cent of men aged 50 and over have the disease.

“Consider this, too: 33 per cent of men over 50 have low bone density, or osteopenia, which is often a precursor to osteoporosis,” he says. “There are several risk factors, including family history, certain medications and lifestyle habits.

”As with most things, prevention is key. Eat healthfully. Do weight-bearing workouts to build up muscle mass, which helps protect your bones and get a bone scan. If a problem is detected, your doctor may prescribed drugs to slow, or even stop, bone loss. There are fewer changes here, except that everything moves more slowly,and the stomach, which is less elastic,can’t hold as much food. Chances are significant that you’ll develop some degree of lactose intolerance because the digestive tract tends to produce less lactase, an enzyme needed to digest dairy foods.

Stomach ulcers are common over age 60. They develop when digestive juices damage the stomach lining; irritants include alcohol, coffee and smoking. Also common are burping and acid reflux, because your oesophagus has become less responsive. Call your doctor if the problem persists;it could be a symptom of something serious, such as oesophageal cancer.

And then there is celiac disease,a condition in which gluten triggers an immune response, impeding absorption of nutrients in the small intestine. Celiac was once thought to be a children’s disease but is increasingly diagnosed in older adults because it can go undetected for years. “I spend half my day convincing people to get tested for celiac,” says Hartley. “They could be losing weight, for example, or tired.”There is no cure, but the condition can be controlled by eliminating gluten from your diet.

THE WRAPPER: OUR SKIN

Even shriveled, our skin is our body’s largest organ: On average, it weighs between 3.5 and 10 kilograms and spreads over 1.5 to two square metres. As we age, it becomes thinner and less elastic because we lose collagen and elastin, proteins that make it soft and smooth. It damages more easily and heals more slowly due to slower blood circulation and,for women, decreased hormone production.

Most of us will have brown age spots. Caused by sun damage, the spots may lead to skin cancers; watch for new moles, or changes in old ones,as well as patches that crust, ooze or bleed. A biopsy may be necessary to determine if removal through cryotherapy or excision is required.

According to Kleine-Gunk,the skin is just like the brain. “The accumulation of microbiological garbage—from pollution, sunlight and other factors—affects our ability to heal and fight disease.”Here’s the bottom line: The more we explore, exercise and rest, the better off we’ll be. And there’s a bonus: The occasional glass of quality red wine can't hurt either, says Williams, as it contains resveratrol, a chemical thought to aid longevity and health. For most people, he adds, “I’m all for it.”