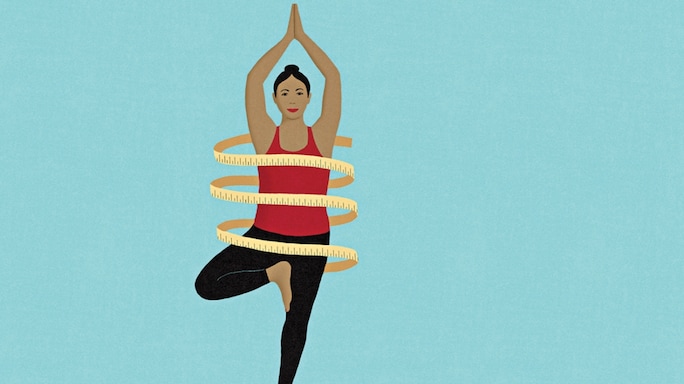 Yoga has a well-deserved reputation for helping to improve balance and flexibility and for inducing calm and relaxation. But when it comes to weight loss, many people assume that other types of exercise, like cardio or strength training, will be more helpful. While you might not burn as many calories by practising yoga as you would by running or doing some other high-intensity aerobic activity, yoga can still raise your heart rate and help build muscle— and, at rest, muscle burns about twice as many calories as fat does.

“Studies show that aerobic forms of exercise, which is any exercise that uses your large muscle groups and raises your heart rate, are beneficial for weight loss,” says Sally Sherwin, a yoga teacher with the Cleveland Clinic Wellness Yoga. “Power or vinyasa yoga, a type of high-intensity yoga, fits this category.”

Just how many calories you burn varies depending on how long and intense your workout is, as well as other factors, such as your weight, age and gender. But according to Erin Casperson, lead faculty with the Kripalu Center for Yoga & Health, practising yoga can also help you burn more calories long after you hit the mat, even if you don’t do more intense forms of yoga. That’s because yoga’s other benefits can help with weight loss too. Here’s more about how yoga is a complete body and mind workout.

Yoga helps manage stress, and studies show that high levels of cortisol, a stress hormone, can lead to an increase in abdominal fat. Cortisol surges can also increase your cravings for high-fat and high-sugar foods and drinks while simultaneously reducing your muscle mass.

“Yoga has an impact on the body’s stress response and reduces the production of hormones linked to weight gain, such as cortisol,”Casperson says. Several studies have confirmed that doing yoga does reduce cortisol levels. In one study, researchers found that practising yoga seemed to impact the hypothalamus, reducing cortisol production. And a 2020 study found that doing meditative yoga reduced participants’ salivary cortisol levels. 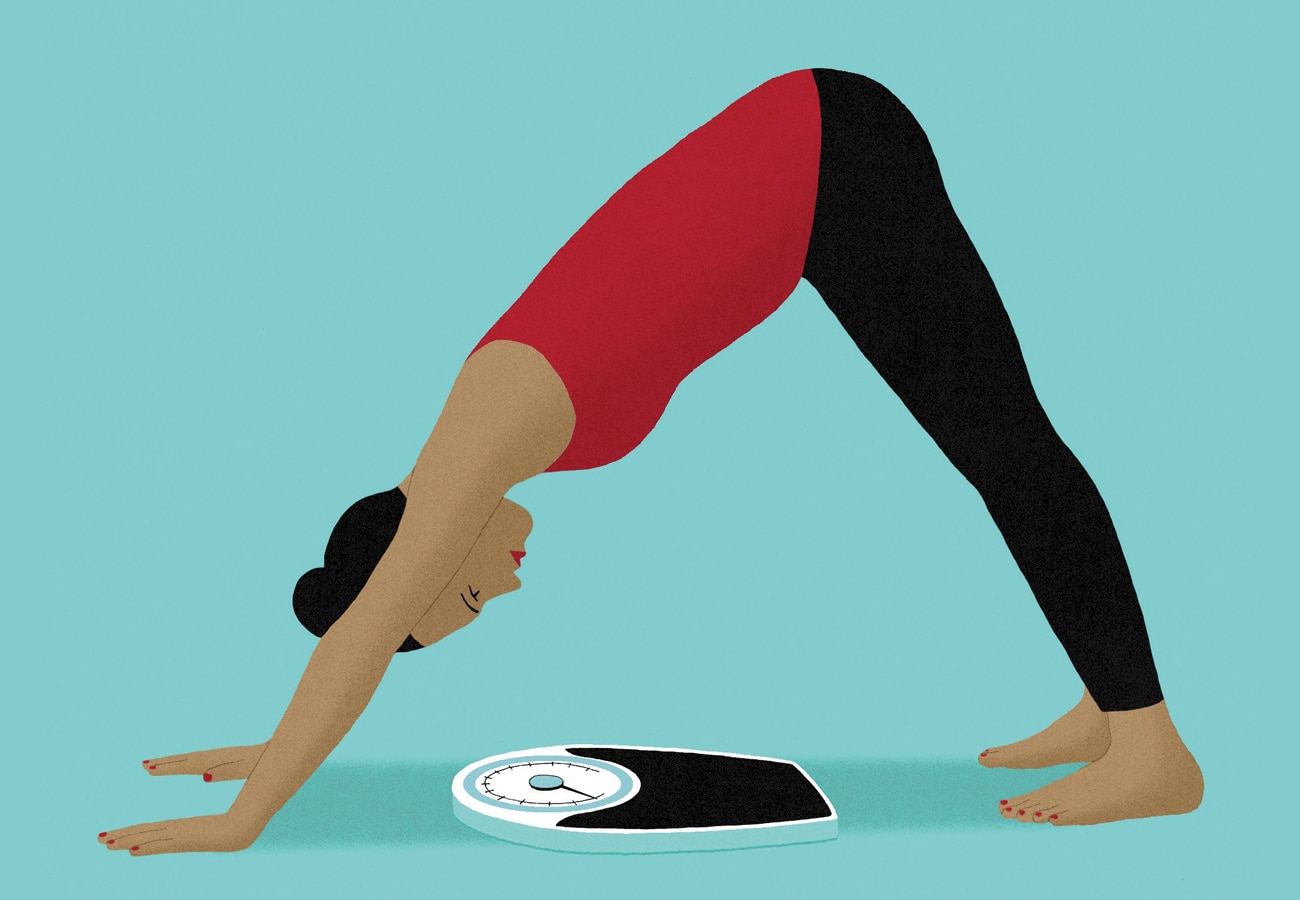 “Many people think of yoga as a fit- ness workout, but traditional yoga has a much greater scope,” Sherwin explains. She says that one of the key tools she uses with patients is the concept of mindfulness—or ‘tuning in’ to the body physically, mentally and emotionally, and observing what’s happening in the moment with open- ness and acceptance. She says this is a powerful practice that helps break old habits and unconscious patterns of behaviour.

“If you head for the cookie jar when you’re stressed, a few deep, slow breaths can help you to stop, identify the emotional need behind the craving, and allow you to choose to care for yourself and your needs in a healthier way,” she says. “Someone practising mindfulness feels more in control of their life and well-being.”

In a 2016 study, participants involved in yoga practice also realised that they tended to notice not only the amount of food they ate, but also what type of foods they ate and the impact of eating those foods. “Subjects reported becoming aware of the effect of certain foods on their bodies during their yoga practice, including sugar, dairy, meat and alcohol,” wrote the authors of the study.

Recent research shows that doing yoga long term not only can help people lose weight but also can strengthen cognitive skills to help keep it off. Jessica Unick, an associate professor at Brown University and The Miriam Hospital’s Weight Control and Diabetes Research Center, led a multiyear study beginning in 2019 that was the first of its kind to examine the feasibility of yoga for weight loss maintenance.

In the study, 60 overweight or obese women were enrolled in a 12- week behavioural weight loss pro- gram in which they were prescribed calorie intake and exercise goals and taught behavioural strategies for losing weight. After the 12 weeks, individuals received either 12 weeks of yoga classes or 12 weeks of cooking/dietary education classes.

“Our findings, although preliminary, suggest that yoga may help to improve long-term weight loss outcomes via improvements in dis- tress tolerance, mindfulness and self-compassion and a more positive mood,” Unick says. “For example, if someone experiences improvements in mindfulness, they may be less likely to ‘mindlessly’ eat in response to emotions such as boredom, stress, anger and other external stimuli like the presence of tasty foods, rather than eating only when hungry.”

She adds that someone experiencing a more positive mood who is also more self-compassionate may be less likely to overeat in response to negative emotions, or may be able to get back on track more easily after an overeating episode, versus feeling guilty about overeating and continuing to engage in unhealthy practices.

A 2021 study found no difference in weight loss totals for participants practicing a gentle, restorative hatha yoga versus a more vigorous vinyasa type of yoga. While some styles of yoga may be more intense than others, most of the studies support the idea that there’s no one style of yoga that’s best for weight loss.

“Ultimately, the best yoga is the practice that fits for you—the one you’ll commit to,” says Sherwin. “There are now many accessible styles of yoga that meet you where you are no matter what your size, age, physical challenge or background. Everybody and every body can benefit from a yoga practice.”

When my sixth-grade daughter started suffering from severe migraines— and became depressed because of it—I started sinking into depression too. We tried a therapy called biofeedback, and our health-care provider near our home in Boulder, Colorado, suggested that we also try “healing her gut” with a probiotic designed specifically to boost mood and brain health by repopulating the microbiome with beneficial bacteria. I bought some for both of us. Within one week of taking the probiotic, I felt the dark cloud over me begin to lift, and after a month my depression was gone. My daughter’s headache broke and her mood improved too. Now I take the probiotic three days a week for maintenance.