A global research organization had put India, among other countries, on notice for weak health systems 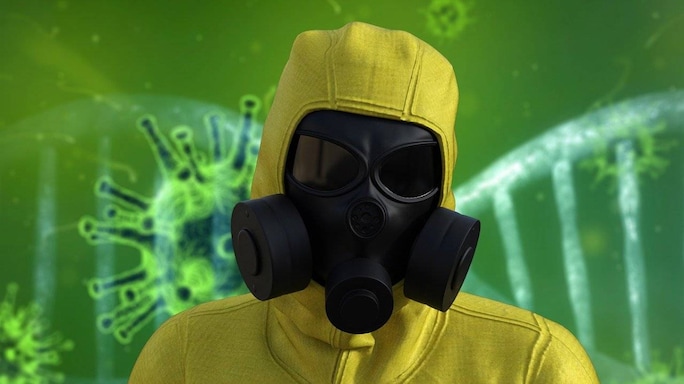 So, how well prepared was India to tackle a pandemic like the coronavirus? Not well at all, said a global survey conducted last year. According to the Global Health Security, a global public health watchdog, that conducted the study, India finished in the 57th position overall, 67th in early detection and reporting of epidemics and 32nd when it came to 'rapid response and mitigation of the spread of the epidemic.' The study was done in 195 countries.

The group has some of the world's most well-regarded research and health experts. The conclusion of GHS after the study of all the countries was as follows. "National health security is fundamentally weak around the world. No country is fully prepared for epidemics or pandemics, and every country has important gaps to address." The 2019 study found that the average overall GHS Index score among all the 195 countries came to an abysmal 40.2 of a possible score of 100. About 60 high-income countries averaged 51.9.

The countries that finished in the top 20 in most parameters include the United States, United Kingdom, Netherlands, Sweden and other western countries and South Korea, Singapore and Thailand from Asia. Barring South Korea and Singapore, not many can claim to have responded to the pandemic in a robust manner. Overall, the GHS Index finds severe weaknesses in countries’ abilities to prevent, detect, and respond to health emergencies; severe gaps in health systems; vulnerabilities to political, socio-economic, and environmental risks that can confound outbreak preparedness and response; and a lack of adherence to international norms.

The spread of the coronavirus pandemic and its devastating impact on world health and society has vindicated the GHS findings. According to the GHS, the index would help the countries' health systems to take a hard look at their capabilities and prepare better for disease outbreaks, which run the risk of becoming epidemics or pandemics. While ranking the countries, the GHS index looked at mainly six parameters. These were: prevention, detection and reporting, rapid response, health systems, compliance with international norms and risk environment.

The report does not merely end by highlighting the pain points, it has a few important suggestions too. Some of the major ones for the governments that need to ramp up their healthcare systems include:

a) Governments and international organizations should develop capabilities to address fast-moving pandemic threats.

b) Leaders should take steps to build and maintain robust healthcare and public health workforces that play a major role in biological crises.

c) Public and private organizations should invest a percentage of their sustainable development and health security portfolios in the area of biosecurity.

India should take a hard look at this report and prepare and invest in healthcare to protect the country’s future.