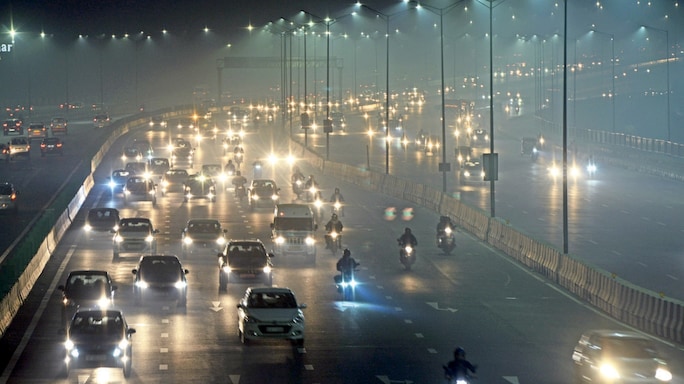 Moreover, light, warm air that circulates easily in other seasons remains low or absent in winter. Cold air is heavy, causing pollutants to remain suspended and trapped for a long time. Indoor pollutants, such as mosquito coils, agarbattis, dhoop sticks or diyas add to the burden. One mosquito coil burnt in a closed room produces as much smoke as would 100 cigarettes; one wet dhoop stick would do the same to the equivalent of 500. When combined, air-quality levels plummet in winters, which seriously impacts our health. Ninety-eight per cent of Indians live in areas where pollution levels are above the safety limits prescribed by the World Health Organization.

Ambient air pollutants comprise gaseous as well as particulate matter (PM), both of which are harmful. Breathing impure air allows tiny pollutant particles, often the size of less than a micron, to pass through branching airways and tiny air sacs in our lungs, and then into the bloodstream, reaching the heart, brain and kidneys. Along the way, the pollutants inflame the nose, throat and blood vessels, causing allergic reactions, throat infections, bronchitis, asthma, pneumonia and, with chronic exposure, even lung cancer. Studies also show that air pollution causes hypertension, heart disease and stroke more commonly than lung ailments. So what can we do to protect ourselves from the harmful effects of air pollution, especially during the winter?

* An air purifier is a worthy investment for those living in cities that see frequent red or hazardous air-quality indices. However, many models reduce pollutants to only relatively safe levels, but not optimal ones. Above all else, the one you pick should reduce PM2.5.

* You may be keeping doors and windows closed while using an air purifier, or to stave off the cold, smog and bugs, but this also leads to a build-up of carbon dioxide. Stale air can lead to headaches, tiredness and weakness. Around six to 10 fresh air exchanges per hour is recommended.

* Exercising in the early mornings and late evenings—when air pollution levels are comparatively low—is more important than not exercising at all. Wearing a mask is not only a recommended form of protection against COVID-19 but can also act as a barrier against dust and pollutants during outdoor workouts.

Dr Sundeep Salvi, MD, is the Director of Pulmocare Research and Education (PURE) Foundation in Pune. He has spent over 30 years researching the effects of air pollution on human health.

Do You Like This Story?
27
2
Other Stories
Please enter valid text
Must Reads
Latest Issue