When Breath Becomes a Burden Devidas Hari Tayade is a labourer in the Yawal Taluka in Maharashtra’s Jalgaon district. Addicted to bidis since he was 13, Tayade worked as a milk-delivery boy, and then moved to digging wells in his village for the next 20 years. Around eight years ago, he started experiencing acute shortness of breath—a feeling that no matter how hard or deeply he inhaled, his lungs always felt short of air. “I attributed this to the heavy work,” he says. But the discomfort persisted, eventually compelling him to move to Pune to work as a watchman. Eight months ago, on his wife’s insistence, he got himself examined. This was when 68-year-old Tayade was diagnosed with Chronic Obstructive Pulmonary Disease (COPD). However, he is yet to give up on tobacco, a leading cause of this condition. “I smoke only 10 or 11 bidis a day; it used to be 50 earlier,” he admits.

Across the country, in Kolkata, lives 82-year-old Krishna Kamal Das, formerly a busy executive and a regular smoker 40 years ago. Das would suffer from frequent bouts of cough and cold, but each time a phase began, he would brush it off. “Every time I travelled abroad, my cough would disappear, but the moment I returned to Kolkata, it came back,” he says. It was only after he retired that his cough gradually turned worse, frequently accompanied by breathlessness. A visit to a pulmonologist confirmed COPD.

The term COPD was coined as recently as 1965. The World Health Organization (WHO) identifies it as an umbrella term used to describe chronic lung diseases that cause limitations in lung airflow. COPD leads to a narrowing of the airways and reduction of the elasticity of the air sacs that make up the lung tissue. As a result, a patient cannot exhale fully, leading to reduced oxygen intake, and hence, oxidative stress (a condition where the body does not absorb enough oxygen due to stiffness of the lungs). According to the WHO, chronic bronchitis and emphysema are the two most common conditions that are included within COPD, the symptoms of which are “breathlessness, excessive production of sputum and a chronic cough”. 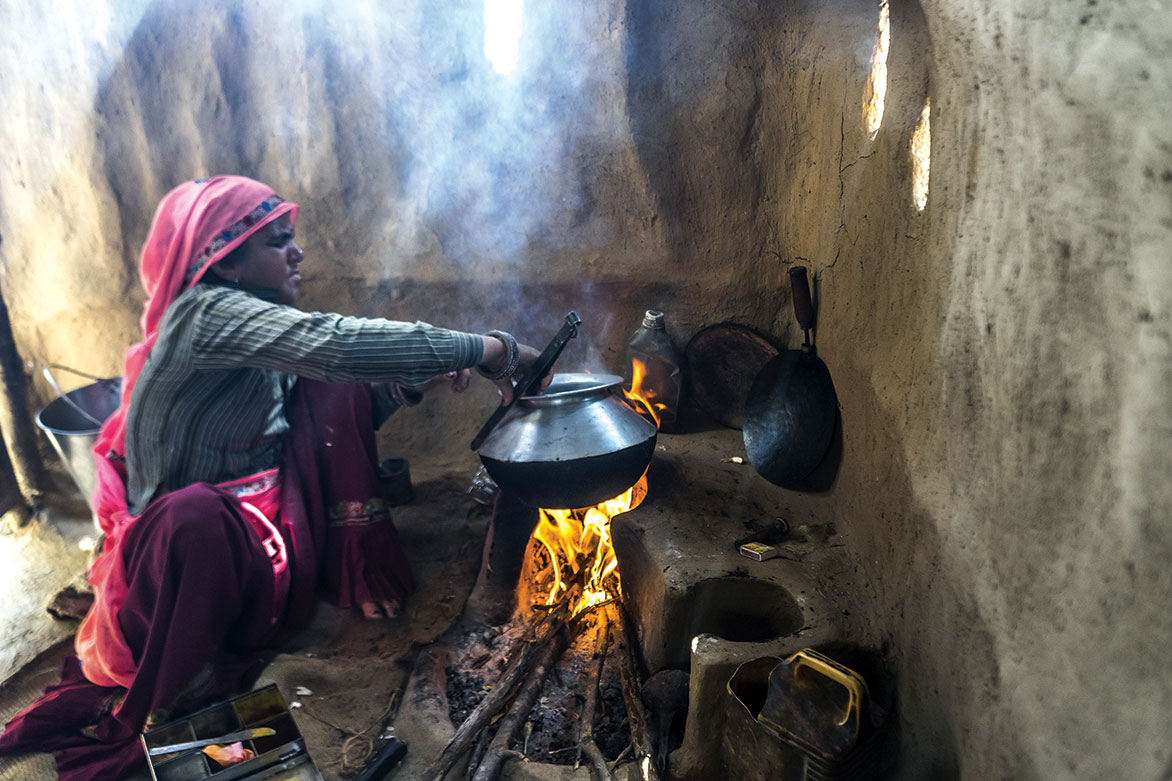 Not just a ‘smoker’s disease’

India has the second highest number of people dying of COPD, after heart disease, as per the Global Burden of Disease study, 1990–2016. It states, “The contribution of chronic respiratory diseases to the total DALYs (Disability-Adjusted Life Years) in India increased from 4.5 per cent in 1990 to 6.4 per cent in 2016.” It further points out that “of the total global DALYs due to chronic respiratory diseases in 2016, 32 per cent occurred in India” and “the number of cases of COPD in India increased from 28.1 million in 1990 to 55.3 million in 2016”.

According to the US-based COPD Foundation, most people suffering from this disease are exposed to toxins, including tobacco smoke (first- or second-hand), chemicals, such as ammonia or asbestos, household irritants such as dust, bacteria, mould and other air pollutants such as carbon monoxide. Also, according to the State of Global Air report, 2019, these, as well as outdoor particulate matter (PM)—the potentially hazardous solid and liquid particles suspended in air—ozone and household air pollution have been linked to increased hospitalizations, disability and death from respiratory problems, heart disease, stroke, lung cancer and diabetes. Those not exposed to such factors could still get COPD due to a rare genetic condition that predisposes them, according to the British Lung Foundation.

Citing a 2016 Indian study by the medical services department at Cipla Limited in Mumbai, Dr Sandeep Budhiraja, group medical director, internal medicine at Max Healthcare says, “COPD, surprisingly, is still seen primarily as a smoker’s disease. Except pulmonologists, a majority of general practitioners (GPs) and physicians reported that most of their COPD patients were smokers. This indicates that GPs and physicians, who diagnose this condition based on history and clinical symptoms alone, fail to correctly identify COPD in the absence of a history of smoking, thereby missing out on COPD cases caused by biomass exposure and other factors. This problem is more prevalent in clinics than in private and government-run medical institutions.”

Thirty-eight-year-old non-smoker Sreoshi Patranabis from Kolkata is an example of this. As a child, she suffered from breathlessness but it stopped after high school, though she continued to suffer from congestion. But five years ago, the breathlessness returned when she moved to an area with heavy traffic. That was when she was tested and diagnosed with COPD. Patranabis is now on inhalers, and tries to steer clear of vehicular pollution. “I also do yoga and breathing exercises,” she says. Who is most vulnerable?

According to the State of Global Air 2019 Report, India has a PM 2.5 exposure at 91 microgram/cubic metre, as opposed to the WHO permissible level of 10 microgram/cubic metre. No wonder reports claim that air pollution is the third highest killer in India, accounting for almost 1.2 million deaths in 2017 alone.

In 2018, Delhi-NCR ranked highest in overall emissions, followed by Chennai, according to a Centre for Science and Environment study. But once thought to be an urban problem, COPD may account for an even greater burden in rural India, where biomass fuels are used to cook in badly-ventilated kitchens. Increased ambient PM 2.5 levels and rising vehicular pollution are widespread in non-metro cities too. In economic terms, the costs for India for lost labour output was $55 billion and for welfare losses $505 billion, according to a 2018 study published by the Health Effects Institute.

Environmental factors may not be the only culprits, however. Patients themselves may be at fault, if unconsciously. One inadvertent cause may lie in simple genetics. Professor (Dr) S. K. Chhabra, head of the Department of Pulmonary Medicine, Primus Hospital, New Delhi, and author of a recent study on lung function among children, observed that, genetically, Indians have a reduced lung capacity at birth compared to Caucasians. He inferred that one reason for this could be air pollution, which also predisposes Indian children to COPD in later life, and places them at greater risk of heart disease.

The other is the lack of timely diagnosis. Patients tend to ignore the problems associated with COPD due to the very nature of human physiology. “Our right lung has three lobes, while our left lung has two; we humans need just two lobes to survive. Even when a part of the organ is destroyed, we continue to function, and don’t notice the difference,” explains Chest Research Foundation (CRF) director Dr Sundeep Salvi, who also chairs the Respiratory Group for the Global Burden of Disease Study. Since COPD manifests itself after prolonged exposure to polluted air over several years, patients do not experience the symptoms soon enough to seek medical help. Thus, the disease gets diagnosed only at an advanced stage. 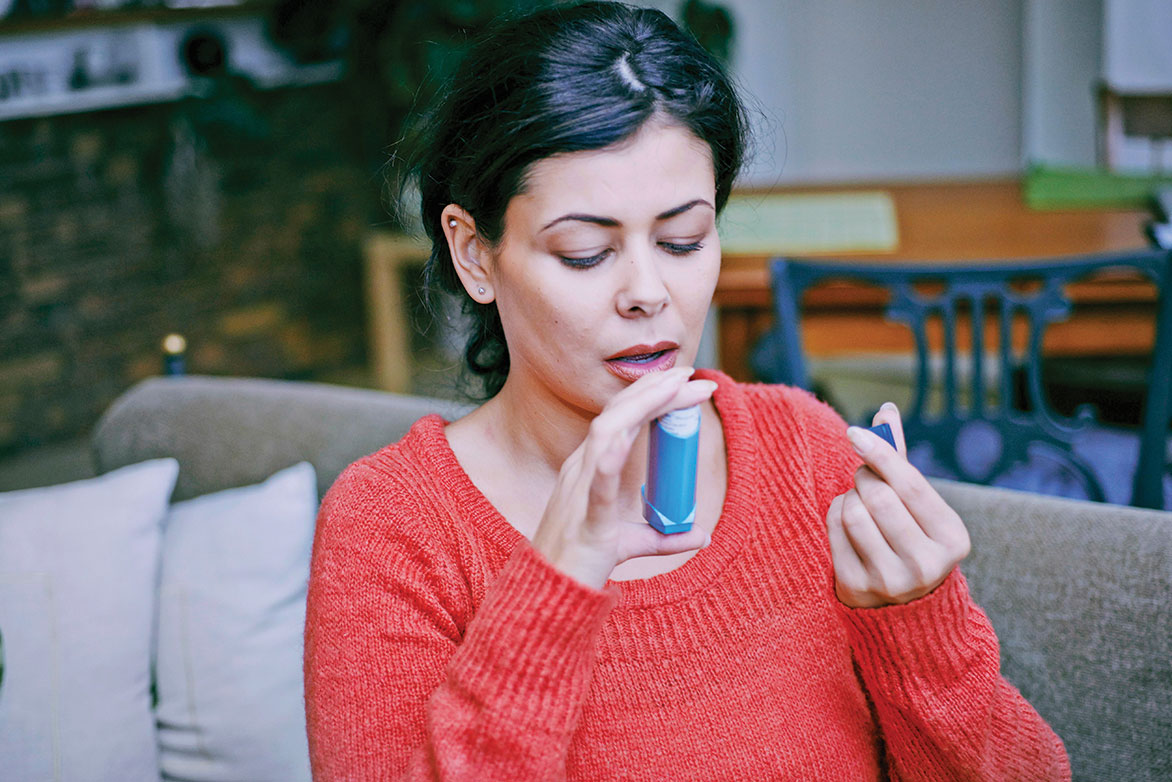 COPD is diagnosed with the help of a spirometry test, which requires a patient to blow into a tube. However, if they are unable to blow correctly into the instrument, the accuracy of the results can suffer. This test is currently considered the gold standard for COPD detection. According to a July 2016 study published in the science journal Nature, the use of the spirometry test went from 20 to 26 per cent of physicians, 10 to 12 per cent of GPs and 55 to 72 per cent of chest physicians across India from 2005 to 2013 respectively. But is the test enough?

“COPD can be estimated with high diagnostic accuracy with the help of a well-performed spirometry test in day-to-day clinical practices. But this test also indicates the possibility of asthma, which cannot be ruled out using only spirometry. This diagnostic uncertainty leads to an overestimation of asthma (see box). So clinical and radiological correlation is also needed for greater accuracy,” explains Budhiraja. Salvi agrees—“Spirometry can detect obstruction in the airways, which could mean that the patient has either asthma or COPD.”

The right method, according to the Burden of Obstructive Lung Disease Initiative (BOLD) study, is to repeat the spirometry test after using a bronchodilator. According to (Dr) Major Monica Barne (Retd), of CRF, Pune, “Other advanced lung function tests such as a body plethysmograph (measures the total capacity of the lungs), or an impulse oscillometer (measures the resistance in the patient’s airways) can better assess damage to the lungs.” These, however, are available in very few hospitals in the country, barring the premium ones, she adds.

Under-diagnosis, therefore, appears to be a serious problem when it comes to COPD, and not only due to problems in detection methods. Chhabra adds ‘lack of knowledge’ to the list: “Most patients are treated by physicians and general practitioners, who are the first to be approached. Awareness of among these doctors is limited. Most patients (of COPD) are thus never informed about their disease. COPD begins insidiously and early symptoms are often ignored or attributed to smoking,” he says. Budhiraja agrees that inadequate training and knowledge amongst doctors regarding COPD is definitely an issue, but it’s more with GPs than pulmonologists. “The 2016 Cipla study supports a majority of doctors report seeing and treating more cases of asthma than of COPD. This implies that despite a high prevalence, COPD patients in India are either not approaching doctors or are not being diagnosed properly. Doctors were also seen to have a bias—that female patients would have asthma and not COPD, thus missing the proper diagnosis in many female patients with COPD,” he says.

What’s worrying is, untreated COPD makes patients vulnerable to cardiac arrests. In fact, it is particularly dangerous in pregnant women and the elderly. Worse, long-term untreated COPD can cause disorders of the peripheral nerves. While COPD is under-diagnosed, progressive and (currently) incurable, causing irreversible damage to the lungs, the good news is that it is entirely preventable and can, with timely detection, be managed through various treatment methods.

Reduce exposure. Since prevention is the key, it is important to avoid exposure to indoor or outdoor pollution, smoking, and a range of occupational hazards such as inhaling toxic air over long periods of time. We also need to be alert towards weather changes that intensify pollution and mitigate damages.

Get timely help. This is critical—if you experience any of the symptoms mentioned in this article, seek timely medical help.

Take antioxidants. “Since the condition causes oxidative stress, antioxidants in the diet can be of great help,” Salvi explains, citing a Johns Hopkins University study, which found cruciferous vegetables such as broccoli, cauliflower and cabbage to be beneficial for COPD. A dietary supplement, in the form of a lung tonic containing N-acetyl cysteine—a synthetic source of glutathione that is produced by our body—helps dissolve and reduce viscosity of mucous and has also been proved to be helpful in managing COPD.

Be civic-minded. There is utmost need to remove or mitigate risk factors responsible for COPD, from a public health perspective, for which the authorities are responsible—reducing vehicular emissions through improved public transport, segregating industrial and residential areas, better-designed, well-ventilated housing, where biomass is not used for cooking, planting more trees, making sure there are better public alert systems. However, each of us needs to weigh in, to make the authorities accountable. For example, a policy decision has already been taken for making spirometers available in district hospitals; it is important to see that it is implemented.

Stop smoking. Cessation of smoking can certainly help. Also, breathing exercises and yoga can help patients in pulmonary rehabilitation. Octogenarian Das, for example, having quit smoking and diagnosed correctly, feels much better now. It meant an initial round of antibiotics and inhalers, for a year. But currently, he only needs to take inhalers and medication once a day. “I couldn’t feel better at this age,” he chuckles.