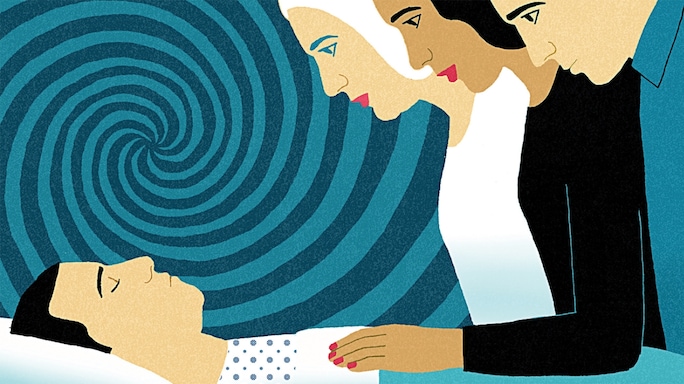 When T. Renee Garner was 32 weeks pregnant with her son, she was rushed to the hospital with extremely high blood pressure, her foetus in distress. Intravenous medication lowered her blood pressure, and her baby was delivered safely before being taken to the neonatal intensive care unit. But when Garner went to visit him there the next day, she still wasn’t well, and she began experiencing leg cramping so severe it left her weeping in the hospital. Then everything went black—for three days.

Doctors determined that Garner’s coma was the result of a severe electro­lyte imbalance—her sodium had dropped precipitously—caused by the IV medication she’d received. Garner says that while she was in the coma, she heard a siren and then the words ‘it died’, which she took to mean that she had died. (It was actually a battery on a monitor that had died.) She also recounts having horrible dreams. “I can’t remember them, but I know they tormented me,” she says. “Every dream I had during my coma was a nightmare.”

Zaida Khaze was 19 when she was riding in a car that was hit by a drunk driver. Her head injury was so severe that she lost the ability to walk, speak and swallow, and she lapsed into a coma that lasted 10 days. When she started to fully awaken in the rehab hospital to which she had been transferred, she remembered none of it: not the accident nor the aftermath. The only thing she did remember was having her entire family gathered around her. But, in fact, they were never all there at the same time.

What an individual patient will experience during a coma remains an unpredictable mystery to doctors. Even the medical definition is vague: The Mayo Clinic calls it “a state of prolonged unconsciousness that can be caused by a variety of problems.” Technically, someone in a coma is unresponsive to light, sound, touch and verbal communication, but that doesn’t necessarily mean the patient isn’t aware, says J. Javier Provencio, MD, professor in neurology and director of the Nerancy Neuro­science Intensive Care Unit at the University of Virginia. Dr Provencio has had patients tell him they remember when doctors and nurses came into the room and pinched their big toe so hard it hurt, though they didn’t respond at the time and were completely unconscious. (The pinch is a way for doctors to see whether people in a coma will respond to the pain or even wake up from it.)

“Some remember nothing; some remember a great deal of feelings but nothing specific. Some people hallucinate that people came to visit them who never actually did,” Dr Provencio says. On the other hand, there are people like Jennifer Beaver. On the Saturday night before Father’s Day in 2017, she was riding in a golf cart with her husband and two friends. When she turned to talk to one of them, she slipped and fell off the moving cart, landing on her head. She suffered a massive brain bleed and was rushed to the nearest trauma hospital, whisked into emergency surgery and then put in a medically induced coma for a week to allow her brain to heal. The doctors told Beaver’s husband that she was unlikely to survive and that if she did, she might be severely disabled. And yet when doctors gradually brought her out of the coma, Beaver not only was relatively healthy but also could recall pieces of discussions she’d overheard. “I remember friends and family in the room, and one friend who flew in from L.A. to Nashville to see me,” she says. “Later on, I texted the friend and asked her if she had been in the room because I was certain I’d heard her voice, although I couldn’t recall seeing her.” The friend had, in fact, been there.

Even with brain imaging and other tests, doctors can never be certain whether a specific patient will emerge from a coma or how they will recover. But hearing the stories of patients who have come out of their comas and recovered helps doctors learn more about this strange phenomenon. One of the most important lessons: The human brain is a lot more resilient than they once thought. “For a long time we were vastly under­estimating the brain’s potential for recovery,” says Stephan A. Mayer, MD, a specialist in neurocritical care and emergency neurology at Westchester Medical Center Health Network in Valhalla, New York. Many patients who doctors thought had no hope of waking have come out of their comas. “After about 10 years of doing this I realized I knew less about prognosis than ever,” he admits.

Learning about the best treatments for coma patients—and how to better predict recovery prospects—are thriving areas of study. Dr Provencio is one of the founders of a group of neurocritical care specialists from all over the world who are developing coma treatment strategies. The Curing Coma campaign website (curingcoma.org) provides information for patients, families, and health-care providers.