Warm up to the therapeutic benefits of this aromatic rhizome in winter. 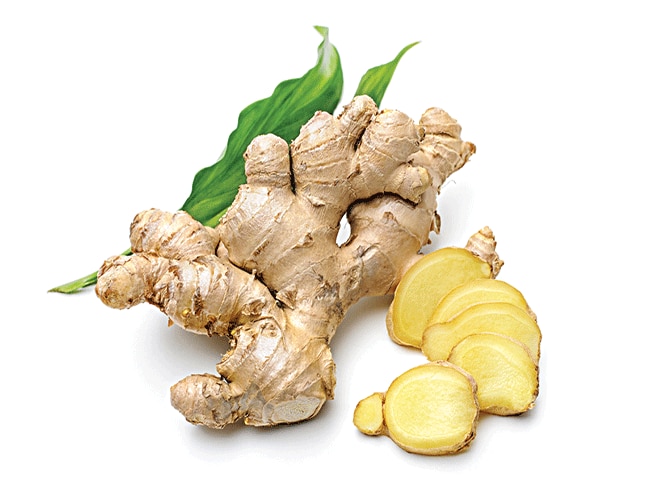 A staple in kitchens across the country--ginger originated in South East Asia and India. China is the biggest producer of this fragrant root, followed by India; the Malabar Coast is known for its high- quality ginger. Used liberally as a household remedy for improving digestion and fighting colds, Ayurvedic texts credit ginger as a great food with healing properties.

Used fresh or dried in Indian and other Asian curries, ginger is also a popular ingredient in pickles and salads. A well-known flavouring agent in tea and other beverages like ginger ale and ginger brandy, it is recommended by health experts for treating loss of appetite, nausea, stomach ache, colic pain in children, and morning sickness in pregnant women. Many studies have also given this pungent root a thumbs up as an effective remedy for nausea caused by chemotherapy in cancer.

An immunity booster, ginger is your answer to cold, respiratory infections and seasonal allergies, thanks to its anti-inflammatory and antiviral properties. Here's a delicious ginger and lemon recipe that will keep you safe from sniffles and hay fever: Cut fresh ginger in long strips and soak in lemon juice with just a pinch of salt and a few whole green chillies (lasts for two to three days). Have it with your meals in winter and you will be able to brave the cold better than ever. For those prone to allergies and sinusitis, try this: Mix a tablespoon of ginger juice with a tablespoon of fresh amla (Indian gooseberry) juice and organic honey. Store this syrup in a jar and have it twice a day.

Salila Tewari is a naturopath and yoga expert. She's also the founder chairperson of the Nature Cure and Yog Foundation, Uttarakhand, vice president of the International Naturopathy Organisation and founder of Swasth Bachao Andolan.