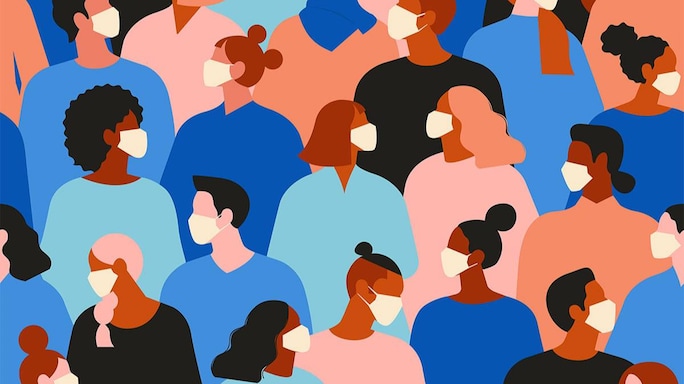 If there were a pageant for viruses this year, the undoubted winner would be the debutant COVID-19 virus which has captured global attention like no other. Emerging in Wuhan in China, it has swept across countries and continents with speed and stealth, to bring global travel, trade and economy to a shuddering slowdown.

Deriving its name from its resemblance to a crown, the coronavirus family includes both the inconvenient but innocuous common-cold virus as well as the sinister SARS virus. The COVID-19 virus, the most recently known member, has revealed itself to be more threatening than its cold-causing cousin, but far less menacing than its killer kinsman SARS. However, it is the ease and speed with which this highly infectious virus spreads that has led to more deaths than from SARS, within a mere two months of its emergence.

The COVID-19 virus belongs to the species-crossing band of zoonotic viruses, which transfer from a primary, non-human animal host to humans, directly or through a secondary animal host. Humans first acquire them by eating an infected animal or fruit contaminated by animal faeces or saliva. Then they spread from human to human through direct contact with bodily secretions or aerially through the respiratory route. Based on the number of people to whom an infected individual transfers the virus, it can spread wide or remain restricted to a smaller number. The COVID-19 virus is a Formula-One racer in this regard.

The disease COVID-19 appears to have originated among bats and passed on to humans through animals, such as the pangolin, found in the wet markets of Wuhan. Most zoonotic viruses originate in the wild where they are relatively quiescent but become more virulent when humans create conveyor belts for their entry into captive veterinary populations and then into human habitats. When a large population of close-bred animals or freely travelling humans becomes available, the virus multiplies and even mutates with ease, posing increased danger. Deforestation for agriculture, fuel, mining and housing opens the ecological window of opportunity, which viruses seize to propagate themselves, exploiting the host’s cells for their genetic replication.

The wave of panic created globally by COVID appears unwarranted, as the overall mortality rate is around two per cent. Serious complications (lung damage and respiratory failure) and deaths occur mostly in the elderly or those with serious pre-heart disease, lung disease, diabetes or compromised immunity. The fittest may remain asymptomatic, while many will experience only a mild febrile illness with a dry cough. The time from acquiring the virus to developing symptoms, ranges between five and 14 days. Healthcare personnel, even young people, have raised their risk because of repetitive exposure to high viral loads. Spare a thought for them!

Infected persons and their close contacts are quarantined for 14 days and released when tested negative for the virus. No COVID-specific drugs or vaccines are currently available. Their development, testing in clinical trials and general availability may take from 12 to 18 months. Most patients do well with antipyretics for fever, adequate fluid intake, nourishing food, rest and good sleep. Sicker patients would need hospitalization and possible ventilatory support for respiratory distress.

Personal protective measures, to prevent the virus from entering one’s airways, include frequent handwashing with water and soap for 20 seconds, use of hand sanitizer, avoiding contact with potentially infected surfaces with bare hands, keeping a distance of more than one metre (three feet) from an infected person, avoiding crowded locations, getting good sleep and consuming plenty of water, fruit and vegetables. Beyond personal protection, we also need to rethink our self-destructive development paradigms that invite viruses from the wild into our midst. That is COVID’s message to us.

Dr Prof. K. Srinath Reddy is President, Public Health Foundation of India, and author of Make Health in India: Reaching a Billion Plus. Views expressed in this article are personal.