We think of winter as cold and flu season, but the chilly temperatures have powerful biological upsides too 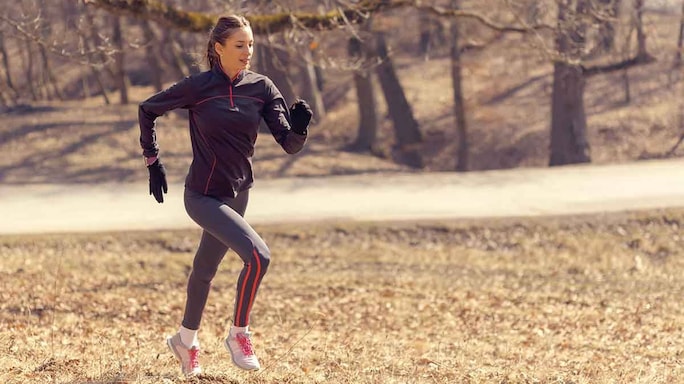 Colder temperatures can help you think more clearly. Studies have found that people perform some cognitive tasks (such as making decisions) better when the temperature is cooler. They also show that people are less inclined to tackle complex tasks in the summer than in the winter. According to Dr Ashutosh Shukla, director and head, department of medicine at Artemis Hospitals, “Medical research reveals that the ability to perform mental tasks is far improved when room temperatures are set at a lower level. On the contrary, in warmer environments, people feel less inclined to tackle tricky cognitive problems because more glucose is needed to accomplish complex brain tasks.” That leaves less available fuel for reasoning and recall tasks.

When it’s cold, your body works harder to maintain your core temperature, which is typically about 37°C. “Our bodies use a considerable amount of energy to keep us warm and to humidify the air we breathe when we’re out in the cold,” explains Stacy Tucker, RN, co-founder of Almeda Labs in Missouri, USA. So lace up your boots: A recent study of 53 people showed that participants burnt 34 per cent more calories when they hiked in temperatures between −10 to −5 degree Celsius than they did hiking on comparatively warmer days.

We know accumulating too much ordinary fat (sometimes called ‘white’ fat) can endanger our health. But adults also have small amounts of beneficial ‘brown’ fat that can stoke their metabolism to burn more calories—and cold temperatures can activate this brown fat. One study showed that participants who lowered their body temperatures simply by placing one foot in cold water revved up their brown fat cells 15-fold.

Yes, you might get more colds during the winter. However, studies have shown that colder temperatures can activate the immune system, which enhances our ability to fight infections, explains Tucker. According to the general practitioner and family physician at Delhi’s Max Multi Speciality Centre, Dr Gita Prakash, “Cold-weather months are relatively healthier due to the reduced likelihood of catching infectious diseases such as chickenpox or measles as well as illnesses such as typhoid, jaundice, dengue and malaria, which are more common in summer. Skin conditions such as fungal infections are also less frequent in winter.” That said, ailments such as influenza, viral fevers and swine flu are common in winter, so get an annual flu shot, wash your hands frequently and spend equal amounts of time outdoors as indoors. If spring and summer make you sneeze, winter might be your new favourite season. Pollen counts are virtually non-existent in cold weather. Indoor allergies, however, can be worse, according to Tucker. To keep mould and dust mites to a minimum, use a dehumidifier to maintain the humidity at home below 50 per cent.”

“When we are trying to sleep, our body’s core temperature drops. This process is faster when the weather is cooler and can take up to two hours in summer,” explains Shukla. “Besides, in winter the days are shorter, and one tends to sleep late into morning hours. As a result, you get more sleep during the winter months. Sound, uninterrupted sleep is a restorative process that enhances our health.”

In cold weather, the heart works harder during exertion to pump blood and maintain the body’s core temperature. That’s a good thing. “Exercising in the winter makes heart muscles stronger,” says Tucker. Once you warm up, you may be able to go farther than when it’s hot outside. But if you are at risk for heart disease, be careful when exercising outdoors in the cold; the extra stress can be problematic. “Limit workouts to mid-morning hours in winter,” Prakash cautions. “Exercising during early mornings or late evenings can lead to angina—chest pain caused by a lack of oxygen-rich blood and constriction of the blood vessels.”