5 Reasons Why Black Pepper Is Truly The King Of Spices 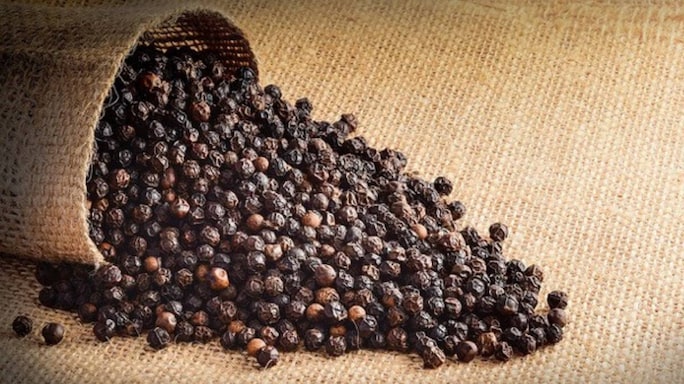 An important ingredient in the Indian spice box, black pepper is also used in traditional remedies for its many health benefits. Here are five top reasons why black pepper is considered the ‘king of spices’.

1. Healing touch: The main active compound in pepper that gives this spice its unique flavour is piperine, which is known to have antioxidant properties. The antioxidants help fight free-radicals to check oxidative stress, thereby reducing the risk of chronic diseases.

2. It’s gut friendly: Black pepper may also help in digestion. A Time article on black pepper quotes Keith Singletary, professor emeritus of nutrition at the University of Illinois, as saying, “There are a number of animal studies that indicate some potential benefit for the gastrointestinal tract.”

3. Good for brain? Researchers are now studying if black pepper has brain-boosting properties. A study on rats published in the Journal of Clinical and Diagnostic Research found that black pepper proved to be effective in prevention of Alzheimer’s disease. But, further research is needed to establish this finding.

4. Age-old cold remedy: For centuries, Ayurveda and naturopathy have prescribed black pepper as a remedy for cold and cough because of its medicinal properties. Your grandmother may have tried this home cure on your mother and your mother on you, for the age-old black pepper-honey concoction is effective in providing relief from nasal congestion and cough. It is known to soothe sore throats and keep infections at bay.

5. Culinary wonder: One of the most widely used spices in the world, black pepper is a must-have in any kitchen. You can do so much with this spice, from flavouring your curries to adding it to warm beverages, sprinkling it on freshly cut fruits for a kick, adding a dash of it to your bowl of salad or marinating your meat with it.