The Abiding Charm of Romesh Gunesekera 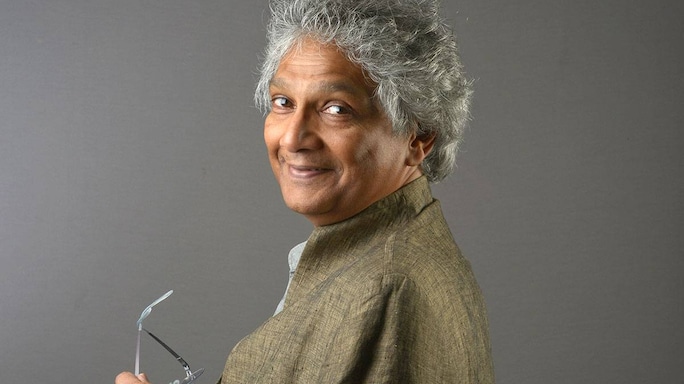 Sri Lanka-born poet and fiction-writer Romesh Gunesekera, 65, began his writing journey in the 1990s. His early stories were published in Stand magazine, The London Magazine, Granta and his poems in the London Review of Books, Poetry Durham and other esteemed publications. Having moved from his birthplace in Colombo to the Philippines at age 12 and then at 17 to England, where he now lives, Gunesekera’s writing attempts to explore the immigrant experience, and trace the impact of the violence and political tensions that have ravaged the elysian beauty of his country of origin.

An award-winning author of several celebrated books, Gunesekera’s debut novel Reef (1994) was shortlisted for the 1994 Man Booker Prize as well as for the Guardian Fiction Prize. Pico Iyer described this novel in a review as "the best novel from the subcontinent since Rohinton Mistry's Such a Long Journey … Calmly, it gives us a new and unexpected world, and gradually it makes it feel like home." His third novel, Heaven’s Edge, a dystopian novel set in the near future, was published by Bloomsbury. His powerful short-story collection, Monkfish Moon (1992), which was hailed as a New York Times Notable Book in 1993, includes a number of tales that, while set in London, nevertheless feels the impact of the, then ongoing, civil war in Sri Lanka, reflecting the imagination of a writer who explores ‘home’ through the migrant frame of distance and memory.

In response to his first works, critics placed Gunesekera in the august company of some of the most promising young British writers. His writing is known for evocative narratives, simple and yet incandescent language and complex characters. According to British critic, novelist and biographer, D. J. Taylor “Gunesekera's forte is atmosphere: tiny intimations of disquiet, sudden adjustments to the psychological thermostat against a background of political turmoil…. [He] achieves his best effects in stories where character resists the thraldom imposed on it by environment." D.C.R.A. Goonetilleke declared him "arguably one of the top twenty young British novelists" in Contemporary Novelists, and poet-diplomat Guy Amirthanayagam wrote, "He bids fair to join the likes of V.S. Naipaul, Salman Rushdie, Timothy Mo and Kazuo Ishiguro" in a Washington Post Book World review. Gunesekera’s other novels include The Sandglass (1998), which won the inaugural BBC Asia Award, The Match (2006)—hailed as one of the first novels in which cricket was celebrated, and a forerunner of the many cricket-related novels that have followed since—The Prisoner of Paradise (2012) and Noon Tide Toll (2013).

An elected Fellow of the Royal Society of Literature, he has also received a National Honour in Sri Lanka, the Yorkshire Post Best First Work Award in Britain in 1995 as well as one of the prestigious Italian literary prizes—the Premio Mondello Five Continents in 1997. He has also been a judge for a number of literary prizes including the Caine Prize for African Writing, the David Cohen Literature Prize, the Forward Prize for Poetry, the Granta 2013 list of the Best of Young British Novelists and the Chair of Judges for the Commonwealth Short Story Prize.

The 25th Anniversary edition of Reef was published by Penguin India and is available throughout South Asia from November 2019. It has a new introduction by Pico Iyer and Penguin India describes it as “a luminous coming-of-age novel.” Reader’s Digest caught up with author at the India Today Sahitya Aaj Tak event for a quick chat about his latest offering Suncatcher (Bloomsbury), which was released last month and about his favourite books and authors.