Learning To Live From Amma

How wisdom, food and family values hold us together in powerful bonds even after she’s gone 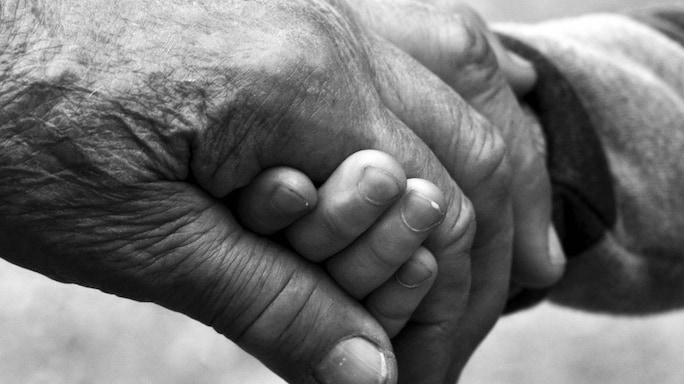 Whenever I think of my grandmother, I see her in the kitchen—the woman and the space are inseparable in my mind. Married off at a young age, Amma was a fiery, spirited teenager who transformed into a resourceful housewife, mothered six children and controlled a dozen boisterous grandkids over the years. Her life is a story of grit. Today, Amma is no more but her legacy remains.

We had a strange relationship, Amma and I. We discussed, debated and fought fierce battles of wit. Our arguments would sometimes lead her to become angry or aloof but she never gave up on me.

In the time we spent cooking in the kitchen, Amma taught me things that many people seek in self-help books or seminars. Her managerial skills were superb. There always was ample food, home-made masalas, sherbets, papads, pickles and dried salted tamarind balls in the pantry and assorted dry fruits mixed with dried coconut flakes in winters. Fresh green gram kachoris, sooji ladoos, mongodis, dahi vade and urad dal tadka were her specialities but the ultimate was a plain arhar dal with a dash of asafoetida, turmeric powder and salt.

When I was eleven, I decided to make rotis and haughtily announced my intention. Nonchalantly, Amma asked me to first make the dough, but a task that basic was a waste of my time. I was confident that if given ready-made dough, I could roll perfect rotis. Wasn’t I good at drawing? Roti making was the same, right? Amma stood firm, so I reluctantly agreed. When she offered guidance, an extremely confident pre-teen told her it wasn’t required.

As I added water to the flour and began kneading, the ingredients started to behave like political opposition parties with their own separate agendas, digging their heels in like a non-cooperation movement—it was a colossal mess. I cried silently, my pride hurt. Amma simply looked at me, pulled the parat towards her, and miraculously rescued the sticky muddle, transforming it into a perfectly elastic dough. “Start with the basics. Don’t climb a mountain without learning to walk,” she said, and proceeded to show me how adding a little bit of water to the flour and letting it soak for a while, gave the ingredients time to get acquainted, making it easier to cajole them into the amicable relationship required for perfect rotis. From simple household chores like this to big planning and organizing efforts, what I learnt about life and growing up in those years with her, no school could have ever taught me.

Creating a monthly grocery list, for instance, was my job and I hated it. It was too laborious and boring but little did I know, how handy this seemingly inane task would prove to be when I had to set up my own home and manage resources for a large family. Her lessons didn't end there—I learnt how to plan ahead, pre-empt problems, find creative solutions, optimize my time and effort, work smart and instead hard—Amma prepared me for life's every curveball. Amma’s cupboard was a magical place. Apart from her saris, there was a Japanese musical trinket box wrapped in a muslin cloth, a gift from my uncle. Though Amma cherished it, she never kept any ornaments in it. An old red wooden box, a gift from her father had the honour.

She had not been able to complete her education but that never deterred her from seeking knowledge or staying curious. Well-versed in language, maths and mythology, she read newspapers and magazines to follow current affairs.

Once she confided that, had she been a boy, she would have joined the army. I am sure, with her uncommon wisdom she would have made an excellent army officer.

Do You Like This Story?
21
0
Other Stories
Please enter valid text
Must Reads
Latest Issue