Jeffrey Archer: 'I'm Surprised Vikram Seth Is Not The Captain Of The Indian Cricket Team!' 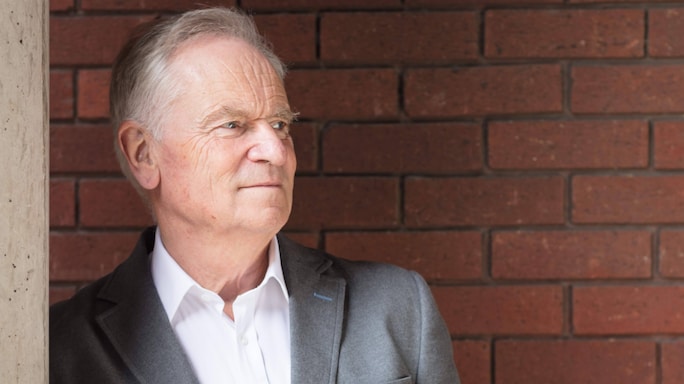 English novelist Jeffrey Archer began writing in 1974 with Not A Penny More, Not A Penny Less, and followed it up with the hugely successful Kane and Abel, which firmly established him as a master storyteller. In the past 45 years he has written dozens of short stories, thrillers, generational sagas, plays, as well as a prison memoir trilogy, having served time for perjury in the early years of this century.

In 2019, now aged 79, Archer turned over a new leaf in his writing career, embarking upon a series of police novels, featuring Detective Constable William Warwick. If the name sounds familiar, it’s because this was, in fact, the hero of the crime thrillers written by the fictional Harry Clifton in Archer’s seven-part Clifton Chronicles (2011–2017).

I met Archer on a beautiful September morning at his penthouse apartment on Albert Embankment in London. The living room was awash with sunshine streaming in from large glass windows overlooking the Thames, the Houses of Parliament and The London Eye. Big Ben, sadly, was hiding behind a curtain, undergoing repairs.

Over a cup of hot chocolate, Lord Jeffery Archer—he is a life peer—settled down to talk about his writing, his interest in cricket and why he doesn’t want to retire…

You were at the Jaipur Literature Festival this year. What was it like?

It was amazing! There were 7,500 people [at his session]. A very young crowd, 60 per cent were women, very young … it was a shock. I’ve been coming to India and drawing crowds of one or two thousand regularly, but never 7,500! It was one hell of a festival.

You’ve visited India four or five times in the past decade … what brings you back so often?

Well, it is fun to meet the people who read you, always. And it is fun when large crowds turn out to see you … it’s very flattering. I love India. And I love cricket … I’m always very happy when I go.

I know quite a few people who say Kane and Abel changed their life by making a reader out them. Is there a book that has changed your life?

No! That’s very Indian (chuckles). Is there a book that has changed your life?

Yes, it’s a fine, fine novel. It’s quite brilliant. And what’s amazing about him is what a polymath he is. Seems he can do anything. Damn the man! I mean, you want to play the violin, play the violin! I’m surprised he’s not the captain of the Indian cricket team! He seems to be able to do anything!

Coming to your recent book, Nothing Ventured, which was born out of your previous series, The Clifton Chronicles—am I speaking with Jeffrey Archer or Harry Clifton?

Ah, I think that’s a very fair question. They are intermingled, because he [Harry Clifton] was a writer. And I always say to young people, write about what you know, write about the people you know about. Because that will come over true. So yes, I suspect there’s a lot of Harry in me, and a lot of me in Harry.

William Warwick is the first time you are writing about a character from one of your novels ...

Yes. But also, William Warwick is based on a man called John Sutherland, who was a Detective Chief Superintendent. Sadly, he had to leave the police because he had a mental breakdown. A very dedicated man. I’ve got to know him in the last couple of years.

Oh yes, very different—it is a story about a detective, not a detective story. If I do seven or eight books, it’ll be a saga, it’ll be the story of William Warwick’s life. So, I hope to combine the two.

In Nothing Ventured, one of William’s first cases is a stolen artwork. Why did you choose The Syndics by Rembrandt as the stolen artwork?

Love it! Of course, this one isn’t the one that’s in the Rijksmuseum in Amsterdam [Syndics of the Drapers’ Guild by Rembrandt], but I meant it to be like the one there. I love Rembrandt. I love that particular picture.

Since you started with art, I suspect William will get cases involving your other passions as well—cricket, theatre, auctions ...?

They’re bound to get in. Cricket less, because the Americans and Germans won’t know what I’m talking about. So, auctioning, art, theatre—yes.

In Nothing Ventured, William Warwick tries to keep awake “by remembering the top 10 Test batting averages of all time— Bradman, 99.94, Pollock, 60.97, Headley ...” If he were to do it today, Australia’s Steve Smith would be right after Bradman ...

Who would you rather pay to watch, Kohli or Smith?

Moving on to your other passions, do you watch television shows or streaming platforms?

Yes, I do. I watched The Loudest Voice, because I was fascinated by Russell Crowe playing that particular part (Roger Ailes, former CEO of Fox News who resigned after allegations of sexual harassment). He is such a fine actor. I’m watching Sanditon, which is the Jane Austen piece, and enjoying it a lot.

Are any of your books being adapted for screen?

Well, lots of talk … I think I’ve got the rights back for Kane and Abel, so there will be a chance to do it again, which a new cast and everything. But believe it when you see it, sadly.

Have you watched Good Omens—the series based on the book by Neil Gaiman and Terry Pratchett? When the angel Gabriel comes to a bookshop, he smells something “evil”. “Oh, that would be the Jeffrey Archer books,” says the angel Aziraphale ... Is this just bookish banter or is there a professional rivalry here?

(Laughs) No. I think if you become famous, you become generic. They just use your name. There’s a National Theatre play currently where an MP says, “I always take a Jeffrey Archer on holiday.” You know, they could put any name in there … so one is rather pleased when they put yours. Because it shows that you’re there. So, nothing personal ...

You’ve been writing for 45 years… do you sometimes not want to put your feet up and relax?

NO! I am frightened of doing that. I am frightened to just … just disappear … to get old, and flake. I need to keep going. And I’m enjoying the writing so much. I’m well into a quite late draft of the second book, Hidden in Plain Sight, and I am mentally working on the third book. So, no, I don’t want to stop.