Acclaimed novelist, playwright and peer in the House of Lords, UK, Jeffrey Archer (79) has spent an illustrious 45-year-long writing career creating bestsellers. His latest is the  William Warwick series, of which the first book, Nothing Ventured, launched in September. He lives in London and Cambridge. Here he lists his all-time favourite reads 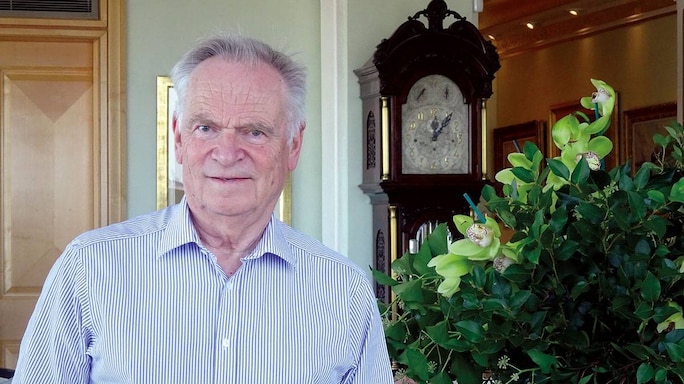 This book is a marvellous combination of writing and storytelling. Zweig was one of the most successful authors in the world in 1938, and then went out  of print, and has now come back to be a bestseller again.

This is a masterpiece. It’s too long by modern standards, of course. If Dumas was around today, he’d write books of 400 pages. With no television, no other distraction, he wrote books of 1,500 pages. And the staggering thing is that he wrote The Count of Monte Cristo and The Three Musketeers in the same year! You couldn’t do that today!

A very clever idea: one man taking over the life of another; of them swapping their lives. And well-written too: She’s a fine storyteller. The Scapegoat combines her amazing talent for observation with good writing.

A Gentleman in Moscow by Amor Towles, Windmill Books, Rs 499.

This is the last book I read and loved this year. It’s my book of the year. It’s such an original subject! Very, very few books are genuinely original, with a theme or an idea that nobody has thought of before, that no one has tackled, and no one can tackle again. It’s just such a clever idea; too clever to have been invented. But having said that, it has to be true. Then you’ve got to write it. And it’s beautifully written.

I put Munro’s short stories equal with R. K. Narayan’s. They are my favourite short-story writers. Both write beautifully, but they are also damn good stories. It’s that rare combination of both. This book is a gem, as is Narayan’s Malgudi Days.

A wonderful insight into two young Germans—one Jewish, one aristocratic—in 1939, when they’re both at school. A very fine book, which would help anyone understand the problems the Jews were facing in the late 1930s.

I think this is probably a book I have re-read the most number of times. I love the idea of him (Dr Manette) sacrificing his life for something bigger and more glorious than himself. Quaintly old-fashioned in the modern world—I love it. This was Dickens’s most successful book, possibly because it was story, story, story, and impossible to put down!

On the Beach by Nevil Shute, Vintage Classics, Rs 961.

I’d take this blockbuster along to re-read on any long journey. Its post-apocalyptic world encountered by ordinary humans could serve as a warning of our likely future and a reminder of frailties that still drive us towards the brink.