Fight Against Coronavirus: Nine Things That Clicked For Kerala

This south Indian state, known for its social indices, is now being touted as a ‘role model’ that is worth emulating. Is the tag justified? 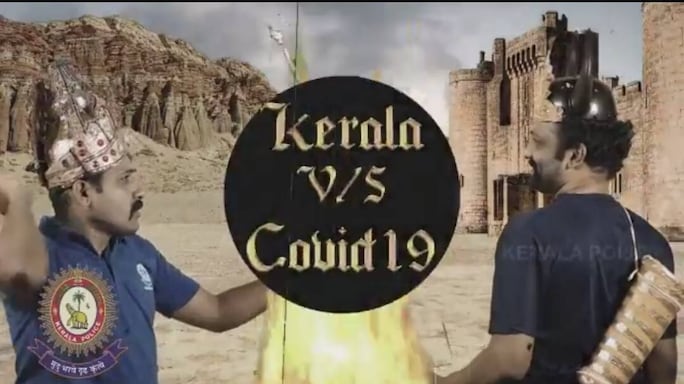 Kerala recorded India’s first coronavirus virus case in late January this year. This was when the novel coronavirus was raging in China and a few other countries and the Indian government said that we did not have to worry about its spread in this country. After nearly three months, when India’s tally of positive COVID-19 cases stands at around 30,000, Kerala is yet to cross 500 cases, whereas other states like Gujarat and Maharashtra, which had no patients in February, have galloped towards four-figure marks. Kerala, according to the latest figures, has the lowest death rate (only three deaths so far) among the states and also the highest recovery rate (74 per cent). There is no doubt that Kerala, when compared to other Indian states, has the advantage of high literacy, strong socio-economic development, and relatively better primary healthcare facilities. But there were some other factors too that worked in its favour, when it came to handling the novel coronavirus. So, what were those factors that worked for Kerala in handling the disease that has the entire world in a frenzy?

Kerala’s health minister, K.K. Shailaja, popularly known as ‘Shailaja Teacher’ as she is a former science teacher, did not wait for the central government to impose restrictions on people travelling from abroad, soon after it became clear that coronavirus was a threat to the world. Kerala had healthcare workers at all its four international airports screening passengers from abroad. Those with symptoms were quarantined and their samples tested. People who were asked to self-quarantine were monitored very closely through a call centre run by the state. They were also monitored by another state-run call centre on a daily basis, asked a series of questions related to their health and to look for any symptoms. Anybody missing from their homes was immediately reported and traced. Quarantined people were delivered daily essentials at their doorstep so they had no reason to leave their homes.

Kerala was the only state in India that experienced the deadly Nipah outbreak in 2018. As it was a highly infectious disease, the state quickly learnt that it needed to have strong protocols in place in order to stem the infection and it also understood the importance of isolating those affected by the virus. Contact tracing was also emphasized during the Nipah outbreak. That experience was put to good use during the current crisis. Although the Centre suggested a quarantine period of 14 days for coronavirus suspects, the Kerala government kept it for 28 days as a precautionary measure, again due to its experience during the Nipah crisis. It chose to err on the side of caution. On 5 April, a 26-member medical team set off for Kasaragod to establish a special COVID hospital in the district with 200 beds. Pic courtesy: @vijayanpinarayi /Twitter

As soon as the first COVID-19 patients were identified, a flowchart model prepared by the Pathanamthitta district—a system to track the movement of coronavirus patients from the airport to the way they ended up in the hospital after they were diagnosed with COVID-19—was put in place. Each of their contacts during this period was also traced through these flowcharts. To trace all the potential carriers, the state used extensive technology like the GPS data of people's phones, CCTV camera footage, etc. so that the state can track and trace all the people that were suspected of being infected. A flow chart was prepared for each of the positive patients. Looking at the success of the flow chart and the technology to trace the contacts, other states started following it.

As soon as the cases came to light, Kerala started publishing daily updates about quarantines, tests and hospitalizations. It also came up with an integrated dashboard so that the public could access it online to check the coronavirus status in the state. The leadership took a surprisingly proactive part—they held press conferences at regular intervals to share information and answer all questions. They took an active part in even quashing any fake news circulating regarding the virus and steered clear of talking about patients on communal lines, nor did they issue a separate ‘single source’ (read: Tablighi Jamaat) figures. This way, it kept the focus on the disease and the steps to tackle it. The “Break the Chain” campaign to limit the spread of COVID-19 was communicated through the media.

Kerala Police was not only active on the ground but also on social media. While social media has often been accused of spreading fake news and peddling myths, Kerala Police took it head-on. Its Twitter handle (@TheKeralaPolice) and Facebook page have been putting out informative—sometimes funny and irony-laced—tweets and posts to raise awareness about the best practices to fight COVID-19. Asking citizens to remain vigilant against cyber frauds to calling out fake news and using funny videos on fighting coronavirus, Kerala Police’s social media activity can be a study in how police forces can connect with citizens better.

Corona war .. we shall overcome.. pic.twitter.com/aYldQaHNYe

As early as 10 March, two weeks before a nationwide lockdown was announced, the Kerala government stressed on the need to improve “quality and availability of broadband internet” as more people would now opt to work from home. In a tweet, Chief Minister Pinarayi Vijayan also said that “food will be delivered to families under observation”. This was long before others had thought about these issues.

#COVID19 | Improving ReadinessAs more people will be working from their homes, efforts were taken to improve the quality and availability of broadband internet. Food will be delivered to families under observation. Respective DCs will ensure this.

Kerala started to think with empathy, ahead of others. The state started home-delivering food for the quarantined, mid-day meals from schools were also delivered to children in their homes. With a huge migrant workforce, the state feared that it may find it difficult to control them from leaving the state even during the lockdown.

According to a BloombergQuint report, the state is running 15,541 relief camps for the migrant workers, the highest in the country. There were protests in some migrant camps, but the state nipped them in the bud by resorting to simple measures. Since migrant workers were from north Indian states, the government started offering them roti, dal and ‘white rice’ as opposed to the local cuisine and grains. The migrant workers themselves were given charge of running the kitchens. The local authorities also focused on telling the migrant labourers about fake news messages circulating on WhatsApp groups and how to avoid them. The administration sourced television sets, carrom boards and other materials for recreation at the migrant camps. Even counsellors’ help was taken to deal with the psychological pressures these workers were facing.

The state government and local governments used WhatsApp, helplines and the network of health workers extensively to spread the message of safety and prevention. Isolation centres were set up and when there was a shortage, ordinary citizens pitched in with many families offering their homes for quarantining. A gram panchayat in Alapuzzha district made it mandatory for people to carry an umbrella when stepping out. Two people with open umbrellas, they reasoned, could maintain a minimum distance of 1 metre, and therefore practise social distancing. Ordinary citizens started mobile libraries, and raised funds for migrants and distributed food and other essentials, creating an all-round environment of care and concern.