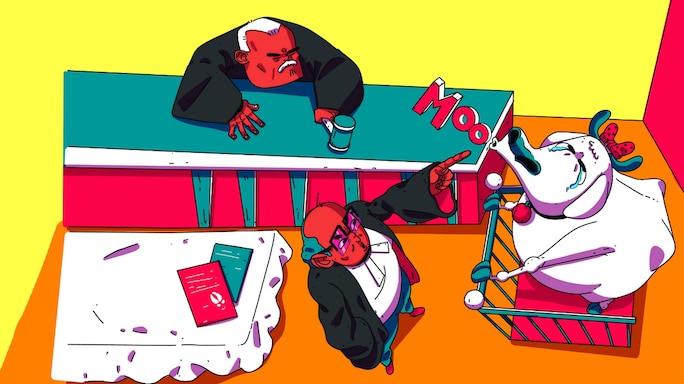 To err is human, but to wander off is … bovine! (Illustrations by Siddhant Jumde)

Just as you can tell what city any Indian is from by the mango she insists is the world’s best, each city’s auto drivers have a unique way of turning you down. We asked our readers to share with us their own experiences characterizing their hometowns. Here’s a smattering of anecdotes from their contributions.

A city known for plain speak, but some interrogations are just weird

I had moved to Delhi recently and was out on assignment as a reporter. The Delhi Police had a women’s cell that tracked what was called ‘eve-teasing’ those days. I was seated in a police jeep next to a woman officer, waiting for action.

Delhi’s evil-doers were probably waiting for the temperature to come down a bit, so we found ourselves sitting in the jeep for a long while. Like a true detective, the officer decided to interrogate me instead—and the first thing she wanted to know was my salary. I tried to evade the subject, but she was insistent. All she wanted was an idea, she said in the end.

“What if I want to become a journalist?” she said.

Several would-be molesters were caught that evening. I wonder if they were asked their salaries later.

A friend from Pakistan was shopping for saris in Kolkata. There was a bunch of passive, morose salesmen sitting around the store that afternoon, when she entered—a bit of a contrast to the Karachi salesmen, who were always eager and willing. So much so that these large muscular Pathans would enthusiastically drape saris on themselves to display them for the shopping ladies.

My friend was kind of embarrassed to ask these pinched Bengali men to get up and help. Then she remembered that she had come to buy some gifts and pointed to a top-shelf piece she fancied. “It’s out of reach,” said the salesman blandly. “For me, and you,” he added, and went back to reading his newspaper.

My friend Rohit’s car was crawling at a snail’s pace near Bengaluru’s Silk Board junction, notorious for gridlock jams. He suddenly spotted a colleague walking briskly down the pavement.

Rohit immediately called out to him, offering a lift.

“Thank you, but no,” his colleague said.

“Sorry boss, but I’m in a bit of a hurry,” said the fellow and disappeared into the traffic.

I remember the first time I travelled in a Mumbai local train during rush hour. My heart skipped a beat as I gazed at the train offloading a horde of passengers on to the platform. I almost froze, wondering how I’d be able to get on the train in one piece. I had observed a few other trains arrive and leave before this one, and the sea of humanity flowing in and out of compartments scared the daylights out of me. As I prepared to enter the ladies’ compartment, I did kickboxing moves in my head: jab, hook, uppercut!

Suddenly the frenzied ladies behind me yelled “lavkar” (faster), and, before I knew it, I was swept away by the huge crowd. Basically, everyone pushed and shoved until we were miraculously propelled into the compartment within seconds. While I tried to breathe, everyone else looked calm and unperturbed, as though they did this every day!

In The Art of War, Sun Tzu says, “supreme excellence consists in breaking the enemy’s resistance without fighting”. I guess Mumbai trains taught me that. 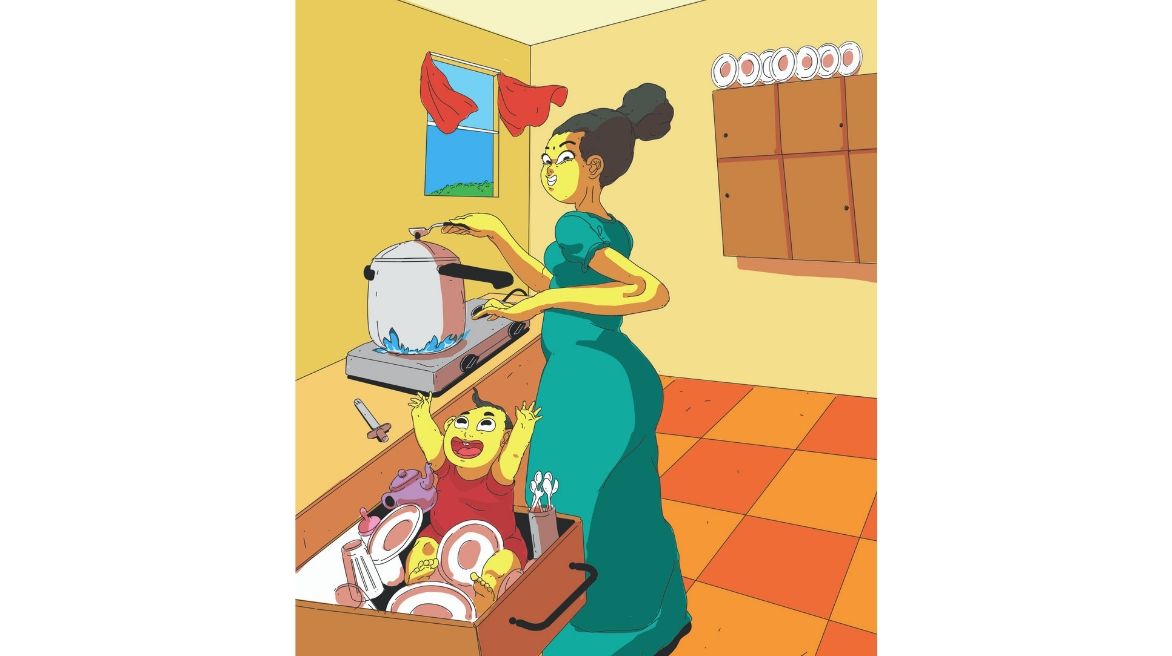 To err is human, to forgive divine, but to wander off is … bovine

In an unexpected turn of events, a cow was produced before a local court in Jodhpur, Rajasthan, over a dispute. Turns out, the issue arose between a police constable and a teacher over the ownership of the prized bovine.

The judge carried out a physical inspection of the cow and adjourned the case at first. At the next hearing, however, the cow was let loose so it could find its way home. It purposefully made its way to the constable's house and, voila, its ownership was decided!

A small, sleepy town in Kerala, Thrissur is famous for its annual temple festival, Pooram, which takes place in April–May every year. There are elephant processions, parasol parades and a thunderous symphony of drums! Elephants are a big part of Pooram, and Thrissur boasts several fan clubs for the magnificent creatures. The tallest and most dignified temple elephant is the 55-year-old Thechikottukavu Ramachandran, who towers at 10.5 feet and has his own Facebook page!

Devotees were terribly disheartened however, when authorities forbade the partially blind animal from taking part in the event last year citing health concerns. But the love of tens of thousands of fans, who eagerly anticipate the spectacle of Ramachandran walking among massive crowds for hours on end, would not be denied. A huge media campaign reversed the verdict and he was allowed to open the festivities. Stars must bow to fans sometimes!

In July 2019, a Lahore-based digital media manager posted a quote by the famed English art critic John Berger from her twitter handle @izahshahid: “Every city has a sex and an age which have nothing to do with demography. Rome is feminine. So is Odessa. London is a teenager, an urchin, and in this hasn’t changed since the time of Dickens. Paris, I believe, is a man in his twenties in love with an older woman.” Soon, India's Twitterati began responding with  descriptions of our cities in human form. Here are some of our favourites:

Chennai is a matriarch. Grounded, loved, earthy. Gives us the yummiest of food and the best of advice. Is full of stories that demand rapt attention. Laughs and cries with equal vigour. Keeps the door open for beef biriyani dinners.

Benaras is an old shayar who was in love with a courtesan in his prime and still writes love sonnets about her performance on his ghazals. He often sits with his friend Ganga and talks about how she used to put flowers in her hair. Ganga never confessed her feelings for the shayar.

Srinagar is a damaged teen that was abused in his childhood and also sent to prison even though he was innocent. All these brutalities and injustice are turning him into something even he doesn't know but the beauty in his heart is still alive, it's pure. Nothing will change that.

Mysore is a beautiful woman, royal and charismatic. Had a glorious past, but now wakes up every day to realize that the past is well behind, and the glory long gone. She lulls slowly waiting for another chapter of her life.

#Shimla is an English lady's restless soul trapped in the body of an old Pahari woman, it misses the charm of its youth and writes fog poems for a lost lover.