The Best From The World Of Entertainment And Books: The Mauritanian, Life in Colour with David Attenborough, Jhumpa Lahiri's, Whereabouts, And More

Our top picks from streaming, books and throwback for April Tahar Rahim and Jodie Foster in The Mauritanian

HINDI: Slated to arrive in theatres on 9 April, CHEHRE has the makings of a gritty and gripping thriller. Wanting to escape a snowstorm, Karan Oberoi (Emraan Hashmi) is forced to take shelter in the home of Veer Sahay (Amitabh Bachchan). The octogenarian Sahay likes playing games like Clue, but in Oberoi, he finds a real-life pawn. A saga of crime and punishment, this one promises to be a nail-biter.

Not only has A.R. Rahman produced 99 SONGS and composed its music, he has also written its story. As Jai (Ehan Bhat), a struggling singer, pursues his dream of becoming a composer, he must first find a way to balance his ambition with his affection for Sophie (Edilsy Vargas). Also starring Lisa Ray and Manisha Koirala, the film will come to cinemas in three languages—Hindi, Tamil, Telugu—on 16 April.

MALAYALAM: Fahadh Faasil recently teased fans on Facebook with a riddle: “A person was found dead on a misty field. The only evidence found is a set of footprints between two lines. Who is the police after?” The actor, of course, wants us to watch IRUL (streaming on Netflix from 2 April) to find answers. Directed by Naseef Yusuf Izuddin, the film also stars Soubin Shahir and Darshana Rajendran. 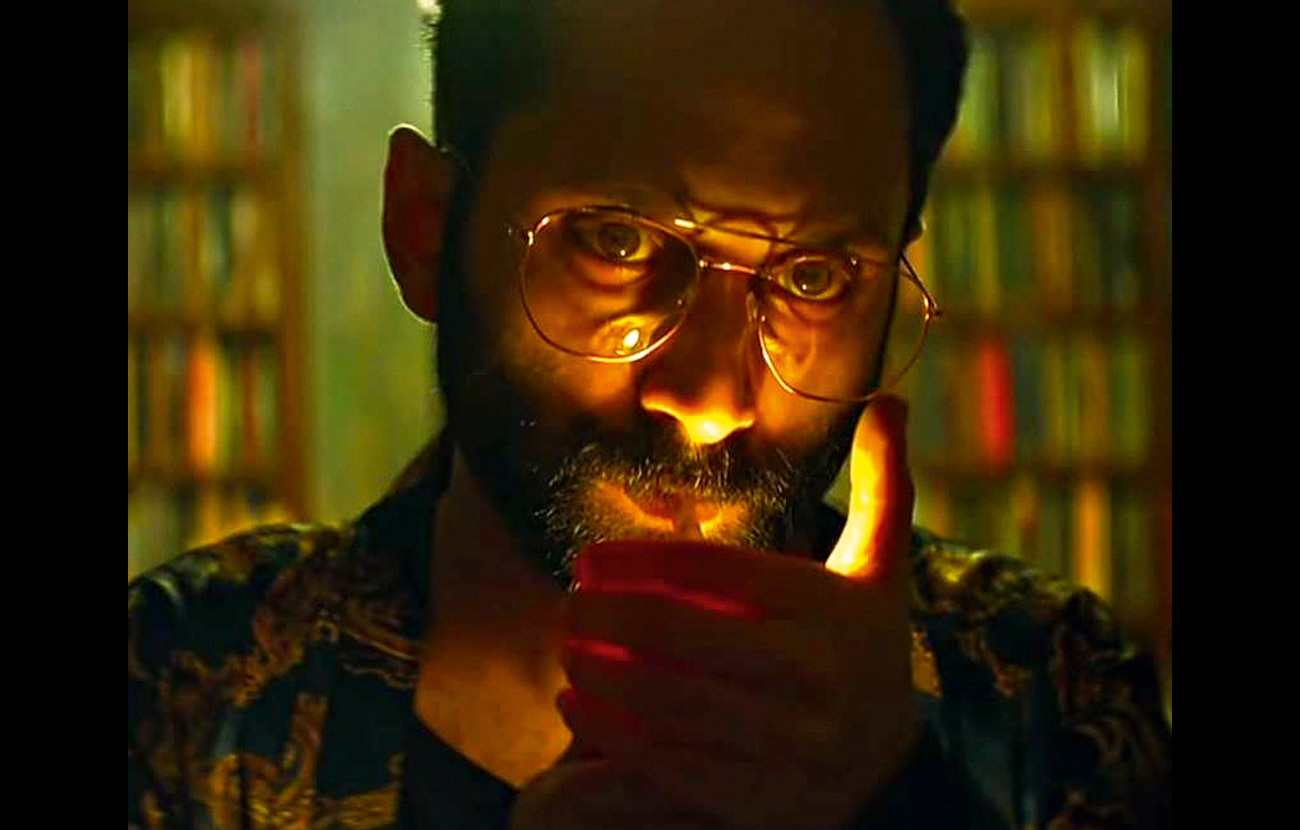 Covenant Season 1: Coming to Amazon Prime Video on 9 April, the first season of horror anthology series, Them, is set in 1953. Henry Emory (Ashley Thomas) and his wife Lucky (Deborah Ayorinde) move their family from North Carolina to an all-white neighbourhood in Los Angeles. What awaits them is malice and malevolence, both natural and supernatural. Shahadi Wright Joseph in a still from Them: Covenant

In her 2017 non-fiction book, In Other Words, Jhumpa Lahiri wrote about her immersion in a new language: She was now reading and writing in Italian. Four years later, the Pulitzer-Prizewinner has written an Italian novel, Dove Mi Trovo, one that she translated into English herself. Exploring themes of exuberance, dread, attachment and estrangement, Whereabouts follows an anonymous narrator who wanders a nameless European city, contemplating her solitude and place in the world. The everyday bristles in Lahiri’s prose: Parks, bridges, piazzas, streets and coffee bars are imbued with new meaning, but the real transformation occurs in her protagonist. Standing by the sea, feeling replenished by the sun, she sees her perspective metamorphose one day.

India: A Story through 100 Objects by Vidya Dehejia (Roli Books)

We often never hear the stories objects tell us. Forgetting that they too are a reflection of our aspiration and achievements, we hardly ever look at them as narrative tools. This illustrated volume hopes to change all that. Padma Bhushan recipient Vidya Dehejia has picked 100 objects that together tell us how India—a land of kings, queens, art, craft and trade—became a multicultural melting pot.

Rumours of Spring: A Girlhood in Kashmir (Fourth Estate): In this gripping memoir, Farah Bashir recalls her anxiety and fear while growing up in Kashmir in the ’90s.

Wanderers, Kings, Merchants: The Story of India Through its Languages (Penguin Viking): Peggy Mohan tells us stories of early Sanskrit and Urdu to show how migration has always shaped us. Even though Indian electronica has been around for a few decades, it hasn’t had many practitioners of note. Tech Panda (Rupinder Nanda) and Kenzani (Kedar Santwani), a Delhi based electronica duo, have, however, filled that vacuum. In the last few months, they have released several tracks that fuse Indian folk and classical samples with beats that are catchy and sounds that are novel. The resultant mix is invariably playful. All of Tech Panda’s and Kenzani’s repertoire feels familiar and also ingenious. Folk stalwart Paban Das Baul had collaborated with London-based musician Sam Mills to make popular the song, ‘Dil Ki Doya Hoye Na’. Tech Panda and Kenzani are, of course, doffing their hats by using the same Baul lyrics, but unlike Mills’ somewhat pop intervention, the new ‘Doya’ seems to give the tune a wholly electronic spin. You get drawn in because you recognize the song, but you stay because it feels fresh. Electronic music thrives on repetition. Once you start listening to ‘Doya’, it is hard to stop.

AUDIOBOOK: Paul Auster’s voice can seem altogether comforting. Hearing him narrate his novel 4 3 2 1, you feel glad that the physical book is 880 pages long. You’re sure to keep this on loop.

PODCAST: From waking up in morgues to boats nearly capsizing, THIS IS ACTUALLY HAPPENING brings you extraordinary true stories of life-changing events told by the people who lived them.