By sacrificing restraint for sentimentality, Pagglait squanders its promise 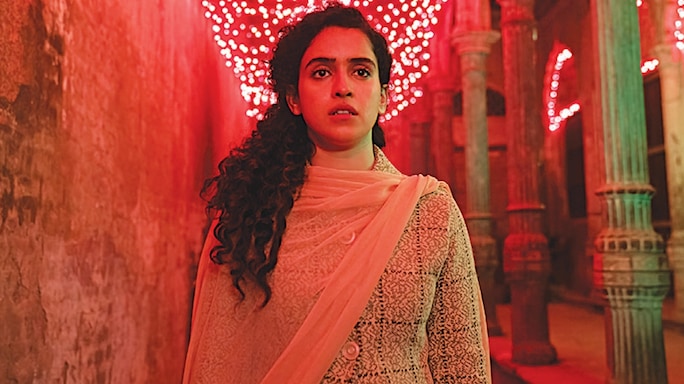 FIVE MONTHS into her marriage, Sandhya Giri (Sanya Malhotra) loses her husband, Astik. Instead of breaking down when reading the ‘RIP’ messages that pour in on Facebook, she gently mocks them. Rather than eat bland food, Sandhya wants Pepsi, chips and golgappas. She doesn’t go crazy with grief. She is, instead, thought of as crazy because she does not feel sorrow. The first 20 minutes of Pagglait make light of morbidity. They seem to suggest that life carries on despite death, and that we aren’t hardwired to grieve. Mourning is a construct, it says deftly.

Sadly, the Netflix film cannot hang on to its refreshing spiritedness for long. While there’s something novel about seeing Sandhya borrow memories of her dead husband from his ex, Aakanksha (Sayani Gupta), there’s also something contrived about the self-discovery that follows. The agency Sandhya finds is hardwon but it comes at a price for the viewer. Some scenes are maudlin, while others are underwhelming. Pagglait manipulates those very structures of feeling it starts out by laying bare. Sanya Malhotra’s performance does make it easy to forget one’s disappointment, but in the end, it’s Ashutosh Rana and Sheeba Chaddha who tug at your heartstrings. Playing Astik’s bereaved parents, Shivendra and Usha, they remind us that death has consequences other than emotion. They have lost not just a son, but also their family’s sole breadwinner.

Director Umesh Bist’s critique of orthodoxy can be applauded, yes, but had he not succumbed to pat sentimentality, Pagglait may have found a place in the Hindi film pantheon beyond compare.

Do You Like This Story?
4
3
Other Stories
Please enter valid text
Must Reads
Latest Issue