'I Have Never Held Auditions For Any Of My Films': Shyam Benegal

Veteran film-maker Shyam Benegal on how he became a director, his art, his vision and more It may sound surprising but Shyam Benegal, one of India’s foremost, most respected and well-known film directors, had to wait 13 long years before he found a producer willing to take up the script for his breakthrough project, Ankur (1974). There was no looking back thereafter. Benegal went from strength to strength crafting several critically-acclaimed, award-winning films—Nishant, Manthan, Bhumika, Kalyug, Trikaal, Suraj Ka Satvan Ghoda, to name just a few.

In an honest conversation with scriptwriter Rakesh Anand Bakshi, Benegal bares it all—his days as a beginner in the industry, his film-making philosophy, his thoughts on what constitutes a good writer-director relationship, and much more. Here, edited excerpts from the interview:

When did you arrive in or Mumbai to join the profession?

SB: I came to Mumbai looking for film-related work in 1958. I lived with the director, Guru Dutt, for a month and later, with his mother for a year. He asked me to join him as an assistant. I did not want to, because that way I would be just one of the several assistants and gofers (go-for) under him.

Moreover, I really did not want to make the kind of films he made, even though he was someone I held in high regard and he inspired me. Later, I took my script (Ankur) to various producers. No one agreed to make it. I was told that no one would be interested in seeing a film about an upper-caste landlord sleeping with his Dalit domestic help. The script did the rounds for the next 13 years till I finally found a willing producer!

What path did you choose to learn direction?

SB: I was never an assistant to any director. I began as a director. There were experienced film-makers, both documentary and fiction, who used to produce advertising films, such as Clement Baptista, V. M. Vijaykar and Durga Khote and Fali Bilimoria. Therefore, I never felt any kind of anxiety about my own ability to direct, even though I had to learn from scratch and all by myself.

I am not sure whether it was easier to direct since the script was also written by me. I am not sure whether doing it my way was better than going through a film school prior to becoming a director. Perhaps, it would have made the learning process quicker and easier had I studied at a film school. FTII started much later in 1961. At one time, I used to regret not having been formally educated in cinema. I would have learned more systematically than the way I was compelled to.

Learning on your own means that you have to learn everything from the very beginning. If you come via a film school you don’t need to reinvent the wheel. 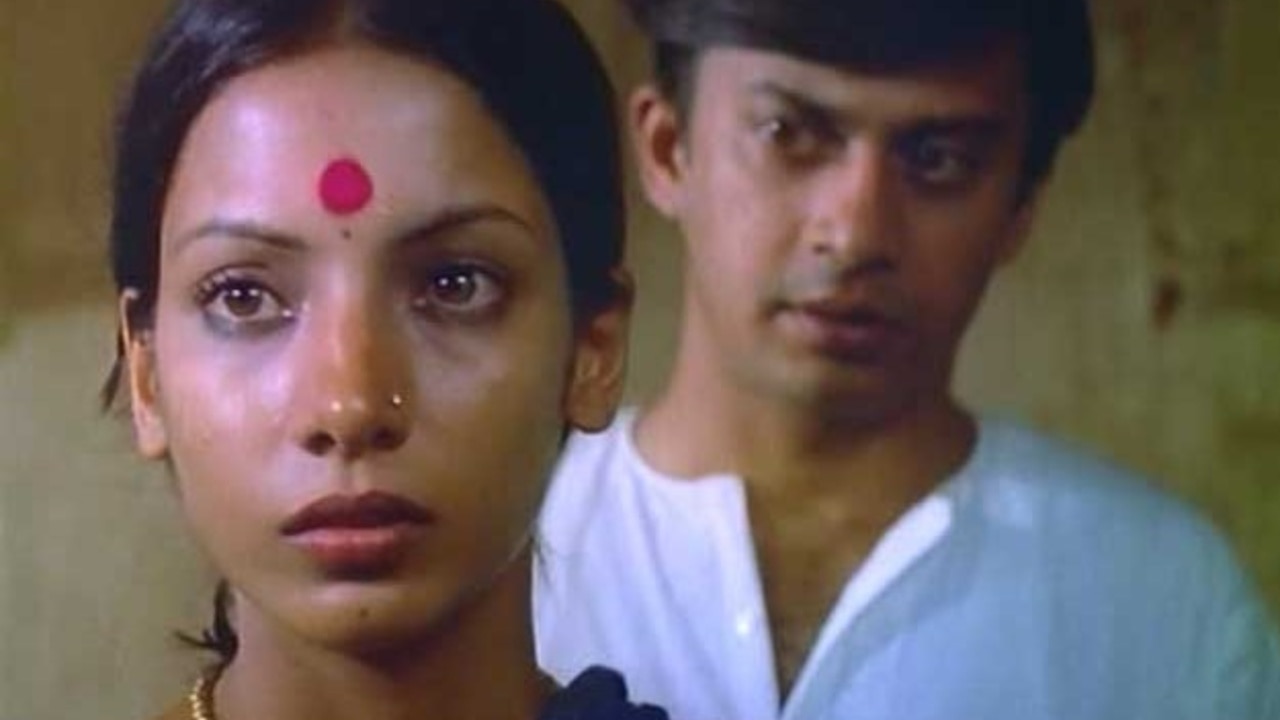 How do you normally cast actors? What are you looking for in actors when you hold auditions for them?

SB: I have never held any auditions for any of my films. As and when I did, those films never got made! [Laughs.] The only actor whom I have ever held an audition for was Kulbhushan Kharbanda, for my second film, Nishant. He came all the way from Calcutta to Bombay for the audition. His audition was simply a formality. I took him directly to Hyderabad the next day for the shoot. He had come to the audition without any real hope of getting a part in the film. Therefore, he had parked his car at the Calcutta airport to travel back home on his return the next day. I presume that his car remained at Calcutta airport for a long time until it was finally towed away by the municipal authorities.

I also look for commitment in an actor. Take someone like Naseeruddin Shah. He is a highly committed actor and always gives his very best to whatever he does. Commitment is as important as talent. Commitment to their craft and instinct are primary requirements in an actor. Smita Patil, for instance, was very instinctive. She had no formal training as an actor. She developed her craft as she went on.

What is the difference between writing a novel and a film script? What makes for a good writer–director relationship?

SB: There is a difference between a novelist and a film scriptwriter. A writer who writes novels only uses his imagination. A film director wants the scriptwriter to customize his or her writing according to the director’s vision and requirement. That is the fundamental difference.

The writer and director relationship can work only when both of them understand each other well. If somebody gives me a script and asks me to make a film based on it, and if the script does not inspire me in any way or does not suit my sensibility, the film I will make from such a script will be mediocre at best. I believe, the director has to be the author of the film, only then will they be able to harness and give direction to the creative contribution of the others involved in the process. There will always be some difference in sensibilities between two individuals. Although, there can be shared sensibilities. For instance, the sensibility that writer Abrar Alvi shared with his director Guru Dutt. They had a fine relationship. The way the characters were etched in Guru Dutt’s films matched both their sensibilities. This is very important. You don’t often see examples of that kind. I have had an excellent working relationship with eminent writers such as Girish Karnad, Shama Zaidi and Atul Tiwari, apart from late Satyadev Dubey. 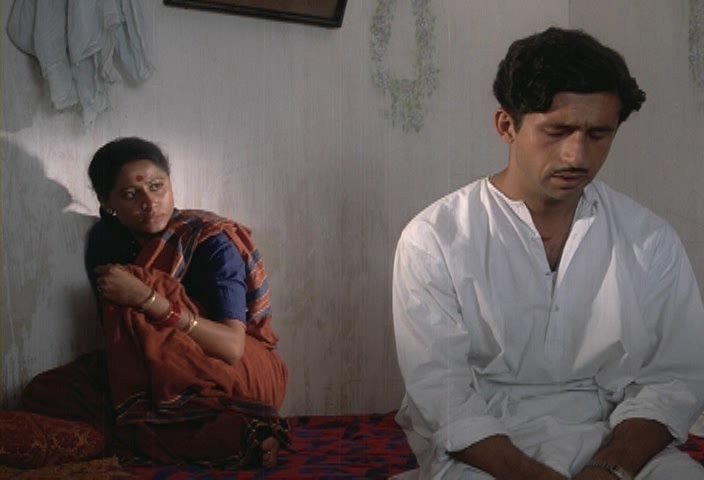 I was told that when you go to shoot a film in any location, you take your main crew and actors to the location of the shoot to mingle with the locals. Why?

SB: I did do that in the past, when all of us had the luxury of time. It was also not as expensive to do as it is today. However, I still think it is an excellent opportunity because it helps everyone get familiar with the world that is going to be recreated in the film. Today, this may be seen as a needless indulgence that is unnecessarily expensive. Nowadays, you rarely have the actors with you through the entire schedule as it is unaffordable. When I was shooting Nishant and Ankur, my actors were with me from the first day of the shoot to the last, even those who were not required for most of the days. For instance, Kulbhushan Kharbanda, who played an important part in Nishant, used to get into his costume and make-up and be on the sets every day even though I shot with him only on the last six days of a forty-five-day schedule. By the time I filmed with him, there was no question of my directing him. He was already steeped in that world and knew his part very well.

During Ankur, I made Shabana eat her meals seated on the floor, just like the character [Lakshmi] she played. All the others ate their meals at the table. During Manthan, I made the actors wear their character-costumes, which were stitched in the village, all through the period of the film’s shooting, so that their clothes looked properly worn. In Bhumika, which was set between 1930 and 1950, I got the actors to wear costumes from Guru Dutt’s Kaagaz Ke Phool (1959). The music composer Vanraj [Bhatia] used the music style of that period.

SB: See, if you choose to do something in life, you cannot harbour ifs and buts. You have to be fully committed. If you have alternatives, check them out before you make a commitment. There is no looking back once you make a commitment. When I was shooting my first feature film, Ankur, I had to travel to a location over 30 km away from our hotel every day.

Along the way, we would pass by a centre that housed a tank regiment. Their motto was ‘Bash on Regardless’. That gave me a great deal of confidence and continues to when I have a particularly difficult challenge to overcome. Excerpted, with permission from, Directors' Diaries 2: Conversations with Film-makers: Their Path to Film-making by Rakesh Anand Bakshi, published by Ebury Press, an imprint of Penguin Random House

Do You Like This Story?
7
2
Other Stories
Please enter valid text
Must Reads
Latest Issue